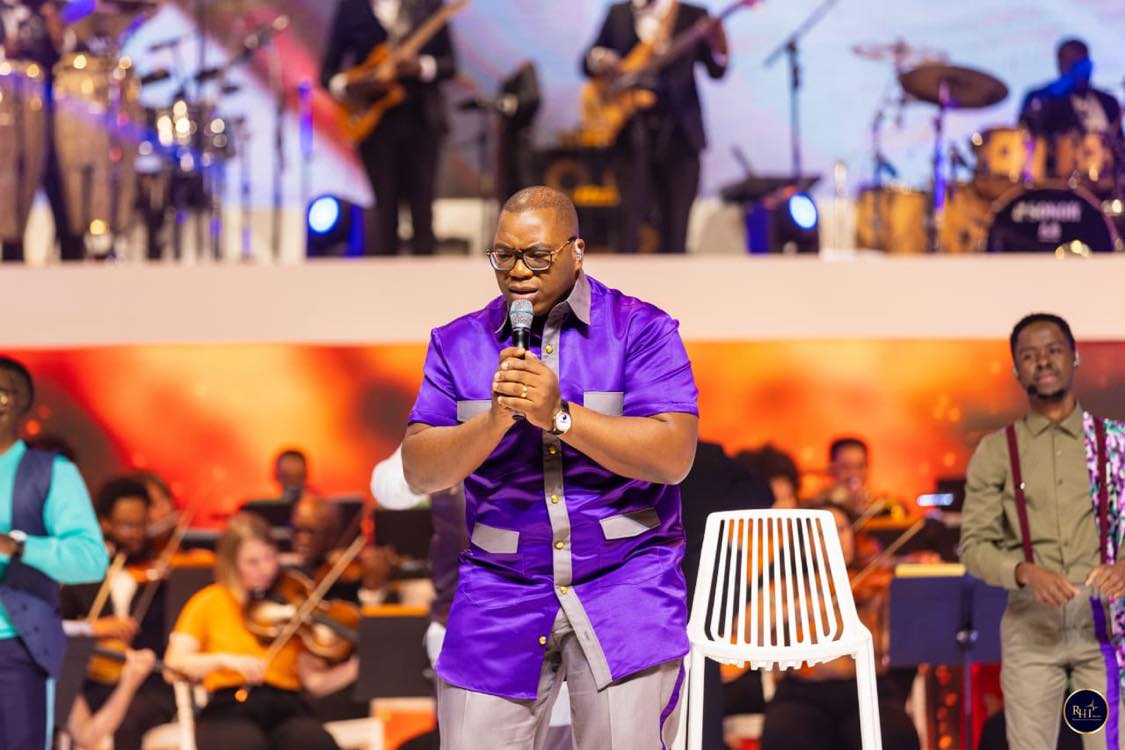 GROWING up, we all desire certain things, for various reasons.

The desires are influenced by different things – some by surroundings and others by family expectations.

For a young person it hurts, therefore, not having the stuff you desire.

It can be a source of great personal anguish that can last well into adulthood.

For gospel singer Everton Mlalazi, the story was the same. The budding musician used to like live performances, but could not afford the admission fees because at the time he made his early inroads, music – even the gospel genre – had already been commercialised.

You basically had to pay yourself to play music in front of crowds!

“Growing up, I found it hard to attend music concerts because I couldn’t afford them,” Mlalazi told The NewsHawks this week.

“So for the few times we host concerts we try to make them reachable to many. It’s a free will offering to God.”

But it is not just a free show, when it comes to staging live concerts. Mlalazi now invests heavily in the productions, with the recent one being the Vine Concert.

“On the Vine Concert we wanted to see the best way to show heaven on stage. It’s impossible because we know that the Glory of God covers heaven and the beauty is unimaginable. However, that’s what we wanted to show with the classical music to it. We have only held two concerts and there have been many paying concerts that are sold out. We try as much as possible to attend concerts for fellow gospel musicians.”

Music, for Mlalazi, is also about lifestyle, attitude and glamour.

Many of his fans will remember how lavish his 40th birthday celebrations were in Bulawayo.

It was a homecoming gig in his hometown, where he began his ministry as a member of Seventh-Day Adventist Christian.

Now based in the capital Harare, where he holds a day job as a financial analyst, Mlalazi is married with two children.

And he loves family life, his wife being heavily involved in his music.

“My wife is the manager for my music,” he said. “She helps me manage both home and the music. It’s easier planning my work around her and the kids because they all are involved. My wife and kids are a huge part of me. I participate in their lives fully and they do the same.”

One of his daughters has featured in his videos as well as live performances, playing the piano.

What exactly inspires Mlalazi’s music? He answers: “I am an ardent student of the Bible. I meditate and agonise on my life constantly and that coupled with my relationship with God inspires my music. I believe music must minister your People’s needs. It must minister for the broken hearted, to the bereaved, to the sick, to those without hope.”

Mlalazi has in recent times worked with some of Zimbabwe’s finest gospel musicians, and as he explains, the collaborations were not by chance.

“When Covid-19 was ravaging, I did Pfugama Unamate with Minister Mahendere because while we come from different churches, my belief is that prayer is a universal language,” said Mlalazi.

“Regardless of which church you go to, you need to seek the Lord in prayer. Due to Covid-19, many were losing hope and we decided to do Mwari Hamushanduki (God you do not change) and I thought Bishop Benjamin Dube has been singing for a long time and if I sang with him to reassure people that God doesn’t change, maybe some would believe.”

Of late, gospel music has become competitive such that artists are looking at ways to differentiate themselves, or do better than others through song and visuals.

However, Mlalazi says he was not in competition with anyone.

“I am not aware that there is competition in gospel music. However, I believe that there is fragmentation. We could work together more than what we are doing currently,” he said.

His career highlight has been the recognition by Zimbabwe Music Awards for Best Contemporary Music.

“I was really humbled by that and the influence my music has on people’s lives. The testimonies I get from many people are really humbling but also encourage me to continue in ministry,” he said.

“I have been nominated for about FIVE awards and have received 2 so far as a solo artist and one with my group The Vine.”

Asked if he was using money since he shot to fame, Mlalazi said: “If you want to begin a music career in gospel remember the three Ds – determination, dedication and discipline. These will take you places. It is not about resources but those three that will take your music forward. Good music speaks for itself and it will get the attention it deserves.”

Coming from a good family support system, Mlalazi acknowledged everyone who has been part of music journey.

“My family (wife and kids), my music producer (Nigel Nyangombe) and the whole technical team and the fans who have supported me, and fellow artists for the encouragement. May God bless you all,” he said as a parting shot.