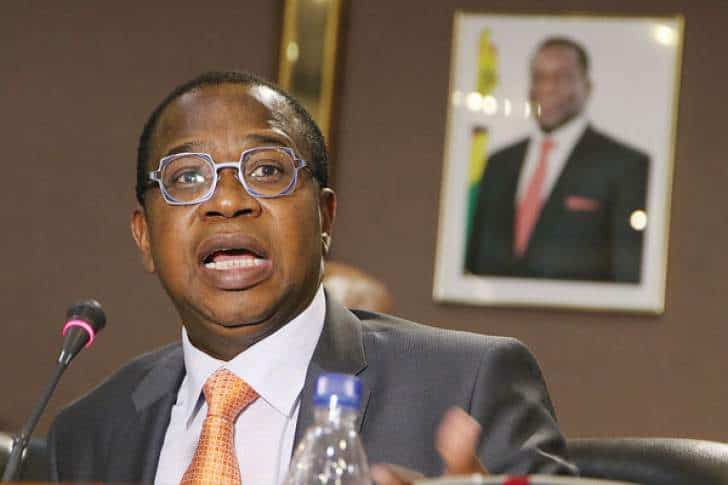 ZIMBABWE’S Treasury has exposed a calculated plot to loot public funds through an inflated tender awarded by Parliament to two companies which are charging astronomical prices for the supply of laptops and desktop computers, The NewsHawks has established.

After thwarting the looting bid, the ministry of Finance cancelled the tender and blacklisted the companies involved.

Public procurement through tenders and contracts is central to government service delivery. It involves large sums of money.

Blinart Investments has also been one of the suppliers for state institutions such as TelOne and local authority Bindura municipality.

In a letter dated 14 September addressed to Clerk of Parliament Kennedy Chokuda, Finance permanent secretary George Guvamatanga expresses grave concern over the exceedingly overestimated prices charged by the two companies for the supply of laptops and desktops.

“Treasury notes with concern that these suppliers are charging US$9 264.48 and US$3 076.61 for a laptop and a desktop, respectively. These USD prices have been exorbitantly inflated way beyond those that are prevailing in the market and hence, are not acceptable,” wrote Guvamatanga in a letter that was copied to Finance minister Mthuli Ncube, Chief Secretary to the President and Cabinet Misheck Sibanda, Auditor-General Mildred Chiri, Procurement Regulatory Authority of Zimbabwe chief executive Clever Ruswa and other senior government officials.

“Notwithstanding the high prices, the tender award is in complete disregard of the Treasury minute dated 3 August 2022, directing ministries to ensure value for money for government and hence, to rationalise all procurement processes with a view to operating within the confines of the willing buyer willing seller foreign exchange rate.

“In this regard and to ensure value for money for government, in line with the Public Finance Management Act (Chapter 22:19) which empowers Treasury to manage and control resources, Treasury directs that this tender be cancelled and the concerned suppliers be blacklisted from any future government procurement process.”

Blinart is one of the company’s which buys foreign currency from the official forex auction system. A 16-inch Macbook pro, 1TB, M1 pro, one of the top end market laptops is being sold at US$3620 at Solution Centre, one of the country’s accredited dealers for Apple products.

A 27-inch IMAC Retina, a powerful desktop mainly used by advertising and electronic media organisations due to its efficiency, costs US$3400 at Solutions Centre.

The blacklisting of the two companies comes barely a month after Treasury suspended payments to the government’s contractors and service providers until a due diligence exercise is carried out in what is clear admission on the forces behind parallel market foreign exchange trades which have ratcheted up inflationary pressure in the economy.

Following the blacklisting of several companies in recent times, the Finance ministry tightened the screws on suppliers and government departments by carrying out a validation exercise on subsisting government contracts which are being subjected to value-for-money audits.

As reported by The NewsHawks recently, government procurement and service providers —who include public works contractors and suppliers of goods and services — were destabilising the foreign exchange market by offloading part of their staggering monthly payments, fuelling inflation.

In August, Guvamatanga wrote to senior government officials, including Martin Rushwaya, deputy chief secretary to the President and Cabinet, and Jonathan Wutawunashe, secretary to the Public Service Commission, among others, advising them that Treasury had suspended funding for payments submitted as at 31 July as it reviewed existing procurement contracts.

Forward pricing by contractors and buying of foreign currency from the parallel market, according to Guvamatanga, has resulted in budget overruns which are piling pressure on Treasury to fund expenditure which is not aligned with revenue inflows.

He said going forward, government ministries, departments and agencies are required to seek Treasury approval on contract prices in order to ensure effective control in the utilisation of public resources as guided by the Public Finance Management Act.

In addition, all payment runs submitted to Treasury should have been reviewed and signed off by the accounting officer, ensuring value for money in procurement and confirming that the pricing framework is line with government policy.

However, the rate is coming down due to a cocktail of tight monetary policy measures and crackdown on the market. Most of the government’s procurement of goods, works and services is financed from short-term public funds.

Zinara to answer for massive decay