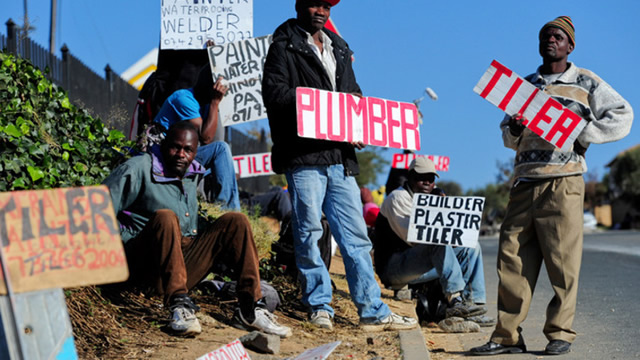 DESPITE the endless exodus of locals in search of greener pastures, Zimbabwe’s statistical agency says the country’s unemployment rate stands at 48%, a figure which downplays independent estimates putting the estimate at around 80%.

The country’s unstable socio-economic environment has been one of the major push factors driving thousands to neighbouring countries and further afield in search of better employment prospects. The growing number of Zimbabweans in regional countries like South Africa has been one of the factors behind the xenophobic attacks targeting foreign nationals in the neighbouring country.

The Zimbabwe National Statistics Agency (ZimStat), which recently announced that the country recorded a spike in locals who left the country over the past few years, has revealed the working age population was estimated at nine million, constituting 59% of the total population.

Around 3.3 million of the working age population were currently employed. The national employment-to-population ratio (EPR) stood at 35%. Harare had the highest proportion of the employed population at around 26% followed by Mashonaland West at 13%.

ZimStat conducts Quarterly Labour Force Surveys (QLFSs) as a way of ensuring timely provision of high frequency labour market statistics that informs planning and decision making. This report presents the 2022 second quarter QLFS results. The QLFS provides key labour market indicators which include but not limited to levels of employment both formal and informal, unemployment and some labour under-utilisation indicators, income levels, labour migration and job losses. These statistics are useful in providing information for policy formulation on employment, human capital development strategies, macro-economic development, incomes support and social programmes. The survey findings also feed into the compilation of the quarterly gross domestic product (GDP) of the economy.

The Quarterly Labour Force Survey (QLFS) is a national household-based sample survey which was conducted in private households both in rural and urban areas across all provinces of Zimbabwe. The survey produces key labour market indicators which include levels of formal and informal employment, unemployment and other labour under-utilisation indicators, labour migrants as well as job losses.

A production unit is considered to be in the informal sector if the establishment is not registered with the Registrar of Companies. Informal employment is determined by the characteristics of the job a person holds. Informal employment includes the following jobs: own account workers and employers employed in their own informal sector enterprises; unpaid contributing family workers irrespective of whether they work in formal or informal sector enterprises; members of informal producers’ cooperative, and paid employees not entitled to any of the following: contribution to pension fund by employer, paid annual leave, paid sick leave and written contract with employer.