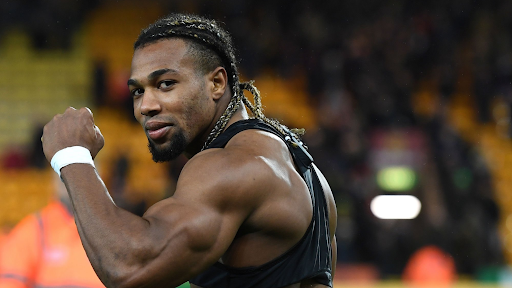 For Adama Traore (pictured), choosing Spain as option for an international football career was a no-brainer.

Mali, where his parents hail from, had also made an offer for the muscular Barcelona-born Wolverhampton Wanderers winger.

While Mali was a realistic option for the 24-yearcold Wolves star, that route, frankly speaking, was never going to be the first choice for Traore.

Spain is one of the best national teams on the planet, World Cup winners in 2010. The decision was not rocket science, really: only if La Roja were not interested in Traore was he going to go the Mali way.

Traore is a world-class footballer, a player that can walk into any international team these days. All due respect to the land of his forefathers, it would be ridiculously unreasonable to expect Traore to turn down a call-up from Spain, world champions 10 years ago.

Besides, let us not forget that Traore is Spanish-born—raised in that culture—and probably feels more Spanish than anything.

You do not get to choose where you are born, and people’s loyalty is based on these factors and reality of life.

Zimbabwe, like Mali and other African nations with a strong Diaspora community, can testify to this notion insofar as enticing foreign-born footballers is concerned.

For Zimbabwe, this has been a painstaking process that has been slightly rewarding as it has been frustrating.

Tendayi Darikwa, who was born in England, and Alec Mudimu, who moved to the UK at the age of five, have brought a semblance of stability to Zimbabwe’s lineup since they both answered their African motherland’s call a couple of years back.

Whenever these two defenders are in the side, it is quite easy—for somebody with a good taste in football—to detect the kind of professional footballing upbringing that Darikwa and Mudimu were exposed to. Let us be frank, though,
and acknowledge the fact of the matter that both players were probably never going to go the Warriors route had
they been anywhere nearcontention for places in the England team.

Had that been the case, no reasonable argument could fault them, because making important life choices is part of being an adult. When people have to make choices based on their right to weigh options, like selecting the football
team to play for, nobody should claim monopoly  over feelings of allegiance.

I say this particularly in the wake of developments this week that Kundai Benyu, a 22-year-old English-born midfoelder, was at the Zimbabwean embassy in London this week to regularise his documents for a possible Warriors call-up.

Benyu currently plays for Wealdstone, a semi-professional outfit in the lower ranks of the English football system. At 22—quite a ripe age in football—he really should already be thereabouts if he harbours any ambitions of playing for England.

So, somebody like him will be looking at Zimbabwe as the more realistic opportunity for an international career. But things can change quickly in football. Ipswich-born Macauley

Bonne appears drifting away from Zimbabwe before he has even played, nearly a year after being granted a local passport by the Southern African country.

At 25, the free-scoring Queens Park Rangers forward—now with another opportunity to prove his worth at a level at competitive as England’s second-tier league—might be feeling he still has time on his side to aim even higher.

Didn’t Leicester City hitman Jamie Vardy, who Bonne was once flatteringly compared to, make his England debut at the age of 28? England, or Zimbabwe, is a choice Bonne is entirely entitled by birthright and ancestry.