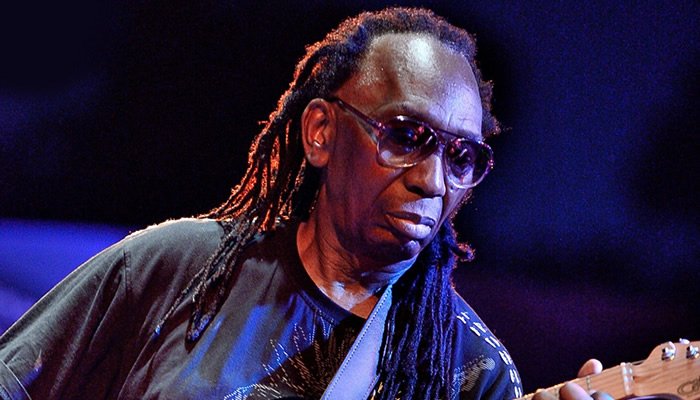 LEGENDARY Chimurenga musician Thomas Mapfumo (pictured) once sparked a storm when he declared that there were only two international musicians in Zimbabwe: Oliver Mtukudzi and himself.

While Mapfumo’s statement was viewed as an attack on other musicians, it provokes debate on the status of our artistes on the global stage.

Nigeria’s Wizkid and Davido made history when they sold-out the 02 Arena in London. Recently, Burma Boy sold more than 15 000 tickets at the same arena. Wizkid is reported to have sold-out the 20 000-seater 02 Arena in 12minutes. Nigerians have continued to increase their footprint on the international music scene in both concert and music sales.

Closer to home, South African music producer and musician Master KG made a huge impact across the world with his hit song Jerusalema. The South African Music Awards correctly observed when presenting Master KG the International Achievement Recognition award: “Through his smash hit Jerusalema featuring Nomcebo, he reached the stratosphere of international fame and acclaim.”

The anthemic Jerusalema sparked an international dance phenomenon that took every corner of the world by storm. The internet was awash with videos of flash mobs and musicians remixing the song from North America, South America and Europe to Asia, Australia and of course the mother continent, Africa. This saw Master KG playing at countless platforms across the world.

Rising music star Makhadzi has also notched up sold out shows in the southern African region.

Despite the many shows Zimbabwean musicians have held in South Africa, Botswana, UK, Canada, Australia and Dubai, they have remained stuck with the local audience. The United Kingdom hosts the most, including Zimfest, JamAfro and Sama, but they are all targeted at the Zimbabwean diaspora.

Our artistes and promoters have failed to utilise the “international tours” to reach out to new audiences and market. They have failed to attract to those shows other nationalities.

Imagine Burma Boy coming to Zimbabwe to play for Nigerians or Makhadzi coming here to play for South Africans or Kofi Olomide performing for Congolese and calling that an international show.

Mapfumo and Mtukudzi toured the world, playing to international audiences. The same with the Bhundu Boys, Stella Chiweshe and John Chibadura. You cannot say the same of Winky D, Alick Macheso, Jah Prayzah, Killer T, Freeman or Suluman Chimbetu. Mapfumo is vindicated for being honest with our artistes.

Our only consolation is Mokoomba who are doing well on the international gigs circuit, especially the festivals. Otherwise, 99% of our shows are targeting the Zimbabwean diaspora, not international audiences.

Let us rise above that and fill the 02 Arena, Accor Arena, Philharmonie de Paris, Century Link Field and other international venues with natives of those countries.

We are what we eat, says Pastor G on weight loss