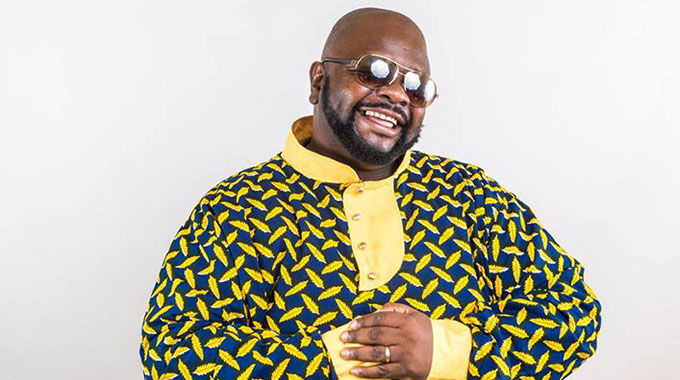 PASTOR G is an absolute giant of a man by nature, a really huge fellow whose sheer size turns heads wherever he goes.

For a number of years, the famous Zimbabwean gospel musician has been fighting what seemed like a losing battle to shed off excess weight.

All the hard work and determination are however finally paying off for the affable pastor and songwriter, whose real name is Stanley Gwanzura.

For Pastor G, losing weight is not a stroll in the park; it is an arduous journey.

The first step, he reveals, was to cut his diet by almost half, then followed by a change of mindset.

This is the remarkable story of Pastor G, a charismatic figure who has dominated Zimbabwe’s social and religious scenes for decades.

The target for Pastor G is to lose 50kgs and get to 100kgs. To go with it, he will also re-arrange his wardrobe to avoid sagging pants.

“Yes, I am losing my wardrobe, but at the same time, I am getting a new one!” quips Pastor G in a chat with The NewsHawks this week.

“So I have had to buy some new clothes in the last couple of days.”

Pastor G is now 50 years old and counting, an age that carries a risk for such ailments as high blood pressure.

This has been one of the chief reasons in his pursuit of a leaner body.

“I embarked on the weight loss journey simply because I wanted to get healthier,” says Pastor G.

“I feel like I needed to lose weight because I am actually 50, and when you are over 50, co-morbidities set in such as hypertension, blood pressure and things like that. Diabetes – I don’t have diabetes but blood pressure I suffer from that. So I have to make sure that at least I get weight which makes me manage it better. And also just be able to have wellness. And that is how the journey actually started.”

Pastor G enrolled for a programme called Aruka Lighten Up, a programme run by Pastor Mtungwazi and his wife Rutendo.

“It’s a very intensive in terms of the dietary requirements, and that helped me for the first 40 days, I was on 500 calories per day. If you understand food science, you would know that 500 calories is very little food. Also, I was on a diet of vegetables and meat and no carbohydrates, sugar, bread, or rice. In those first 40, days I lost 23kgs. By the time I had hit 60 days, I had lost 33 kilogrammes. In five months, I had lost 43kgs. I was on 193kg I am now on 150.8 kgs.”

And as part of that regime, Pastor G would go walking and live on a diet of fewer carbohydrates.

“In fact, I do vegetables most of the time,” he adds. “I might have some carbs here and there, but very little carbs, almost five to six days a week I don’t do any carbs. No cokes, no sugar or fizzes. I use sweeteners. There is a sweetener I use called Stevia from South Africa which I use for my dietary requirements.”

While this sounds like an easy routine, Pastor G admits to battling serious cravings.

“You need to do exercises such as cardio-high intensity. Walking is the most effective means of weight loss because if you walk three to four kilometres a day, that helps you with steady weight loss and it is not hard on the muscles, the knees and the bones. Walking is just steady; as long as you are walking 3-4 kilometres a day it helps as well. But, dieting is the main thing especially in the area of carbohydrates and sugar because those two things lead to glucose which turns into fat in the body. The key is always to get your body to use its own fuel instead of using the fuel that comes from eating carbs. Every time we eat, the body stores fat. And as a result, we become insulin resistant, because the more carbs we eat the more the pancreas has to produce insulin,” he explains.

What is his advice to those who want to lose weight? Cut your portions in half.

“This is for those who want to lose weight,” says Pastor G. “Where you were eating five, begin to eat two. Where you ate a big portion, begin to eat half of that. Half a portion of sadza, rice, and whatever you used to eat. Also, change the time of eating. Try and eat between 11 and six in the evening. A lot of times we just walk from the car to the office, the car to the

shops and we don’t exercise. Join a gym, and get a trainer because 80% of it is what we eat. We are what we eat.”

Pastor G admits that his quality of life used to be low, health-wise.

“I don’t get easily tired or fatigued. I no longer have the aches and pains that come with overweight, especially in the muscle and on the feet,” he says.

“I am so privileged that the Lord has helped me to lose weight and given me discipline, and that has also helped me to be more alert than I have ever been in my life. Usually, I felt sluggish and tired in terms of just performing on stage.”

And those who have watched Pastor G perform on stage since his weight loss journey can testify to a more electrifying entertainer.

Pastor G’s debut album as a solo artiste was Tariro. His second album, Reflections of a Street Preacher, featured songs like Walk Alone, Count Your Blessings and the banger Chibilika.

His third release, Diary of a Street Preacher, featured the song Zvichanaka and several other songs like More Than Love, I Worship You and Ndaiwana Hama.

The fourth album, Psalms of the Street Preacher, did well with the hit My Home.

The fifth album was called Inspiration and had songs Mandipa and Better Man, among others.

Quadrology Plus was his sixth album and it features the hit Satisfy My Soul. It was almost a compilation of his first four albums with some new material.

Then the live DVD titled Mhoroi was his seventh.

His ninth album was called Indestructible, released in 2012. Then came his 10th album, Legacy 1610.

“My 11th album was called Victory 1911 because I was celebrating my 10 years in the music industry. From then I have been dropping singles like Ishe Komborera, Mweya Mutsvene, Versace neBachi, Zvichanaka 2021, and just recently I released Mirira which is doing well on Star FM gospel charts,” he says.

“There is another album I released in 2021 called Favour 2012. It’s a live DVD. I am dropping my 13th, Hope Reloaded, hopefully in October, but I’m most likely moving this to December.”

Related Topics:Pastor G
Up Next