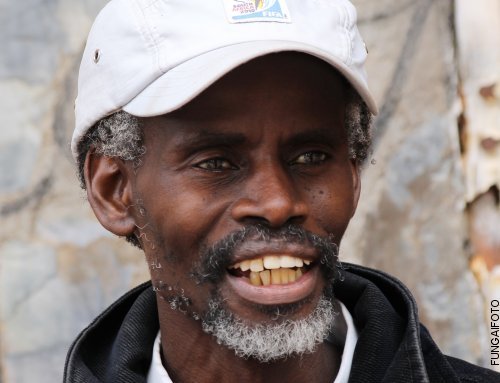 ZIMBABWE has what is known as the National Heroes’ Acre, a cemetery located in the capital city Harare, where the country’s greatest citizens should be laid to rest.

To be buried there, one must be declared a “national hero” by the government.

Thus interment at the shrine has largely been a preserve of the political elite, mainly associated with the ruling Zanu PF.

Quite a few “neutrals” and non-politicians have however been conferred with “national hero” status, but their families chose to have them buried elsewhere. A good example is the late world-famous Zimbabwean music superstar, Oliver Mtukudzi, who was laid to rest at his rural home in Madziwa.

Another icon of the Zimbabwean arts industry who could have possibly been granted that status was playwright, film-maker, actor and producer Cont Mhlanga – who died in Bulawayo last week at the age of 64.

Mhlanga was not declared a national hero, as many of his admirers had clamoured, but not that it mattered for the man himself as he professed in his lifetime.

In fact, the celebrated theatre doyen made a special request: I do not want hero status.

Mhlanga, who succumbed to pneumonia, wished to be buried at his rural home in Lupane.

There have been murmurings on various social media platforms, with his followers suggesting that the government might have erred by not according Mhlanga hero status.

They compared Mhlanga to other artistes like Simon Chimbetu, Cde Chinx Chingaira and lately Soul Jah Love, who were accorded “provincial hero” status.

However, National Arts Council of Zimbabwe director Nicholas Moyo confirmed to The NewsHawks at the weekend that prior to his death, Mhlanga had insisted that he was not a hero.

“The truth of the matter is that Mhlanga’s wish was granted,” Moyo said.

“He told me in no uncertain terms that ‘Moyo, I don’t want you to lobby for me to be given a hero status. Please allow me to rest’. So those who blamed the government for not according him a hero status are misinformed. And remember there is a process before one could be accorded such a status. With regards to Cont, none of that took place because he didn’t want that.”

That however didn’t stop a legion of Mhlanga’s fans, including high-profile figures, to personally honour the late arts guru.

Former information minister Jonathan Moyo said: “Cont was a national hero; he deserves that status; his legacy is a national treasure for posterity.”

“He (Mhlanga) was a leader. He was a thinker. He was a pioneer. He was a visionary. He was so many things,” he said. “The best way to honour him was to give him national honours. We must not just mourn him, but celebrate his legacy.”

And yet the best recognition of Mhlanga’s contribution to the creative industry came from President Emmerson Mnangagwa, who granted a State-assisted funeral.

Accord to Zanu PF’s secretary for administration Obert Mpofu, the conferment of liberation hero status has over the years changed in form and context.

“It is no longer limited to those who played a role in the liberation war only, but those who actively advocated for the emancipation and liberation of people in post-independence Zimbabwe are now being accorded the same honour,” he once said.