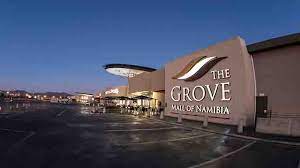 ZIMBABWEAN institutional investors, led by pension funds, are moving to take over a US$113 million (R1.8 billion or N$1.8 billion) retail property, The Grove Mall of Namibia, in Windhoek — the biggest shopping precinct in the country — built by South Africa’s Atterbury Properties, owned by the JSE-listed Atterbury Group.

Stratus led by Chikuni Shenjere-Mutiswa, a chartered financial analyst whose experience in executive investment management spans two decades, brokered the deal. Bard,   which is the lead financial advisor, is led by local banker Senziwani Sikhosana, who is the chief executive of the company, with over two decades experience in banking, investment, property, and capital and money markets.

Regional market sources in Pretoria, Windhoek and Harare where the deal is being structured say Bard and Stratus, working with relevant stakeholders, are working on a transaction which will see Atterbury Property Holdings selling the mall to Zimbabwean investors, mainly pension funds. Atterbury is a real estate development, investment and management company.

It develops prime mixed-use, commercial, retail and industrial properties. From its South African roots, it has spread its wings across Africa and into Europe. In the process, it has developed many properties in South Africa, sub-Saharan Africa and Europe worth billions.

Sikhosana told The NewsHawks: “We are not able to comment on that now, but we will let you know when we are ready.”

Atterbury chief executive Armond Boshoff and Shenjere-Mutiswa, the Stratus boss, were not available for comment. However, a Namibian source at The Grove Mall said: “Atterbury Properties, which is owned by the Atterbury Group, are selling their stake in The Grove Mall of Namibia for N$1.8 billion (US$133 million). The deal is being handled by Bard and Stratus, which are Zimbabwean financial advisory and asset management companies,” a source said.

“It’s a good deal involving the biggest retail business property in Namibia. The mall, which is dominated by top A-grade tenants, has an annual turnover of N$890 million (US$56 million). Zimbabwe an institutional investors, mainly pension funds, are interested and negotiations are at an advanced stage.”

Now they increasingly invest in a variety of asset classes, including  private equity, real estate, infrastructure, and securities to hedge inflation.

The current Pension and Provident Funds Act in Zimbabwe is being amended through the Pensions and Provident Funds Bill to modernise and strengthen the regulation and supervision of the pensions industry, while giving them flexibility to invest in other markets.  There has been very little legislation on the subject of pensions law with the current law statute having been promulgated in 1976.

However, the adoption of the 20213 constitution and the Justice Smith Commission of Inquiry of 2017 has brought with it great optimism and potential enormous impact on the pensions sector. For decades, Zimbabwean pension funds have been investing in real estate asset class, recognising the important role it plays within investment portfolios to help build a diversified portfolio and manage risk, while hedging against inflation.

As  an  asset  class,  real  estate demonstrates valuable and distinct investment characteristics that have made it a staple in pension investment portfolios.

For decades, Zimbabwean pension funds have been investing in real estate asset class, recognising the important role it plays within investment portfolios to help build a diversified portfolio and manage risk, while hedging against inflation.

Binga folks eke out a living on the river of dreams