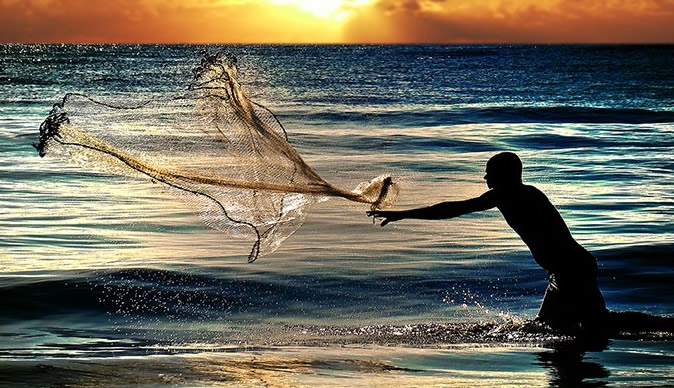 LUCKY Mugombe (23) and his friend Emmanuel Mudenda (21) sit around a fire near the Zambezi River in Binga’s Simatelele village as they warm themselves on a winter morning.

The two fishers have endured a cold night on the perilous Zambezi which has now become their second home.

It is 6am and the two fishers have just disembarked from a fishing ferry, essentially a ticket to their next meal.

They have been toiling all night, with little to show for it.

As winter sets in, fishing becomes a tedious affair on the Zambezi, Africa’s fourth-longest river, which meanders through six countries.

“During winter the temperatures are too cold so there is not much you can get. Last month (April) we managed to get a lot of kapenta and fish,” Mugombe said.

“It is tough, I wish I had something else to do. The merchants who buy the fish always negotiate low prices so at the end of the day you do not get anything.”

Mugombe relocated to Binga from Fort Rixon near Bulawayo where he was working as a gold panner.

But fortunes have changed, exacerbated by the global climate crisis which has seen the water temperature exceeding 28 degrees Celsius.

Fish and kapenta are now elusive in these waters.

“It has not been raining much so you hardly get a lot of fish from the Zambezi. It is now tough being a fisherman, but there is nothing we can do because that’s all we have here,” Mudenda weighed in.

Mudenda, who learnt fishing from his father, makes US$15 per day from selling fish to merchants.

He admitted that wading the waters every night was a dangerous affair.

“We literally sleep on the boat, and you never know what will happen to you. Sometimes the winds will be too much, but you just believe you will live to see another day. Many have died on the Zambezi when their boats capsized,” Mudenda said.

The 21-year-old had to learn how to swim in case his boat capsizes.

“This job is like working in a mine, anything can happen to you. If you are unfortunate, you die here, but it does not happen every day,” he added as he removes a bucket of fish from the ferry.

He said: “But I am not afraid, this is like home.”

Mudenda is employed by a fish magnate in Binga but dreams of owning a fishing rig.

“It is difficult to ever get such money, but I believe I will one day.

Qt night, when The NewsHawks visits the other side of the Zambezi near Siachilaba village, flickering torches are shining in thick darkness as fishmongers sail the perilous waters in small boats.

Ferry captain Talent Siyakanyowa (28) is getting ready to sail to navigate his watercraft.

About 100 yards into the water, Siyakanyowa lowers the fish net, with a huge light bulb used to attract kapenta.

After two hours, Siyakanyowa lifts the net, which is now full of kapenta.

He recounted how he embarked on the job.

“I started working on the boat in 2018. This job is dangerous, but this is my livelihood, so I must do it. Some nights are very windy, and the pontoons can break, which makes the boat sink. Our boat is old now and water sometimes gets into the boat while fishing,” Siyakanyowa said.

At a distance, some fishers hold small torches while others work with floodlights to attract kapenta. They take turns to pedal through the waters.

As they sail into deep waters, where they will cast their nets, some unwanted visitors are lurking in the dark.

The boat ride in crocodile-infested waters is no stroll in the park.

In the dead of night, fishers are busy at work, hoping for a big catch.

But some may not make it back home as the old boats and canoes sometimes capsize in the deep waters of the Zambezi.

At times fishers are atta ked by hippopotamuses and crocodiles.

With little in the village granaries from the previous yields due to poor rains, the Siachilaba community relies on fishing for a livelihood.

Fishing is an important activity for the BaTonga people who are known for their love for fish, a well-known delicacy.

Related Topics:Binga fishing
Up Next