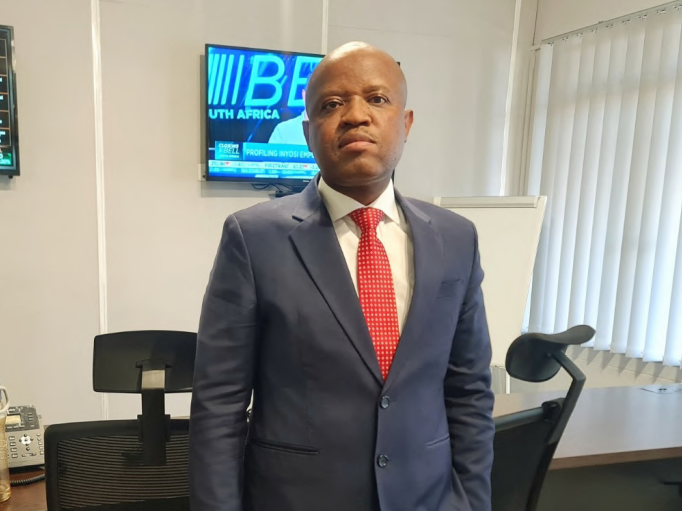 IN a major blow, Tetrad Investment Bank (TIB) directors and management have suffered a reversal after the High Court in Harare ruled that their urgent chamber application for an interdict against Bard Santner Investors (Pvt) Ltd (BSI) to prevent it from engaging disgruntled stakeholders is not urgent.

This means BSI, an asset management company which is a subsidiary of local financial advisory firm Bard Santner Markets Inc, can now talk to TIB shareholders who want to engage it over their equity stakes in the defunct bank without legal threats hanging over their head.

Through its lawyers, Gill, Godlonton & Gerrans, TIB and The Trustees of the Vincent Trust had filed an urgent chamber application for an interdict against BSI to stop it from engaging the bank’s shareholders demanding a return on investment.

TIB and the trustees are the applicants in the case, while BSI is the respondent. In a ruling on Thursday, Justice Esther Muremba said TIB’s case was not urgent and should proceed through the normal court process. She struck the case off the roll of urgent matters.

“Justice Muremba found that the matter could not be dealt with on an urgent basis. The applicant could not show cause why it should be treated as urgent; they could not identify that which could not wait, requiring the court to intervene urgently,” BSI lawyer Everson Samukange said in a media brief.

“As a result the matter was struck from the roll of urgent matters. The applicant was ordered to pay the respondent’s costs. It was also found BSI as a duly licensed asset management company had not forced any of TIB shareholders to seek its services.

“Further, it was found the allegation of reputational damage by applicants cannot be a justification for the court’s intervention on an urgent basis.”

While Samukange of Samkange Hungwe Attorneys represented BSI, Herbert Mutasa stood for Tetrad. This comes amid an ongoing heated row between TIB shareholders and directors/ management for the control of the closed financial institution’s US$13 million asset portfolio.

Shareholders led by Jackie Levey and Dimitri Divaris are battling it out with directors led by Andre Lourenco Vermaak and trustees such as John Pybus.

Since 30 October 2018, a five-member board led by economist Appollinaire Ndorukwigira, who is the acting chairperson, has been running the affairs of the bank.

The bank is now owned by its shareholders, not Tetrad Holdings as used to be the case before the debt-to-equity scheme of arrangement. In its court application, TIB and its trustees had said they had “reasonable apprehension” that BSI has certain information about shareholders as a result of “data breaches” that could cause “irreparable harm” to their business interests.

“The First Applicant (TIB) has a reasonable apprehension of irreparable harm arising from certain data breaches relating to the information that it is in possession of,” the court application said.

“The second applicant (The Trustees of the Vincent Trust) being the data subject concerned has an equal apprehension of irreparable harm arising from the aforesaid data breach.

The judge said there was nothing urgent about TIB’s application as it could not even establish cause for intervention on an urgent basis. Prior to this, TIB had written BSI a letter dated 6 October 2022 demanding that it cease interacting with its shareholders.

However, BSI had replied on 10 October, saying it had done nothing wrong in engaging TIB shareholders as that is precisely why it exists, and thus its action posed no harm to anyone at all.

“This interaction between our client (BSI) and the said shareholders poses no harm to either your clients or anyone,” Samkange wrote in reply.

Bard Santner chief executive Senziwani Sikhosana (pictured) said: “We are relieved and happy with the court’s finding on this matter so far. We await its finalisation in due course through the normal court processes.

“However, we find it strange that Tetrad Bank directors and management are trying to tell shareholders what to do with their investments, while in the process dragging us into their issue when we are merely representing our clients and those who also have an interest in unlocking value in their investments.

“We will always stand with our clients who are also shareholders in the bank. Even those who are not our clients, we are willing to help them if approached. That’s our business. That’s why we are there.

“Shareholders are free to act in their best interest, and approaching an asset management firm to try to see how to unlock value since they haven’t received a return on investment for eight years can’t be said to be unlawful, let alone cause irreparable harm to anyone. The real question here is: What are the bank directors and management trying to hide or afraid of?”

The fierce confrontation between directors/ management and shareholders, whose money is tied in the bank without a return for years now, has shaken those trying to maintain the unjust status quo.

The revolt by shareholders was specifically triggered by BSI’s takeover of private clients’ portfolio from TFS Management Company, which is under liquidation, recently.

BSI is a subsidiary of Bard Santner Markets Inc, a new Harare-based financial advisory services firm offering a wide range of products to clients to unlock value in their investments, especially dormant or defunct assets.

As part of its consolidation process, BSI took over Tetrad’s managed clients portfolio after reaching an agreement with the liquidator.

Some of BSI clients under the arrangement are also shareholders in TIB, hence their interest in the bank’s affairs.

That is why they approached the asset management firm for help. After reading about BSI’s takeover of TFS Management Company’s managed clients portfolio in the media, some TIB shareholders have been flooding the new asset management company seeking help on numerous problems.

This has fuelled a shareholders’ revolt at TIB, which directors are battling with as it spins out of control.

The court action is more about containing shareholders than restraining BSI. Against this backdrop, a host of minority shareholders are now growing increasingly impatient with the TIB board of directors running the bank’s affairs, including managing its nearly US$13 million property portfolio from which it collects rentals and leverages it.

Shareholders have not received audited financial accounts for the past three years. The last financials they received were qualified statements for 2018 which only came in 2022.

The other big issue troubling shareholders is the impression that management or directors are benefitting from the bank’s diversified property portfolio from which they are receiving rentals and other benefits.

Shareholders are also disgruntled because the directors have made a series of empty promises on purported takeovers and capital injection which have not materialised, including the fake story of Russians coming a few years ago.

The other issue arising is that some of the shareholders are mainly old people. As a result, some of them have died without benefitting anything from their investments.