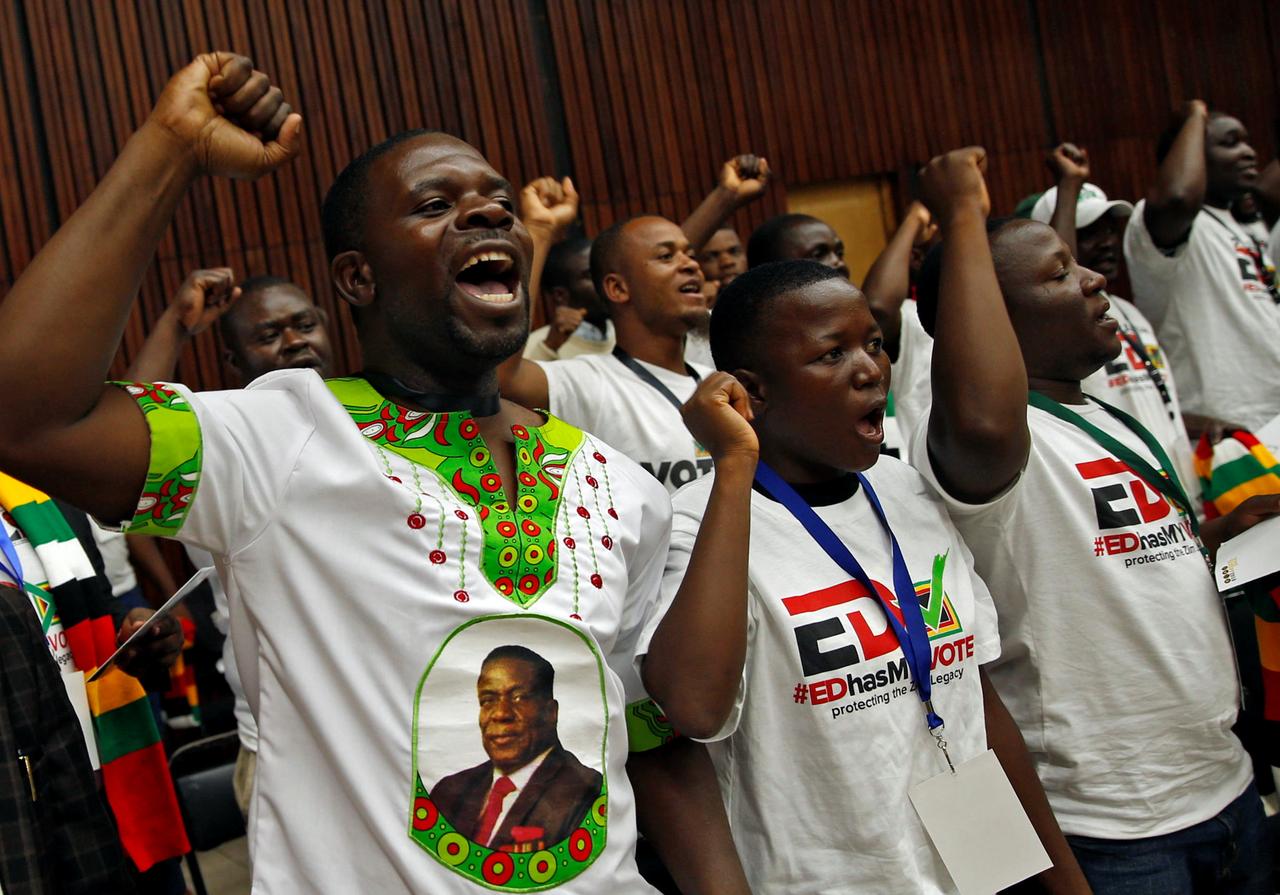 THOUSANDS of Zanu PF youths from across the country who were attending an indaba in Harare are departing the capital with bitterness, accusing party bigwigs of stifling democracy and fanning tribalism by imposing new leaders.

Youths from the provinces were left fuming after John Paradza from Masvingo province emerged as the new youth league deputy chairperson. They said the so-called consensus method was not carried out in a democratic manner.

The youths said they congregated in Harare on Wednesday for the congress but were bizarrely ordered to rally behind Paradza since there was a “consensus” on his appointment.

This has irked a rival Zanu PF faction that is now crying foul and accusing party president Emmerson Mnangagwa of tribalism.

Since he swept to power on the back of the November 2017 military coup, Mnangagwa has been accused of presiding over a systematic purge targeting Zezurus within the party while others accused him of giving key positions in the government and public institutions to his clansmen.

Zanu PF national chairperson Oppah Muchinguri-Kashiri confirmed that there was consensus in coming up with the new youth leadership.  Analysts said the method was designed to manage factional fights in the party.

The consensus method used in choosing the new leadership has angered some members who were expecting a proper election.

Mnangagwa’s son, Kudakwashe, was interested in the youth league post before he pulled out of the race without explanation.

The Zanu PF leader is accused of having favoured people from Masvingo and the Midlands, provinces perceived to be his strongholds, in moves that have been criticised from inside and outside Zanu PF.

The NewsHawks spoke to dozens of party youths on Wednesday who said matters were not in order as party members were not sure how the elections would be conducted.

Their fears were confirmed when the party secretary for the commissariat, Mike Bimha, announced the new executive.

Zanu PF insiders said the youth league indaba and the pending women’s league congress were being used by factions within the party to prepare for the December elective congress where Mnangagwa could be challenged by his Vice-President Constantino Chiwenga.

Mnangagwa and his deputy are said to be embroiled in a nasty fight over succession with the Chiwenga camp saying the Zanu PF leader has betrayed an agreement to run for a single term before handing over the baton.

Though to be on good books when appearing in public, sources said the fights were intensifying ahead of congress.

Other sources in the party said the agreement on leadership for the youth league was done to avoid potentially bloody clashes like what became the order of the day during the party’s district and provincial restructuring exercises.

The party remains divided, months after the provincial and district exercises in which Mnangagwa was again accused of propping up his loyalists ahead of those from the rival faction.