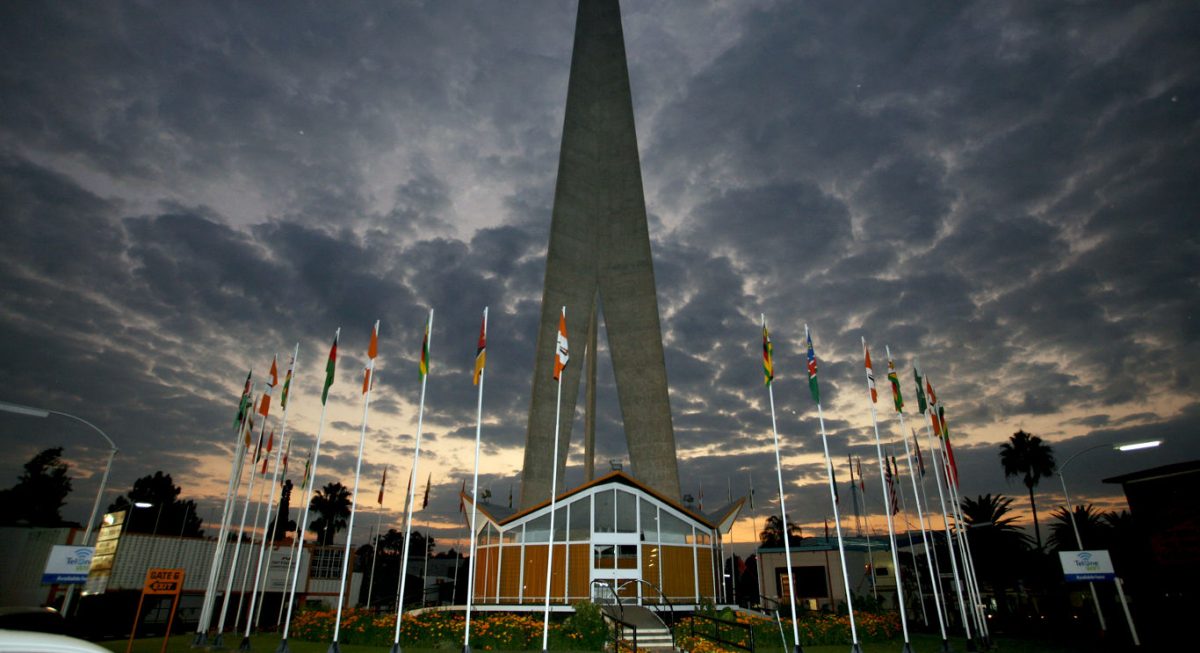 WITH a handful of ancient locomotives fit for museum display, crumbling infrastructure and saddled with huge debts as documented by Auditor-General Mildred Chiri, the troubled National Railways of Zimbabwe (NRZ) is the last company anyone expected to win a gold medal at the just-ended Zimbabwe International Trade Fair (ZITF).

Zanu PF, whose capacity to turn around the country’s failing economy is the stuff of legend, also won big at the country’s premier trade and investment showcase where local and international investors hunt for sound opportunities.

Ministries that have been found wanting in their administration of important portfolios, including the ministry of Health and Child Care headed by Vice-President Constantino Chiwenga and the ministry of Lands, also won big on a day that had all the glamour and fanfare but dismally faiked to convince investors that Zimbabwe is really open fir business.

The NRZ won the best prize in the mining and engineering category, yet the parastatal is known for obsolete machinery and dysfunctional railway infrastructure.

She said the NRZ has been incurring substantial losses for over a decade now owing to sub-economic operating capacity, antiquated equipment and high provisions for doubtful debtors.

“Included in the inventories balance are spares for rail infrastructure and locomotives totalling ZW$698 537 547 (2019: ZW$664 634 384). These spares are for antiquated, decommissioned equipment and rail infrastructure. The company has antiquated operating equipment and has been forced to rely on locomotives leased from third parties. All the lease contracts for the locomotives are denominated in United Stated dollars. This exposes NRZ to significant foreign currency losses,” Chiri said in her report.

It also emerged that the railway company is owing its current and former employees millions of dollars in salaries and benefits.

“The National Railways of Zimbabwe Pension Fund had a deficit of ZW$383 million, according to the 2020 draft actuarial valuation report done by independent consultants. The company fully provided for this deficit in the accounts. However, the company has no financial resources to pay the Pension Fund ZW$526 542 152 that was due at the end of the financial year comprising of: outstanding company and employee pension contributions ZW$143 452 013 and accrual for pension deficit ZW$383 090 139.”

While the dying NRZ was winning, Harare City Council also bagged silver at the trade fair at a time the metropolis is under severe distress, drowning in debt and failing to provide basic services.

residential areas are now hotspots for waterborne diseases due to erratic and in most cases non-existent water supplies.

Harare was also red flagged by Chiri for abuse of funds, shambolic bank accounts that has caused failure to address service delivery failings.

But in all its mess, Harare was pronounced number two in the civic participation category, leaving residents fuming over the waste of resources gobbled up by councillors and officials who attended the ZITF junket.

Council officials splurged over US$130 000 on trade fair allowances, despite resistance by the newly ekected Citizens’ Coalition for Change councillors.

Other companies facing big challenges, including NetOne, also scored big but another surprise was Zanu PF, the ruling party, whose companies have folded over the years.

Another Zanu PF outfit, MedBelieveED, meant to extol the virtues of President Emmerson Mnangagwa, won a prize at trade fair.

The Health ministry is under fire for failing to address the crisis that has seen hospitals going without medicine and machines needed to treat cancer and other diseases.

But the ministry won the best prize in the Zimbabwe medical and health-related category.

“Exhibitors’ prizes at ZITF are becoming a real joke of sorts,” Mzembi quipped.

“Why is it that the worst performers of an economy get these prizes?” the former minister asked rhetorically.

“What is this in aid of? So after these prizes, they work for the next edition while shortchanging the nation in between?”

Analyst Thomas Masvosve, commenting on microblogging site Twitter, wrote: “The ZITF Company seeks to promote trade and investment in the country, in order to have consistency in growth and sustainability. It is surprising how Zanu PF awarded itself the golden prize of overall winner. This country needs new leadership.”

Millions of US dollars were splurged by government ministries and parastatals as they spared no expense in buying fuel, booking plush accommodation and shelling out hefty allowances to officials.

All this was happening in a country whose public hospitals have no basic medicines and whose public transport system is in a shambles.

The ZITF Company was founded in 1986, as a non- profit, limited liability private company with the vision to be the world’s first choice in offering innovative opportunities for social and business interaction.

But it became the butt of jokes last week after perennially lossmaking and highly indebted companies won big in what observers described as a stunning reflection of institutional rot and mediocrity.

ZITF board chairperson Busisa Moyo told The NewsHawks on Wednesday that awards at the event were to do with exhibitions and not the standing of an institution.

“The awards are for stands at ZITF during the trade fair. The awards are to encourage companies to invest in their stands and improve the quality of the show as a whole and ultimately the value of the ZITF grounds also known as the Zimbabwe International Exhibition and Conference Centre,” Moyo said.

“As chairman before inviting His Excellency to hand out the awards, I do mention that the awards are not an endorsement of the standing of the institution, company or financial performance of the entity. It’s merely based on the stand judges’ criteria.”

“It must be borne in mind that our panel of judges is drawn from civil society and includes pastors, professionals and individuals from the academia. As a company for credibility we do not tamper or alter the results as submitted by the judges unless there is a technical disqualification to do with non-payment of rentals for a stand.”

He added: “A nominated winner has not entered in the competition or chosen not to participate as it’s completely voluntary.”

“Countries went from eight to 14 while exhibitors went from under 20 to 41.”