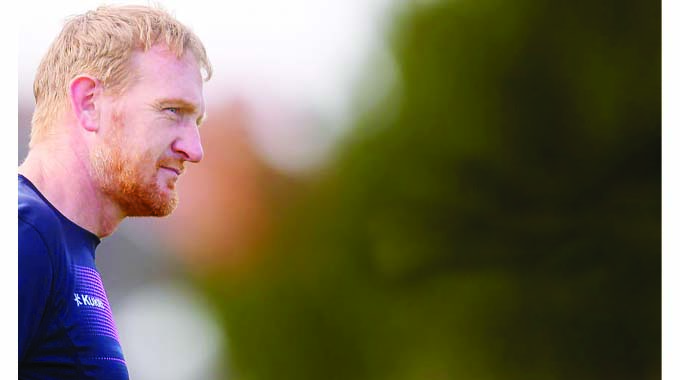 STEVE Kirby (pictured), Zimbabwe’s new bowling coach, is confident the team can “cause some upsets” if the players express themselves and play with freedom at the forthcoming T20 World Cup, following an encouraging run of form ahead of the tournament.

45-year-old Englishman Kirby joined the Zimbabwean side before the World Cup after leaving county side Somerset at the end of last season, revealing that an opportunity to coach at international level was too tempting to resist.

The former fast bowler spoke to local media for the first time at a send-off event for the team hosted at the airport in Harare on Friday afternoon, hours before the 15-man squad and support staff flew to Australia.

“That’s what I’m expecting – stick together, and work together as a group, bowl together in partnerships, which I’m sure we will do,” Kirby told reporters.

“We’ll cause some upsets.”

Under new head coach Dave Houghton – appointed for a second tenure in June – Zimbabwe has quickly transformed into a competitive outfit over the past few months since winning all five qualification matches in Bulawayo in July to book a ticket at the T20 World Cup.

The turnaround has been largely credited to the arrival of Houghton, who has now recruited his former Derbyshire workmate Kirby to be part of Zimbabwe’s coaching staff.

Kirby, in his introduction to the World Cup-bound squad, urged the players to play with personality if they are to leave a mark on the tournament.

“We are all about making sure that the lads go out and enjoy themselves, and express themselves,” he told the reporters. “There is no fear of failure here, we just go and enjoy each other’s company, and play some really strong aggressive cricket.”

Kirby also commented on his simple approach to coaching, saying he prioritises closer bonds with the players.

“I keep things remarkably simple,” he remarked. “I never tell the lads what to do. I’m always about making sure that whatever ideas I come up with are backed with evidence, (if) they know that you care about them, only then can you challenge (them). Building relationships with players, that’s kind of how my philosophy is really; trying to make sure we enjoy each other’s company, work hard for each other. Which I know they will do.”

Meanwhile, Lance Klusener did not fly with the rest of the team to Australia after it was announced hours before the flight that the former South Africa all-rounder had left his role as Zimbabwe’s batting coach with immediate effect.

It was reported in the day that Klusener, who only re-joined Zimbabwe in March for a second spell in the same position, “reached a mutual agreement with the (Zimbabwe Cricket) board.”

Said ZC in a statement: “According to his agent, the decision follows Klusener’s desire to pursue professional engagements around the globe which will impact his full-time availability for the national team’s programmes.”

ZC is unlikely to replace Klusener for the World Cup, with Zimbabwe’s assistant coach Stuart Matsikenyeri expected to assume the batting coach role Down Under.

The Chevrons are pooled with Ireland, Scotland and West Indies in Group B. Zimbabwe’s campaign will start against the Irish on 17 October in Hobart.

No decision on coach yet: ZRU

Ever the perfectionist, Houghton heads to first T20 World Cup