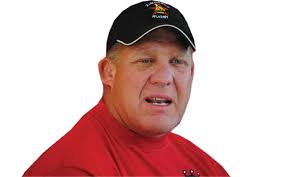 BRENDAN Dawson (pictured) has not been re-appointed Zimbabwe’s rugby coach, but will see out the rest of his contract concurrently with the term of the current board, the Zimbabwe Rugby Union (ZRU) has explained.

The ZRU announced this week that Dawson had been retained as Sables mentor despite failing to guide the country to its first World Cup since 1991.

Zimbabwe fluffed another chance of qualifying after losing to old foes Namibia in the semi-final of an African qualification tournament in France in July. Former Zimbabwe captain Dawson was also at the helm when the Sables did not make it to the 2015 World Cup.

And after experimenting with former Springboks coach Peter de Villiers, who was sacked following another disappointing qualification quest for the 2019 World Cup edition, the ZRU turned to Dawson again.

Without any matches for the rest of the year and no fixtures confirmed yet for 2023, the ZRU was not in a hurry to replace Dawson, whose contract expires next October.

“This just means no decision has been made on the coach,” ZRU vice-president Losson Mtongwiza told The NewsHawks.

“He (Dawson) has a contract that runs until the end of 2023, so does our (ZRU executive) tenure too. It’s not written down, but in rugby you don’t appoint a coach for the next executive. You run with your appointed coaches and when your mandate runs out, so does the coaches’ mandate. If we do not continue in the next election it gives the new leadership a chance to appoint a coach or coaches of their choice. They won’t be stuck contractually to a coach we hired.”–SPORTS WRITER.