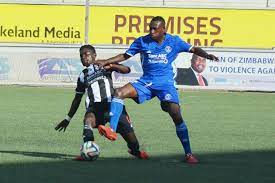 RESURGENT Dynamos travel to Bulawayo this Sunday for a clash with eternal rivals Highlanders in a potential thriller that may well shape the Harare giants’ ambitions for their first title in nearly a decade.

Matches pitting the two rivals have always created a good vibe across the country and this one is sure to be another real blockbuster.

Interestingly, both sides head into the tie having endured contrasting campaigns as the season draws closer to the halfway mark.

Highlanders, by their lofty standards, have been on a steady decline for the last few seasons owing to their shallow pockets. Bosso’s best finish in recent times was a runners-up place to Dynamos back in 2013.

And now this season, Highlanders have thus far endured an indifferent season despite a huge cash injection by fuel company Sakunda Holdings, who ironically are also bankrolling their rivals.

The unsatisfactory results have seen the passionate Bosso faithful turn the heat on head coach Mandla Mpofu, who has been working with an axe hovering over his head throughout the season.

The Bulawayo giants are winless in their last five games,  having drawn all of them.

The result of their match against FC Platinum will only be confirmed after the conclusion of a hearing. The match was abandoned due to crowd trouble at Mandava Stadium with the score at 1-1.

On the other hand, DeMbare have certainly looked like a team on a mission as they are mounting a serious charge towards their first championship since 2014.

Tonderayi Ndiraya’s side have given their faithful a reason to believe this could finally be their season to celebrate again.

There have been murmurs of disquiet in the Dynamos dressing room over unpaid winning bonuses but, to their credit, the Glamour Boys have presented a united front.

On paper, DeMbare are the overwhelming favourites to win the match on Sunday, but the fierce rivalry between the two sides takes away that predictability. Form does not always count in this famous fixture.

Highlanders’ win over Dynamos in the Independence Cup in Bulawayo last month might however give might give them a slight psychological edge.

Under-pressure Highlanders coach Mpofu knows fully well that a defeat to DeMbare could be the last straw, given the nature of this historic clash.

It is game-on at Babourfields Stadium!

HawkZone: Where to now for Zimbabwean cricket?