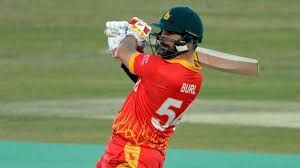 BEFORE we try to dissect the very worrying and deep-seated cancer that has established itself in Zimbabwean cricket, credit must be given to ZC for trying their level best to organise as much cricket as possible for the various teams.

The Lady Chevrons enjoyed a tremendous tour of Namibia, and seem the most focused, and by far the most competent Zimbabwean team at national level.

They have an outstanding leader in Mary-Anne Musonda, and the team itself has a wonderful core of youth and experience.

The difference between the men’s national side and the Lady Chevrons is that the majority of the players with the ladies perform consistently when given the opportunity to represent their country, while the men sadly seem to do nothing more than put together average performances.

The balance of the various teams has always sparked heated debate among the fans.

Some argue that the Zimbabwe ‘A’ and Zimbabwe ‘XI’ sides – which are supposed to be the nation’s second or third-string teams – are continuously made up of players who have been in the system for a very long time.

In truth, these players have failed to graduate from domestic cricket to playing for the ‘A’ side.

The flip side is that the majority of the younger players who recently represented the ‘XI’ side were completely out of their depth when squaring up to the South Africa ‘A’ side that was recently on tour here.

Fans are becoming increasingly disgruntled when the same old names keep popping up on the team-sheets, and no doubt they also feel disheartened when the younger players are given a run, only to fall by the wayside as well.

Zimbabwean cricket has been a complex and complicated problem for a number of years, and nobody seems to be able to find a solution that works.

More often than not, we as fans come down heavily on the players, and, in some instances, justifiably so.

If a batter continues to get out in the same manner during an ongoing series, questions will be asked about his or her technique, or any other factor that is clear to see.

Sadly, Zimbabwe has had very few batters over the years who had sound techniques, but somehow they found ways to make it work.

As the series between the Zimbabwe ‘XI’ and South Africa ‘A’ sides unfolded, those technical deficiencies were once again horribly exposed against the tourists’ lively pace attack at Harare Sports Club.

From the experienced players down to the younger players, all of them were found wanting, especially the top order batters.

And so the questions begin: are the players simply not good enough to be playing first-class cricket against ‘A’ sides, let alone Test teams?

Are the pitches not up to standard? All the pitches in Zimbabwe have become docile during the last decade, and this was due to a horrible misconception that Zimbabwe won matches by preparing slow and spin-friendly pitches.

This could not have been further from the truth.

Granted, there was a time when Zimbabwe’s spinners did outstanding work in restricting and occasionally dismissing the opposition for low totals. But it is also well-documented that the majority of Zimbabwe’s batters struggle against spin.

Many people still talk about Harare Sports Club as having a lively pitch in the morning, but once again this is more of a myth as international batters seem more than capable of dealing with Zimbabwean pace attacks when been put in to bat, treating the good ball with respect, while dispatching the bad ball with disdain.

More importantly, they bat with positive intent, always looking to rotate the strike at all times.

The avid Zimbabwean cricket follower will also note that the domestic system follows a similar pattern, with very few of the teams batting out their entire 50 overs in the Pro50 Cup.

There is very little structure in the way the teams go about their innings, with the “hit out or get out” method being employed in most occasions.

If the players continuously make the same mistakes, what are the technical staff doing to correct these mistakes?

We rant and rave about the same recycled players being used in the system, but can the same not be said about the coaching staff?

Occasionally, there may be a reshuffling of coaches as they change from one franchise to another. But surely, it still amounts to the same coaches doing the same jobs and saying the same things in different dressing rooms!

However, even if ZC wanted to make radical changes, are they able to do so?

Even if they are, do they feel obligated to stick to something they know and feel comfortable with?

Surely, the decision-makers must be terribly concerned after both the Zimbabwe ‘XI’ and Zimbabwe ‘A’ sides suffered heavy defeats at the hands of South Africa ‘A’ and, more worryingly, Nepal!

*Guest columnist Dean du Plessis is the world’s first official visually-impaired/blind cricket commentator. The globally-acclaimed Zimbabwean broadcaster also has a podcast, titled Dean at Stumps, which is available on all podcast platforms.

Thriller in store at Barbourfields Stadium