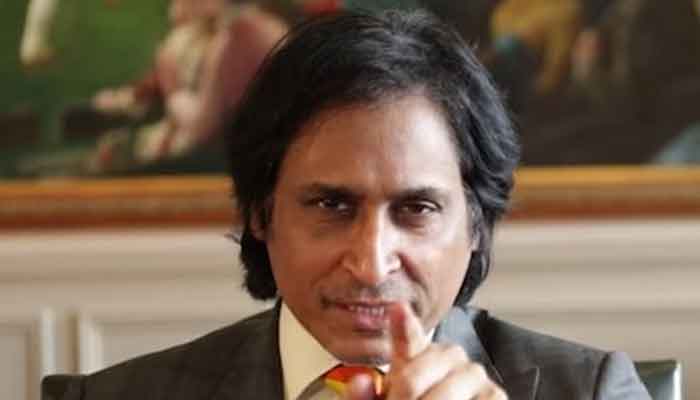 IN a game that has deep roots in diplomatic lingo, if not a tendency to sweep dirt under the carpet, Pakistani legend Ramiz Raja (pictured) this week came out guns blazing with the kind of cash-talk not often heard from top cricket officials.

Recently elected unopposed as chairperson of the Pakistan Cricket Board (PCB), the 1992 World Cup winner threw down the gauntlet and sensationally trampled on the institutional niceties associated with this game – launching a strongly worded verbal attack on the boards of England and New Zealand for pulling out of tours to the South Asian country on security grounds. England on Monday announced calling off next month’s tours of Pakistan, involving both their men and women’s teams, three days after New Zealand decided to return home before the start of a white-ball series there.

“I am severely disappointed in England’s withdrawal, but it was expected because this Western bloc gets united unfortunately and tries to back each other,” fumed Raja.

“So you can take any decision on the basis of security threat and perception. There was a sense of anger because first New Zealand got away without sharing information about the threat they were facing. Now, this (England) was expected but this is a lesson for us because we go out of our way to accommodate and pamper these sides when they visit. And when we go there, we undergo strict quarantines and we tolerate their admonishments, but there is a lesson in this. That is, that from now on we will only go as far as is in our interest.”

It was an unprecedented rant by the head of a national cricket board against a fellow member nation of the International Cricket Council (ICC) and, to be fair to Pakistan, a lot of neutrals around the world will find Raja’s utter frustration justifiable.

You cannot, of course, take chances with the safety of your citizens, especially when terrorism is involved. But Pakistani authorities must be commended for taking a giant step forward in affirming the security of visiting cricket teams.

When Zimbabwe took the huge gamble in 2015 of becoming the first international team to tour Pakistan in six years, the African team’s coach Dav Whatmore, an Australian, remarked how the delegation “experienced what (the then United States President) Barack Obama might go through.”

In contrast, Whatmore’s cross-Tasman neighbours, New Zealand, clearly do not think much of Pakistan’s security situation. If it is true that New Zealand abandoned the tour unilaterally and left without bothering to explain their security fears, then Raja will be thoroughly justified in accusing the Kiwis of a rather condescending attitude.

Many people across the planet will be nudged to emapthise with Raja and Pakistan, in a sporting world that has nobly offered itself as a platform for equality and human dignity in the post-George Floyd saga. But then, cricket is no longer the good old game we had become accustomed to. Raja himself did not exactly endear himself to a very important cricketing country of the developing world, Zimbabwe, when the Pakistan great suggested in May that our team should not be playing Test cricket at all after his fellow countrymen toured here earlier this year and hammered the Chevrons twice by an innings.

Ramiz Raja is a global icon of the game, a cricket man through and through. From a cricketing point of view, he is right to make those remarks about Zimbabwe.  With each passing series, the Zimbabwean team is sinking, deeper and deeper, into a nadir, an embarrassment to the game.

But as awful as we have been, what good does it do to alienate Zimbabwe, a cricketing nation already on life support and desperately needing the revenue of Test cricket and the game-time to remain alive?

When Raja made those remarks about Zimbabwe, he was still a commentator – one of the leading voices in the sport. Personally, I do admire pundits that are independent-minded, bold and speak their mind without fear or favour.

Now as the boss of the PCB, somewhat of an ally of the Zimbabwean board, I am not so sure that Raja can repeat the same sentiments of four months ago.

Definitely not against the same Zimbabwe that in 2015 did the unimaginable when Pakistan was a no-go zone, handing the strife-torn country the huge favour of ending a tour boycott there by all international teams, six years after a terror attack on the Sri Lankan team bus in Lahore in 2009.

I doubt as well that the many happy faces among the sell-out crowds on that tour, who hailed the African nation as a great friend of the Pakistani people – in a heart-warming show of gratitude laced with song and dance – would agree with Raja on the idea of further pushing Zimbabwe to the peripheries of world cricket.

For Zimbabwe, that would feel like what Raja and Pakistan themselves are feeling right now after the actions of New Zealand and England.

This, perhaps, is a price that cricket is paying for choosing to remain a tiny sport, trapped in its elitist mindset.

Taylor, cricketer who shone in a dull decade