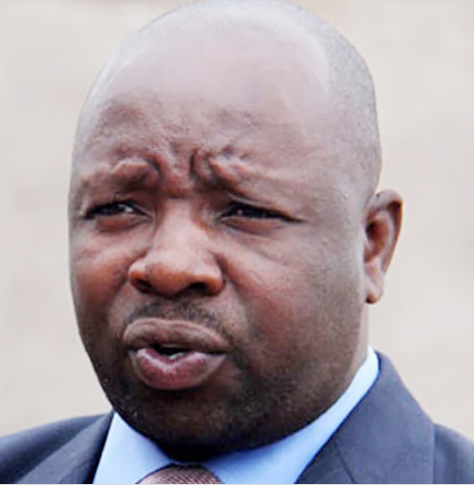 CONVICT Munyaradzi Kereke (pictured) has been barred from interfering with the ongoing ownership wrangle at Doves Holdings Limited after he tried to stop court proceedings by writing letters directly to the Judge President.

High Court judge Justice Emilia Muchawa on Wednesday ruled that the matter should only be argued in court and not through other means. She blasted Kereke for his actions.

In her judgement, Justice Muchawa also ruled in favour of Phibeon Busangabanye, (commonly known as Zimuto), who is locked in an ownership wrangle with prominent businessman Farai Matsika.

The judge slapped the latter with costs for trying to mislead the court. Justice Muchawa upheld the application for recision of a judgement which had settled ownership shares between the two.

However, late last year, Matsika tried to elbow out his partner, claiming he was the sole owner of the company, prompting Busangabanye to seek legal recourse which resulted in the court ruling that they held equal shares.

Recently, Kereke told Justice Tawanda Chitapi that Busangabanye took advantage that he was in jail to try and dupe him. The former lawmaker accuses Busangabanye of giving him a house which belonged to Doves in order to settle money owed to him.

That case however failed to proceed after Chitapi ruled that the matter be returned to the registry. Kereke was convicted of rape in 2014 and was freed recently. Following his freedom, he then wrote letters which have since been expunged from the record, complaining that he had missed out.

The former adviser to the central bank governor also claimed that he was duped into selling the company. Court ruled that his conduct was improper and barred him from interfering with proceedings at Doves.

“That letter was roundly condemned by all counsel, including his own, as improper and I struck it off,” Justice Muchawa said.

“It was clearly meant to stop the court from proceeding in this case as he claimed to have disposed of all Doves Group equity. Except in a minor digression, which did not sway any reasoning, the letter was not taken into account as he had intended.

“Undeterred, Dr Kereke penned another letter on the 25th of November 2021, this time marked to the attention of the Judge President’s office. He did this well knowing that judgement had been reserved in this matter. He is pleading for pre-emptive protection of his rights under the constitution of Zimbabwe in this case before me. The letter appears to be further evidence to be considered by this court.

“As someone represented by legal practitioners who briefed an advocate to argue this matter, Dr Kereke’s behaviour is despicable. He must know that matters are placed before the court in pleadings and not in direct correspondence after pleadings are closed. The rules of the court do not allow for this to ensure parties have an opportunity to respond to what has been placed before the court and the court can get on with writing its judgement without interruption.

“Dr Kereke is not a stranger to this court, and he should know that his behaviour is unacceptable. One is left wondering what it is he seeks to achieve by the incessant letter writing. For the record, this letter was also expunged from the record as it was extremely improperly before the court,” reads the judgement,” she said.

Muchawa then ruled: “Pending final determination of this matter and the application for rescission of the order in HC4584/21 filed under HC 5198/21, the applicants are granted the following relief: The execution, operation and effect of the High Court Order granted under HC4584/21 be and is hereby stayed. The respondents are hereby prohibited from dealing in the shares of Doves Holdings (Private) Limited, Doves Life Assurance (Private) Limited and any company or entity within the Doves group of companies.”

Justice Muchawa also took a swipe at Matsika for trying to fraudulently elbow his partner out of the business.

“Matsika has fraudulently consented to the order against its interests without getting requisite authority from the second applicant (Busangabanye) as co-director. It was clear that there could not be a meeting of directors and expect him to vote against his own interests,” the judge said.

She also prohibited Matsika, through his other companies, from dealing in shares in Doves. She accused Matsika and Kereke of conniving to attempt to fool the court by purporting that the sale agreement for the company had been cancelled when it, in fact, was subsisting.

“The letter of cancellation was not a valid cancellation ex nunc as required at law. The letter simply signals an intention to cancel the agreements and the court order therefore confirms a cancellation which was never made leading to an error at law.

“The order tampers with rights and interests in property which were effectively res litigiosa leading to an abuse of court processes. The positions taken by both Matsika and Dr Kereke are inconsistent and can only point to a connivance between them,” Justice Muchawa said in her ruling.

She added: “The cancellation could not have been valid on the grounds of failure to pay the full purchase price (for Doves) given that on the record of fourth respondent’s notice of opposition, there is a confirmation by Dr Munyaradzi Kereke that the purchase price was paid in full.”

She said Busangabanye had in his application shown a prima facie right in Doves which cannot be denied. Busangangabanye was represented by advocates Ray Goba and Thabani Mpofu.