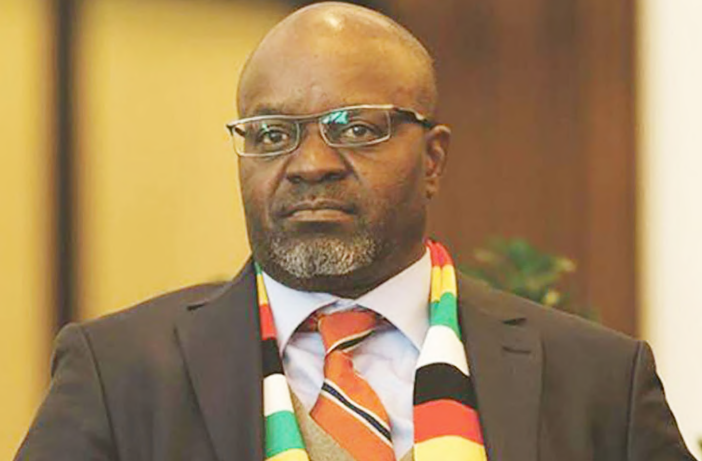 PRESIDENT Emmerson Mnangagwa’s lawyer Edwin Manikai (pictured) has been formally reported to the Law Society of Zimbabwe (LSZ) for “unethical” and “unprofessional” conduct by Zanu PF member Sybeth Musengezi who has taken the ruling party and five senior officials to court in a legal battle over the unlawful installation of the President as new leader.

Musengezi, who says he has been a ruling party member in good standing for over 20 years, has sued Zanu PF for appointing Mnangagwa interim leader through a Central Committee meeting held on 19 November 2017 at its headquarters in Harare, later ratified by an extraordinary congress on 15 December 2017.

He says the way the meeting was hastily convened, constituted and conducted was unconstitutional and unlawful, hence resultantly Mnangagwa is an illegal leader of Zanu PF. Besides Zanu PF and Mnangagwa, there are four other respondents in the matter.

In a letter dated 25 November 2021, Musengezi’s lawyers, Ncube Attorneys, say Manikai’s behaviour was not just unethical and unprofessional, but also tantamount to “bullying”.

“We represent Sybeth Musengezi in a matter where our client is suing the Zimbabwe African National Union Patriotic Front (Zanu PF) and five others, filed in Harare High Court under cover of case number HC 5687/21,” the letter says.

“It is common cause that, as lawyers and as a professional class, we live by our own high code of ethics and by our high moral standards. As legal practitioners, we owe a duty to our colleagues to uphold the high standards of the profession.

“As we alluded to above, we represent Sybeth Musengezi (our client) in a matter where he has taken Zimbabwe African National Union Patriotic Front (Zanu PF) and five others within the party structure of Zanu PF to the Presidency and First Secretary position.

“Ours filed an application for a declaratory order in High Court Harare under cover of case to court, challenging the ascendency to power of Emmerson Dambudzo Mnangagwa number HC 5687/21 — the matter is still pending.

“As expected in all litigation, some respondents in this instance Zanu PF, E.D Mnangagwa, Obert Mpofu and Patrick Chinamasa filed their notice of oppositions through Dube, Manikai and Hwacha Commercial Law Chambers. I must categorically state that the respondents, in their opposing affidavits prayed that the matter be dismissed and that the costs be paid at an attorney and client scale and not de bonis proporiis.

“As we were still considering the matter viz a viz the notice of opposition, we were shocked to receive a stinging letter from respondent’s lawyers. We attach the letter complained of for ease of reference. In the letter, the respondents were threatening our (legal practitioner) Mr Sithole with costs de bonis proporis.

“It is this letter that we want to bring to your attention as it exhibits very disturbing issues. 1. It would be an understatement to downplay the importance of this matter in the country’s body politic. 2. The respondents’ lawyers have decided to threaten the practitioner handling the Musengezi matter. We say so, simply because when they filed their notice of oppositions, they knew clearly that the matter had merit.”

Ncube Attorneys, whose correspondent law firm in Harare is Mbidzo, Muchadehama and Makoni, continued in their letter to LSZ: “The respondents’ lawyer, who had filed their opposing papers, decided to litigate by correspondence, a strategy which is undesirable, and by its very nature unethical, especially when such correspondence has a tendency to threaten other members of the profession. The language used in that letter (dated 11 November 2021) is shocking.

“Had it been that there was substance in the letter and cited cases therein were conclusive, one would be tempted to take heed of the so-called ‘clarion call’ for our client to withdraw its case. The cited matters are distinguishable, not conclusive of the issues raised by our client.

“The letter has demonstrated unprofessional and unethical conduct and our Mr Sithole strong ly believes that the letter was designed to bully him. Having reasonably concluded that the letter in issue constitutes unethical bullying, our Mr Sithole hereby makes a formal complaint against the named legal practitioners, Messrs Dube Manikai and Hwacha, of Harare.”

In a dramatic escalation of tensions over Mnangagwa’s legitimacy battle, Ncube Attorneys wrote in a letter dated 18 November 2021 acknowledging receipt of Manikai’s earlier correspondence of 11 November 2021, while simultaneously complaining about DMH’s conduct over which they formally complained to the LSZ on 25 November 2021.

Msengezi’s court case poses a clear and present danger to Mnangagwa’s position as Zanu PF leader and ultimately has far-reaching consequences for him as state President.

Gone too soon: Tribute to Munatsi