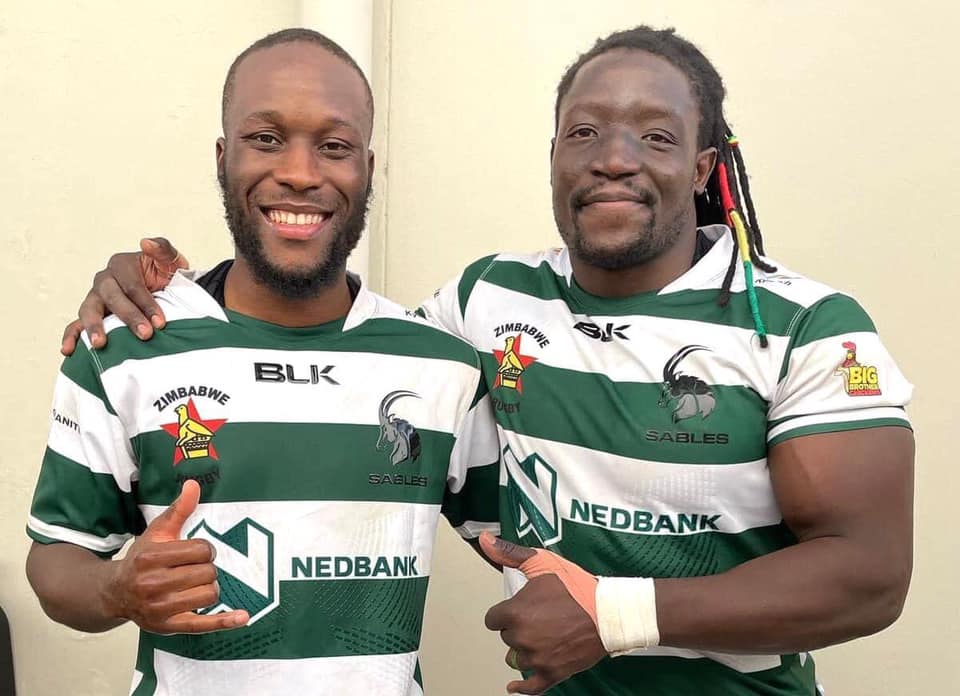 ZIMBABWE captain Hilton Mudariki says a win over Namibia in the final of a quadrangular tournament this Saturday, which will be the Sables’ first over their great rivals in two decades, will help the team’s rankings and serve as a big morale booster ahead of next year’s last phase of World Cup qualifiers in France.

To lift the trophy of this World Rugby-organised tournament in Stellenbosch, South Africa, the Sables must move mountains against a well-oiled Namibian side that showed little respect for a decent Kenya side, handing the East Africans a crushing 60-24 defeat in one of two semi-finals last weekend.

Earlier on in the Stellenbosch Challenge last Sunday, Zimbabwe started brightly in the other semi-final but slowed down in the second half to only edge out vastly improving minnows Brazil 24-20.

Skipper Mudariki believes the team has done its homework to stage an upset over a Namibian team that has qualified for the past six World Cup editions at the expense of Zimbabwe and others on the African continent.

“The guys have gone out and trained really well, we’ve obviously looked at the video of the Brazil game, (and) saw the things that we need to work on,” said the 29-year-old scrumhalf.

“The guys are just excited about this weekend versus Namibia. Obviously, it’s a final, something that we are excited to play in. Obviously, these are the things that you want to be a part of as a rugby player, playing in finals. And we have that opportunity on the weekend, so we are very excited about that. The win against Brazil was very important, we’ve gone up in our world rankings (three places from 35 to 32), which is exactly what we need to continue building on, leading into the (World Cup) qualifiers next year. So that was a step in the right direction for us, having won that game against Brazil, who are ranked much higher than us. The support has been immense from back home, from people all over the world, from people that tuned in. We really do appreciate you, we feel the support. Hopefully we will go out this weekend and make you proud.”

“We’re very happy that we are going into this Test with no injuries,” Dawson said.

“We are going into this campaign with a fit side, which is great. Going into a Test like this is magic. Yeah, I mean, it’s all about big rivals. Namibia, we haven’t beaten them since 2001, so it’s a big task for us. They have got a very big, strong heavy pack of forwards, (and a) big backline, so they play very direct rugby, similar to the South African way of rugby: keep to the corners, maul it and try cross try-lines, through mauling. So yeah, it’s going to be a tough one and it’s going to be hard for the boys. But the boys are really up to the task, we’ve trained well this week and prepared well. We are all looking forward to the game and we are going into the game with a very positive mindset.”

Whilst Dawson has revealed his admiration of Namibia’s forwards and backs, the former Sables captain would have been hugely encouraged by the quality brought to his own team in both departments, by two newcomers who debuted against the Brazilians.

Tapiwa Tsomondo – the 28-year-old eighthman who plays in Frances’s third-tier system – had an impressive debut with his strong defence, powerful carries, mobility and ability to disrupt at the breakdown.

The other debutant, 25-year-old fullback Tapiwa Mafura, showed why he is a regular at South African Currie Cup side Pumas – with his good tackling, comfortable catching, ability to read the game well, speed and tactical awareness. It is top-class players like these, who if they bring their A-game into this match, can give Zimbabwe a fighting chance against the mighty Welwitschias.

Unfortunately for the Sables, the former Prince Edward School star is not available for the final after returning to France following the Brazil clash.

“He was only released for one game from his club (RC Aubenas Vals),” said Sables team manager Jason Maritz. “We obviously wanted him to stay, but the club put pressure on him to return to club commitments.”

Tsomondo has been replaced in the number eight position by Aiden Burnett.

Another Compton in for the Zim experience

This could be a double-edged sword for Zim football