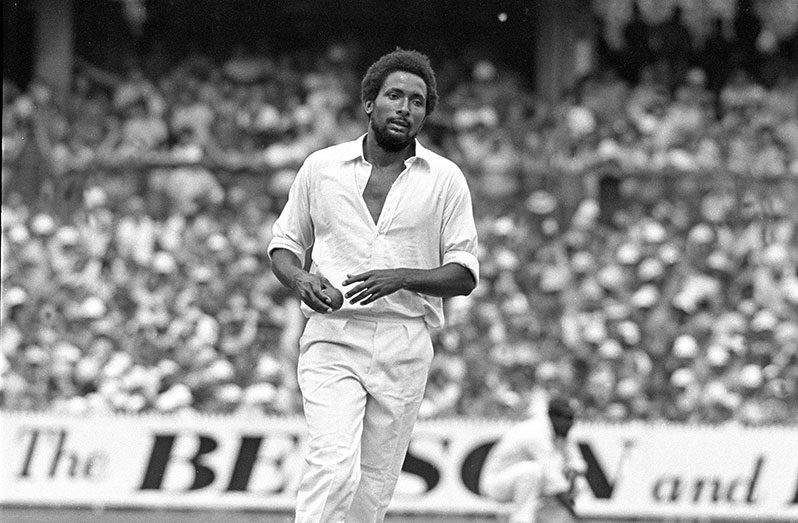 SIR Andy Roberts, the West Indies fast bowling legend, was livid with the Caribbean side’s miserable performance at the T20 World Cup, drawing contrasts with Zimbabwe in a manner that would have left our Chevrons dead chuffed.

In an article that circulated worldwide this week, the inimitable Roberts spoke critically of Jimmy Adams, director of cricket for the West Indies Cricket Board, slamming the former Windies captain for being on a “joyride” rather than strengthening the combined islands’ once indomitable team.

Of course, the man they call “father of modern West Indian fast bowling” long earned every right to opinion on cricket in his beloved region, and beyond, having set an extremely high bar as part of the extremely dominant Windies side of the mid-70s to early ’80s.

Those who habitually think less of Zimbabwe will be quick to interpret the great man’s mention of the Chevrons as nothing more than mockery, deliberately done to pour scorn on the West Indies team out of utter frustration over the current state of affairs in the game in the Caribbean.

A hyperbole, they will be saying, to illustrate how mediocre the current generation of West Indian cricketers is.

Read it the way you want, I have chosen to take Sir Andy’s word for it and, even though the remarks were made just before Zimbabwe’s disappointing turn in the Super 12, the Chevrons have gained new respect in the cricketing world with a refreshing brand of fearless cricket over the past five months and in this World Cup.

On the contrary, the West Indies were simply lifeless, and were roundly criticised at home and abroad for lacking passion after they were eliminated from the World Cup in the first round.

Yes, West Indies did beat Zimbabwe in their only win of the preliminaries, but the two-time T20 world champions were not clinical. Zimbabwe nearly and should have capitalised, as did Ireland and Scotland.

Sir Andy, who is now at the ripe age of 71, was not the only yesteryear superstar in the opposition camp to have come hard on his old team in response to Zimbabwe’s performance.

Akhtar took a dig at his fellow countrymen in a Tweet: “That’s embarrassing, to be most polite!”

It is quite normal, in professional sports, for past stars to pile on the pressure on the current players as a way of demanding standards.

These guys also went through the process in their time. And they delivered, mostly under conditions less favourable than those exposed to present-day sports stars, who have pretty much everything at their disposal nowadays to make sure they perform the task expected of them without interferences.

So former internationals are justified to sneer at anything less than the standards their generation set.

As Zimbabwe’s turnaround continues beyond this World Cup, hopefully, I would like to see ex-Chevrons getting more involved in the affairs of the team, having a say, and demanding performances from the players as was demanded of them during their time.

For a number of years now since Zimbabwean cricket took a nosedive, former players – even the distinguished ones – dodged anything to do with the game or the team, for fear of being misconstrued at a time cricket was deeply polarised in this country.

Here is hoping that indications are correct that these divergences are a thing of the past – that cricket in Zimbabwe is ready to make great progress again with ingenuity and common vision.

This is a national game for everyone.

We all have different roles to play, crucial in their own ways. The former players, whom I address here, are there to safeguard performance standards by reminding current players of their specific roles in the team.

In the past 15 years or so, the Zimbabwean team had bred an extremely disturbing culture of free-riders.

With just one or two players perform – and no serious competition in reserves – it became too easy for non-performing players to hide behind group failure, as I have termed it before in previous blogs.

In such an environment, there is no accountability for results, which means the difference between winning and losing doesn’t matter anymore within the team.

But with the Zimbabwe slowly now building a core group of players, and under new refreshing management for the past five months, we have been seeing a shift.

Players, whilst they cannot all be firing, seem more aware of their responsibility, more accountable of their individual performance or lack thereof.

The Zimbabwean cricket public has revived its interest in the game again and, with that, the fans have developed a deeper understanding of the player base and constantly asking questions of the selectors and coaches, who now know they can no longer make contentious decisions without being taken to task.

Even as Zimbabwe’s batting order has been fragile, a one-batsman line-up, we have seen in this World Cup the likes of Sean Williams, skipper Craig Ervine and young Wessly Madhevere adding important runs onto the scoreboard to support the superb Sikandar Raza.

This means at least four batsmen in good nick or thereabout, making it easier to notice those contributing and those not.

In this kind of team, there is no place to hide. The body language with the individuals at this World Cup has shown that the players are aware that it no more business as usual.

Long may it live. If not, we need our own legends to perform their watchdog role. Even if it means becoming unpopular, like Sir Andy and Shoaib Akhtar probably are now in the West Indies and Pakistan dressing rooms.

As long as you do not overlook the big picture.

We listened to boy-wonder Nkosi in pure awe, now meet one of his mentors