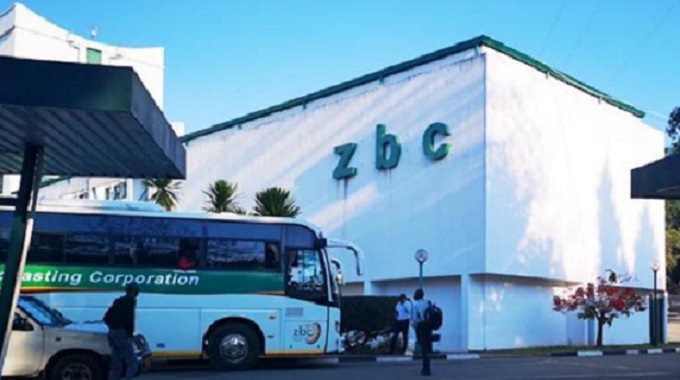 THERE was uproar in the National Assembly when the Portfolio Committee on Information, Media and Broadcasting Services recommended that the ministry of Finance should warehouse the Zimbabwe Broadcasting Corporation (ZBC)’s legacy debt.

Through a report produced after conducting an enquiry into the state of the media titled The State of the Media in Zimbabwe, the portfolio committee recommended that Treasury warehouse ZBC’s legacy debt that dates back to 2005.

For years, the national broadcaster has struggled to function owing to a depleted vehicle fleet, poor remuneration for staff as well as debts exceeding ZW$200 million owed to parastatals such as the Zimbabwe Electricity Supply Authority Holdings,  Zimbabwe Revenue Authority, as well as Largadère Sports and Entertainment, among others.

Responding to the portfolio committee’s report, Public Accounts committee chairperson and Gweru Urban legislator Brian Dube expressed reservations at the Media committee’s recommendation to have Treasury assume ZBC’s debt by March without a forensic audit having been conducted.

“Personally, I’m against the warehousing of debts for institutions without forensic audits having been done so that we establish how they got into debt and why they have been failing to pay in the first place.

Institutions must not just wake up and have their debts inherited by the government. It’s not the smart way of running a country,” he said.

Dube also spoke of the need to not only assume debts but also reform institutions to enhance good governance.

“Some of these institutions are actually coming out in the Auditor-General’s report for practicing bad governance and we must make sure that if they are in that state, we don’t only assume the debt but also reform them. Having ZBC paying huge allowances to its board members and buying its executives big cars at the same time not being able to pay their debts is not so smart,” Dube said.

Norton legislator Temba Mliswa echoed Dube’s sentiments, asking why parastatals that have an opportunity to make money through adverts are seeking help from Treasury.

“It provokes a debate of why parastatals rely on the Treasury all the time when they have an opportunity to make money.  The whole point about media and television is advertising.  I did not hear in this report where they touched on how much money they are making from advertising.  There was none at all.  Why are they not making money from advertising?’’

Mliswa also bemoaned the politicisation of state-owned media, which he said has led to the lack of professionalism at ZBC.

“If I have to ask honourable members here, unless you have been at a rally and ZBC has been in your constituency – how many watch ZBC?  It is polarised.  I am a member of Parliament in this House representing national interest but before they come, they must seek authority from the board chairperson that we are going to Temba Mliswa who is an independent MP, must we go?  It must not be the question.  How many members of Parliament from the opposition are covered? Anything to do with Norton, they are not there; oh, he is independent and not Zanu PF.  MDC, we cannot go.  When they report on PPPs, it is lies again. State-owned media means that it belongs to the state and everyone,” said Mliswa.

He added that it is important that parastatals pay their debts to other state-owned enterprises to avoid crippling one another.

“The issue of government parastatals owing money to the other must stop. Let each parastatal give Caesar what belongs to Caesar. This is what has incapacitated most parastatals. You are borrowing money and you are not paying. Where is the pride? How does the other parastatal take off when you are not paying? Chikwereti cheZBC havadi kubhadhara mafuta kuministry of Energy (ZBC would be refusing to pay for fuel from the Energy ministry). How do they survive? Government is the biggest business. They are given money by Treasury. Let them go and ask for money from the Treasury and they are given. These are the Bills that we have. When they get their money, they will offset the Bills and there is balance and we are able to move forward. This is not helping at all because we have one government and we have got the same mother and father, it does not mean that we must borrow from each other and not give back. This is a bad culture. Because of that, it becomes a problem at the end of the day,” said Mliswa.

“The committee is calling on the ministry of Finance and Economic Development to have cleared the ZBC legacy debt by March 2022. This is a very important recommendation which should be looked at seriously by the ministry of Finance. When we talk of a legacy debt, it means that a parastatal or even a company is reeling under a legacy debt. It will face a number of problems.  It is difficult to reform or implement effective restructuring, in other words, even when you want to turn around, you find it impossible.  Even if you have very good management, it cannot come out of an endless pit.  In other words, the legacy debt needs to be removed and I know that the minister of Finance will take this issue with the seriousness it deserves,” he said.

Zimbabwean taxpayers have been burdened with toxic debts arising from a number of failed government programmes such as the scandalous farm mechanisation scheme as well as failed state-owned enterprises such as Air Zimbabwe and ZiscoSteel.

Govt is neglecting us: Chiredzi folks