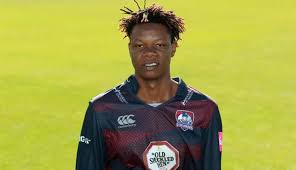 He is in elite company and savouring each moment, perhaps making up for Zimbabwe’s failure to qualify for the 2019 World Cup, the first time the southern African country had not been to the tournament since the 1983 edition.

His IPL debut was greeted with much enthusiasm from Zimbabwean cricket lovers. Muzarabani is only the fourth Zimbabwean to take part in the most prestigious cricket league in the world after Tatenda Taibu, Ray Price and Brendan Taylor.

The 25-year-old paceman was drafted by the Andy Flower-coached Lucknow Super Giants as a net bowler at the beginning of the season.

Sweating it off daily in the nets, bowling to the world’s best like Indian vice-captain KL Rahul and South Africa’s Quinton de Kock, Muzarabani believes he is contributing positively to Lucknow’s success in IPL.

Lucknow is second in the IPL, a position that makes them a favourite to at least reach the later stages of the tournament.

“It has been good being here, “Muzarabani tells The NewsReport in an interview.

Before joining the IPL, Muzarabani previously played for Multan Sultans in the Pakistan Super League (PSL).

He spent two seasons with Multan, winning the 2021 PSL title.

But despite making the IPL auction shortlist, Muzarabani failed to find suitors in the main tournament.

Having impressed former Zimbabwe captain Flower in Pakistan, Muzarabani would find himself in IPL, albeit as net bowler.

One of Zimbabwe’s brightest prospects over the past five years, Muzarabani desires to represent his country at the World Cup.

“The biggest thing I would want to achieve is going to the World Cup and create that environment of winning games. That is the goal really, we just need to keep working hard,” he says. – The NewsReport.com