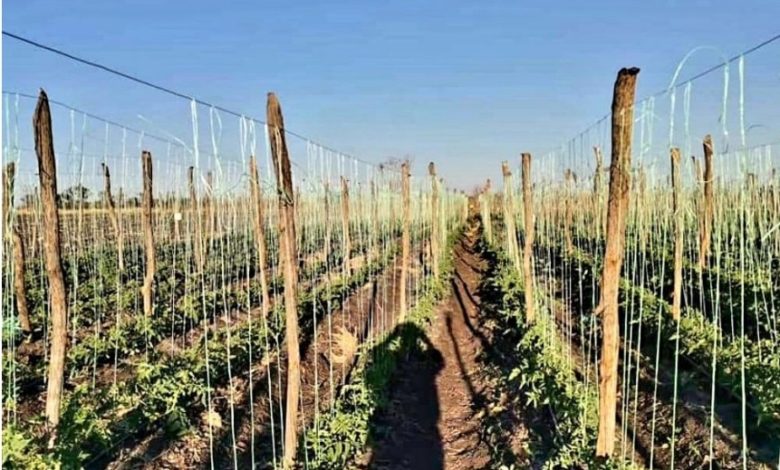 However, they face a hefty bill for causing lost business and inflicting harm on the previously thriving horticultural business.

“I’m pleased to confirm that I received a message from my partners, Zeph Charles today to say ‘we’re back on the farm #Esidakeni.’ Tomorrow we begin taking stock of the loss & damage. Rule of law must always prevail. The legal challenge to the Ministerial acquisition continues.”

Web, Low and Barry, the law firm representing the trio, had written to Mpofu, giving him until the end of business on Thursday to vacate the farm, failing which they would seek a writ of ejectment.

Earlier in the week, Mpofu suffered a setback when he lost his Supreme Court appeal against a High Court order evicting him from Esidakeni Farm.

Mpofu and other invaders had argued that they held valid offer letters from the Lands ministry allowing them occupation.

The Supreme Court found that Mpofu, his wife Sikhanyisiwe and their company Mswelangubo Farm Ltd, who claim to have invaded the farm in Nyamandlovu on the basis of offer letters, have “no right to resort to self-help in taking over possession without due process of the law”.

Malunga, the son of national hero Sydney Malunga and his business partners–Dlamini, a university lecturer and businessman Moyo–are the owners of Esidakeni Farm whose deed of title is registered under Kershelmar Farm (Private) Limited. They accuse the Mpofu and public officials of violating property rights and abusing their authority.

The three partners say they have suffered immense financial loss and are determined to hold Mpofu and others accountable. They took out bank loans to finance crop production and farm infrastructure, which they allege have been laid to waste by the invaders.

Malunga has said although the victimisation is painful, it provides a glorious opportunity to expose the abuse of power in Zimbabwe by self-serving politicians and their cronies.–Staff Reporter.