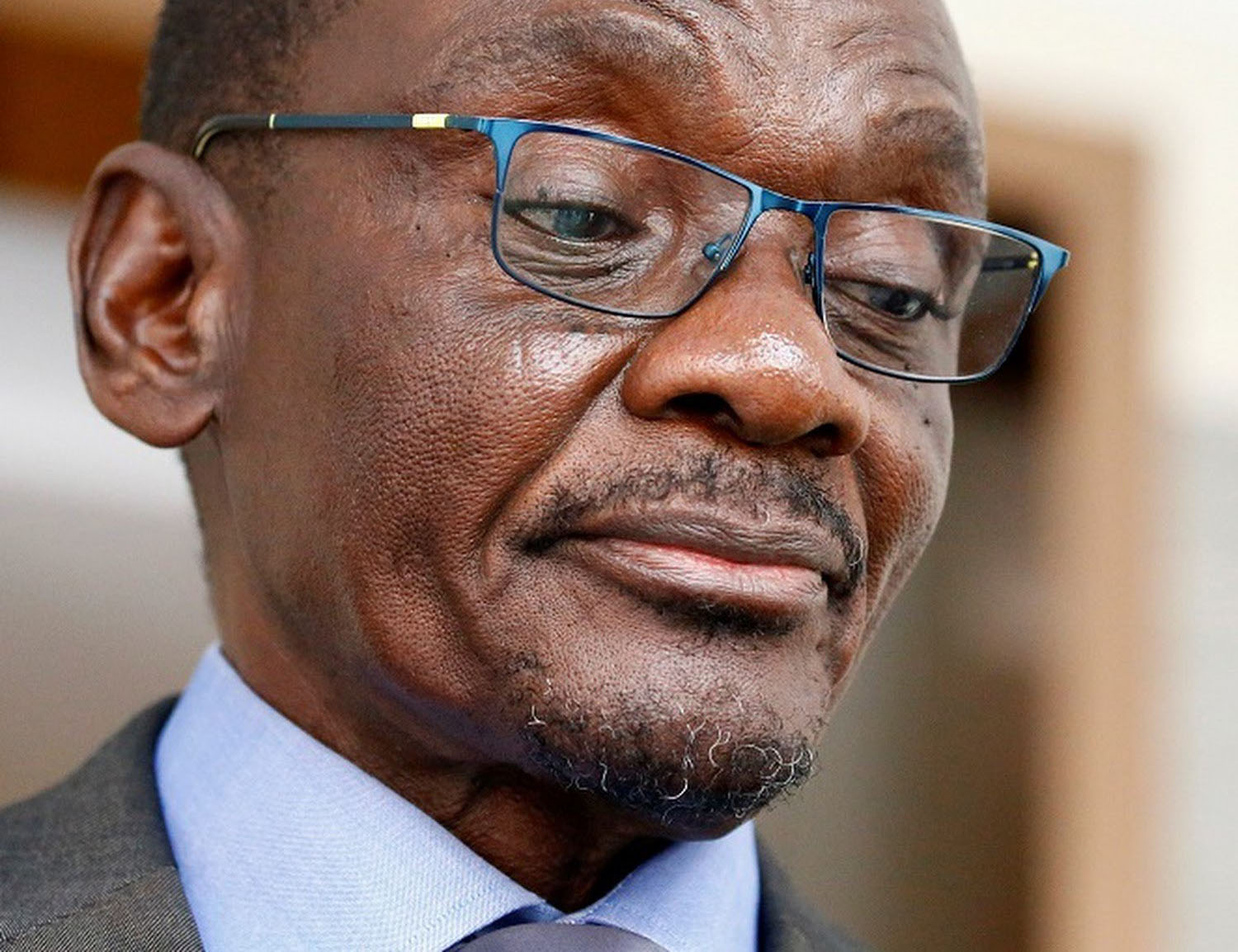 FORMER vice-president Kembo Mohadi (pictured), who resigned from the government in shame in March last year, amid allegations he was using his office for sexual encounters with married women- including aides, is likely to bounce back should President Emmerson Mnangagwa win presidential elections next year.

Mohadi retained his position as Zanu PF vice-president and second secretary after his resignation and was re-appointed to the position at the Zanu PF congress last month.

Zanu PF and senior government officials told The NewsHawks that Mohadi was almost guaranteed to be named Vice-President in the next cabinet should Mnangagwa win elections.

During congress, Mnangagwa sang praises of Mohadi, jokingly describing him as a naughty but honest person.

In what was seen as a jab at Vice-President Constantino Chiwenga who harbours presidential ambitions and was mounting a challenge to become president before losing steam ahead of congress, Mnangagwa said Mohadi is honest about his ambitions.

He said Mohadi had openly told him he would like to be president after his tenure.

“Since his resignation, Mohadi has done a lot of groundwork to boost Mnangagwa’s re-election bid. He has travelled throughout the country meeting party structures and key stakeholders to focus them on the elections,” said a senior government official.

“Among those that Mohadi has been engaging on behalf of Mnangagwa are traditional leaders. He has met village heads, headmen and chiefs countrywide and facilitated that they get US dollar allowances and salaries. He has also directed the party’s grassroots structures to work closely with traditional leaders in all their activities.

“Traditional leaders have a lot of power in rural areas and what he is doing will certainly help Mnangagwa. So come 2023, you will see him back as vice-president if the President wins elections. He is the President’s man.

“In any case, he lost the title of the country’s vice-president but has maintained all other privileges, be it cars, security or salary and allowances.”

There was an outcry last month after a leaked memo dated 28 September from the ministry of Local Government and Public Works revealed that the state was channeling resources to finance Mohadi’s Zanu PF campaign activities.

The memo showed that the Department of Traditional Leadership Support Services had ap[1]proved the allocation of 1 960 litres of fuel to Mohadi for use during his campaign visits to Mashonaland Central province from 4 to 12 October.

“The following urgent department activities (including Mohadi’s tour) have been authorised to draw fuel and travel and subsistence allowances ,” wrote the traditional leadership support services to the ministry’s acting director of administration.

Also authorised was the allocation of 3 000 litres of fuel for the installations of Chiefs Nemamwa and Neshakwe.

A Zanu PF central committee report, presented during congress, revealed that Mohadi was also being funded by the party. His tours were allocated ZW$31 059 700.

“These are nationwide travel costs for the VP Mohadi engaging provincial and district coordinating committees,” read the report.

Truth commissions are lessons for societies in transition

Why Mercedes-Benz was seized