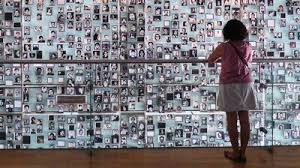 SOCIETIES in political transitions experience vivid debates; one of the most vivid focuses on the creation of institutions that guarantee that peace and justice aims are accomplished.

Some nations, such as South Africa, start the process by uncovering the truth to ensure collective reconciliation. This premise works based on the assumption that understanding and getting to know the “big picture” of past wrongdoings facilitates and makes possible a genuine reconciliation between different groups of society.

Conversely, other nations prioritise the goal of achieving justice first to reach peace and address the wrongdoings of the past. Nevertheless, truth is a crucial element – but not a mandatory one – in achieving reconciliation.

Many Latin American countries, such as Argentina, Chile, Peru, and Colombia have adopted the latter model to move from an autocratic regime towards a democratic one or to stop violence after a civil war. Considering that Latin America and the African region are the world leaders in setting up truth commissions, the model of the South African Truth and Reconciliation Commission (TRC) undoubtedly provided some valuable lessons that the Colombian Truth Commission considered in its institutional design and mandate.

The relevance of truth commissions relies on understanding how citizens in those transitional contexts can move forward to reach sustainable peace as a collective goal. As an alternative to punitive trials and lengthy court proceedings, truth commissions are temporary fact-finding institutions with no prosecutorial power, mainly in charge of unveiling, recording and documenting human rights violations in transitional contexts.

Additionally, through their truth-telling function, these mandate-oriented institutions provide analytical elements to understand the causes of human rights violations. Through public hearings, they allow victims to make their voices heard and reclaim their dignity as human beings. Truth commissions also provide reports with recommendations to avoid the future repetition of those violations and atrocities.

In sum, the mandate of truth commissions brings an official narrative of the wrongdoings, whether made by state officers or rebels and some ways to overcome the use of political violence.

In that regard, it is relevant to consider that transitional contexts and peace negotiations shape the mandate of the truth commission. In the South African case, one could argue that the establishment of the TRC emerged from a political compromise of the warring parties, which sought to reach reconciliation and forgiveness of the atrocities committed during the rule and the struggle to end the apartheid system.

One can track the seed of this transitional institution from the previous work done by the Goldstone Commission. Later, the Government of National Unity in 1995 created a unique mandate to enable South Africans to deal publicly with the human rights violations committed under apartheid to advance in terms of social reconciliation.

The retributive justice innovation adopted by the South African TRC relies on the work done by the amnesty committee. Individual amnesty is assessed by the quality of the contribution of the warring parties to the amnesty committee, which fosters the reconciliation process to guarantee trust among South African society to turn the page on violence and enter a new chapter of a peaceful future.

The Colombian Truth Commission has a similar mandate with a limited scope of action. The Colombian peace accord, signed in 2016 between the Colombian government and the Revolutionary Armed Forces of Colombia – People’s Army (Farc in Spanish) established a comprehensive system for truth, reparation, and a guarantee of non-repetition. This transitional judicial system includes the creation of three temporal institutions: the unit for the search for missing persons within the context of the armed conflict; the special jurisdiction for peace, which is in charge of providing punitive or restorative sanctions; and the commission for the clarification of truth.

In that sense, the special jurisdiction for peace is the only institution in charge of providing amnesty for deeds made within the framework of the internal armed conflict, considering the limitations stipulated by international humanitarian law. Thus, the mandate of the Colombian Truth Commission offers an official narrative about the causes and consequences of the most protracted armed conflict in the Western Hemisphere.

Both truth commissions shared similarities, and also faced similar challenges linked to the execution of their duties. One remarkable similarity is related to the leadership assumed in both institutions. In the South African TRC, the role of the anti-apartheid leader and Anglican Archbishop Desmond Tutu was a pivotal element in facilitating the public’s trust in the mandate of the TRC.

Equally, Francisco de Roux, the president of Colombia’s Truth Commission, is a highly respected Jesuit priest who has worked with Colombia’s armed conflict victims for decades. In both cases, the chosen leadership recognised not only the historical legacy that religion has played in the social life of both countries, but also provided high ethical standards concerning the mandate of unveiling the truth as a way of reconciliation.

Another similarity is linked to the inclusion of the victims as pivotal actors in the reconciliation process. Undoubtedly, the interaction between perpetrators and victims in the South African TRC served to unveil a social truth, which is established through interaction, discussion and debate.

Following this example but considering the particular context, the Colombian transitional justice guarantees the participation of victims to confront the wrongdoings of the warring parties prior to the judgment – such as in the case of kidnapping, in which Farc rebels admitted their role, or in the execution of civilians by army forces.

In sum, the interaction between the transitional institutions, victims and perpetrators provides impartial evidence concerning the events, causes and consequences of the internal conflict in both nations.

Among the challenges faced by both truth commissions, one could find several issues related to the design of the mandate, the limitations of the contribution by the perpetrators, and the lack of political will to implement the recommendations provided in the final reports.

One could argue that in both nations, the recommendations were not legally binding – and their implementations depended on the political leadership at the highest level. Still, the success of the implementation of the peace accords relies heavily on the trust and attitudes that societies assume when the findings of truth commissions are made public.

If there is a sincere will among members of society to contribute to collective reconciliation aims, there is no inconvenient truth in transitional contexts. Truth commissions are a significant component of non-retributive justice in transitional societies to reach sustainable peace over time, promote nation-building, and move forward.

The South African Truth and Reconciliation Commission’s footprint in terms of reconciliation is not a humble example of how to record and document human rights violations – it is a landmark lesson for humanity to consider within transitional contexts.

About the writer: John Bonilla-Aranzales is a PhD candidate in political science at the University of Missouri-Columbia.–Mail & Guardian.

Related Topics:Truth Commission
Up Next

Mohadi poised to bounce back after 2023 elections