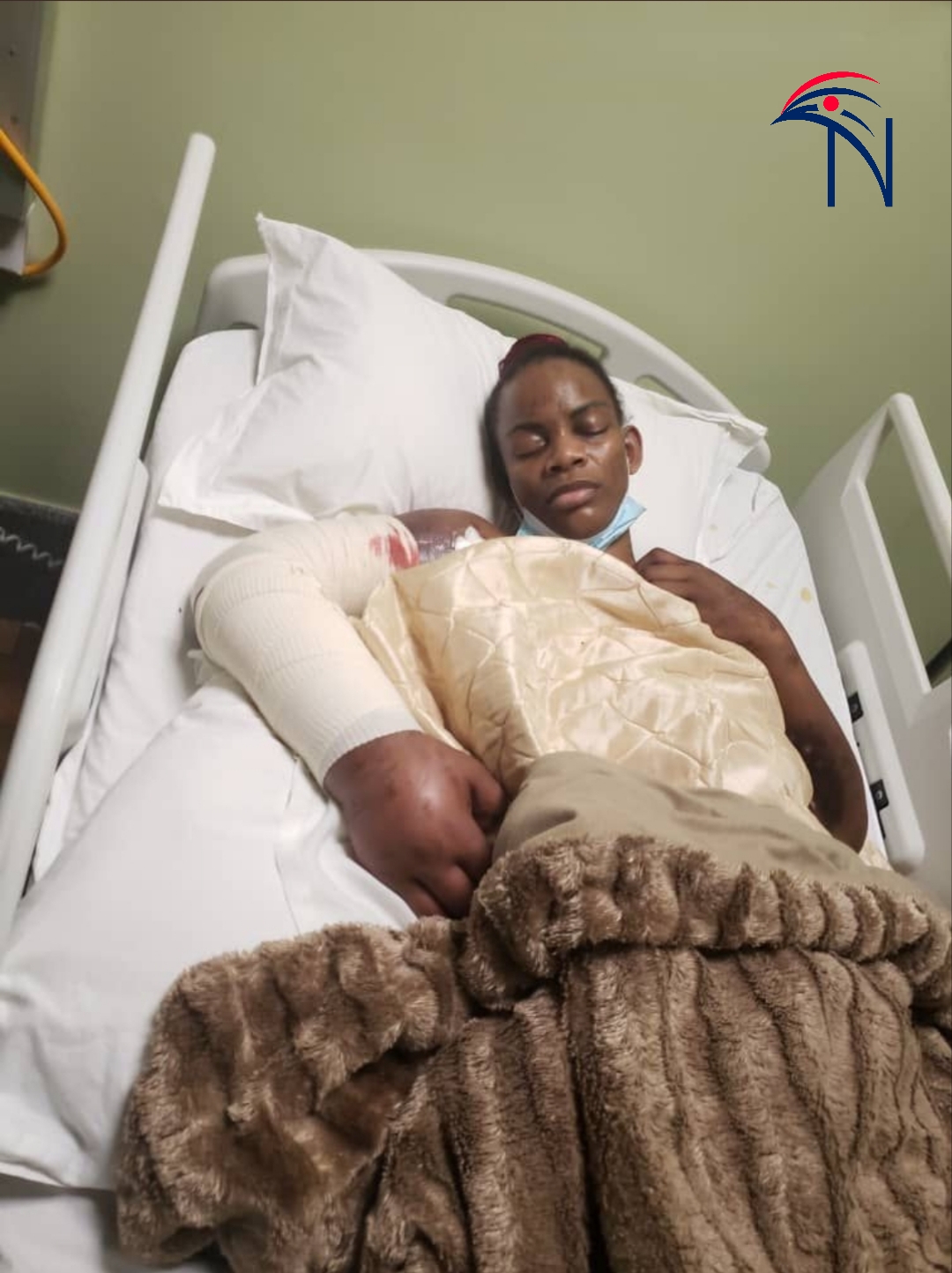 PRESIDENT Emmerson Mnangagwa is under intense pressure to act and facilitate that his Vice-President Constantino Chiwenga’s ex-wife Marry Mubaiwa is afforded an opportunity to travel for medical care outside the country as her health condition continues deteriorating, while the judiciary is refusing to hand back her passport.

Human rights defenders have petitioned Mnangagwa, his wife Auxillia, the Southern African Development Community, the United Nations Women and several other institutions to stop what they see as the flagrant violation of her rights.

Mubaiwa has been unwell since the deadly 2018 White City Stadium grenade blast in Bulawayo and, according to a medical report by specialist trauma and orthopaedic surgeon John Nyahunzvi, the former top model was on post-revision surgery for a right humerus shaft refracture and her condition was critical.

Nyahunzvi said her condition has necessitated hospitalisation and stabilisation with a plan for emergent right high above elbow amputation as soon a she is deemed medically stable.

Mubaiwa was convicted on Wednesday this week for violating the Marriages Act after lying that her former husband had consented to solemnise their wedding while he was receiving medical care in India.

She was slapped with a wholly suspended one-year sentence and ordered to pay a ZW$60 000 fine by magistrate Lazini Ncube who also felt she would be unable to do community service due to ill-health. Mubaiwa’s family last week said they were losing hope as the former top model is in urgent need of her travel document to seek medical attention abroad.

“Grave injustice is being perpetrated against Marry and if we do not act now, she will lose her life,” the Restoration for Human Rights said in a petition to Mnangagwa.

“Marry has a right to life and a right to receive adequate medical care. Please sign the petition and let’s help Marry to live and see her children.”

The human rights organisation said Mubaiwa has been denied access to her own children and described the move as a violation of her rights.

“Marry is gravely ill and her condition is life threatening. In 2020 the courts were warned that if Marry did not receive specialist treatment which was not available in Zimbabwe then she would have to get her forearm amputated but the court did not take the report seriously,” the hu[1]man rights organisation said.

“Now a report from Dr John S Nyahunzvi dated 29 March 2022 indicates that amputation is now necessary once Marry is deemed medically stable. She has not been allowed to see her children since 2019 and when the High Court allowed her to have access to her children, her ex-husband, Vice-President Chiwenga appealed to the Supreme Court and had the High Court decision reversed, meaning that Marry would not be allowed to see her children.”

“Marry is not a danger to her children but the Supreme Court’s decision is now denying those children their right to family life and Marry’s right to be a mother.”

The organisation protested that Mubaiwa has been dragged to court despite ill-health that has seen her on several occasions collapsing.

“In contrast, Prisca Mupfumira, a former government minister who was implicated in the looting of US$95 million of state funds, was given permission to not attend court because she said she was not mentally fit to attend court and was even granted permission to travel abroad on a business trip,” the report reads.

Mubaiwa was arrested in 2019 for allegedly breaching the Marriage Act and is also accused of trying to kill Chiwenga while he was hospitalised in a South African hospital. She is also facing charges of externalisation and assaulting her former maid.

Malawian President Lazarus Chakwera was also petitioned in his capacity as the current Sadc chairperson together with African Union chairperson Macky Sall.

The executive director of United Nations Women, Sima Sami Bahous and the president of the European Courts of Human Rights, Robert Ragnar Spano, were also petitioned.

In an open letter to Mnangagwa, Restoration for Human Rights, represented by Vongayi Mufara, said Mnangagwa’s legacy will be dented by continuous silence while Mubaiwa’s rights are being violated.

“Mr President we are pleading that Marry be allowed to seek medical help outside Zimbabwe where she can get help that she needs. It is clear and well known that our health system has col[1]lapsed and has failed Marry.”

“If you are not careful, Marry’s matter will rank very high amongst those that will define your legacy. Is such a glaring case of abuse of power against a mother and by extension her innocent children what you want to be remembered for?”

“Marry’s case is one of the most despicable human rights violations to happen under the ‘new dispensation’.”

The human rights organisation also said the First Lady must use her influence to demand jus[1]tice for Mubaiwa at a time women’s groups in Zimbabwe have remained quiet as they are evidently afraid of Chiwenga.

“The mission of your (Angel of Hope) foundation is to provide access to healthcare. Why are you not advocating for Marry to have access to medical treatment either in Zimbabwe or outside the country?” a letter to Auxillia Mnangagwa reads.

“What message are you sending to the nation? Are you saying it is okay for women to be treated like this?”

“We look forward to your intervention, mother. You cannot just ignore such a glaring case of abuse and neglect.”