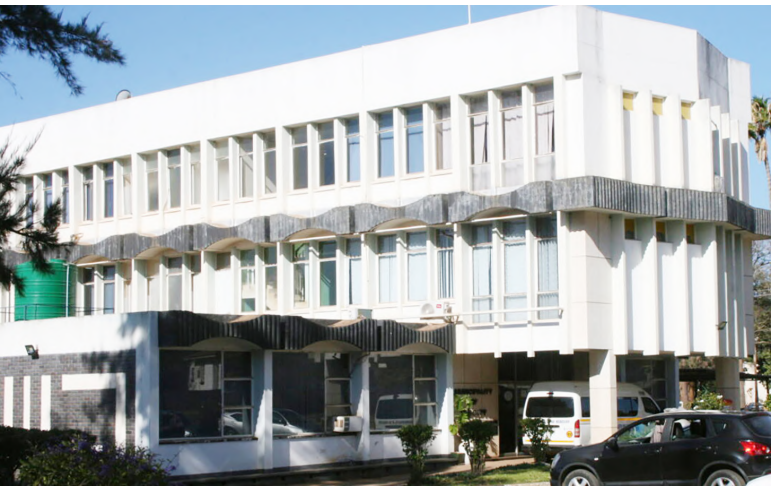 WHEN operations ground to a halt at integrated steelworks giant Ziscosteel years ago, one of the most visible signs of industrial collapse was the sudden disappearance in the copious smoke produced by blast furnaces number 3 and 4.

Redcliff, a sprawling dormitory town which came into existence on the back of Ziscosteel, is now a pale shadow of its former self. Dereliction is manifest in the unkempt gardens of the once smart suburbs of Redcliff.

The local elite occupied the plush houses when Ziscosteel was still functional. Today there are signs of ruin and decay in the nearby Torwood and Rutendo suburbs.

At the core of these challenges are incessant water challenges due to Ziscosteel’s closure. Over the years, residents have tried to lobby their municipality into solving the water crisis, but they have since given up after hitting a brick wall. They now rely entirely on boreholes.

“But it’s not our fault,” Redcliff mayor Clayton Masiyatsva said in an interview. According to Masiyatsva, the water challenges are tied to the closure of Ziscosteel.

“Water challenges in Redcliff have been with us for a very long time. The long-standing problems of our situation are caused by the fact that Ziscosteel was Redcliff’s water authority. The water was pumped from Kwekwe Council to Ziscosteel, then Zisco in turn would sell the water to council,” he said, adding: “When Ziscosteel was functional, we didn’t have problems.”

Upon the closure of the steelworks giant, the administration of water was handed over to Red[1]cliff municipality.

“At its peak, Ziscosteel used to employ at least 6 000 people and these people were retrenched in 2016. Since then, Ziscosteel indicated that it could not continue to be the middleman on the water issue since it was no longer producing and didn’t have urgent use for the water. Redcliff Municipality then handed over the administration of water by Ziscosteel to Kwekwe City.

“When we inherited the water administration, we also inherited a US$16 million debt to Kwe[1]kwe City which was initially cleared by govern[1]ment following the Ziscosteel Debt Assumption Bill. However, despite the clearing of the leg[1]acy debt, our debts to Kwekwe have continued mounting,” he said.

Redcliff is owing nearby Kwekwe City more than ZW$150 million for water supply, a situation which has seen intermittent water cuts, aggravating the satellite town’s water shortage. Masiyatsva said only 20% Redcliffe residents are paying their bills, worsening the situation.

While there is a glimmer of hope and a change of fortunes for the town with the coming in of a new investor, Kuvimba Mining, people in Red[1]cliff are yet to be convinced.

“People are now tired of these promises of the resuscitation of Ziscosteel that the news of Kuvimba coming to town is not bringing in any excitement. It’s business as usual since for a long time people in Redcliff have been lied to and this time around they are just waiting to see if government will keep its promise. We have had situations where potential suitors have shown interest in the company, but nothing came out of those so-called engagements,” Redcliff member of Parliament Lloyd Mukapiko said.

He added that under the present scenario it will be near-impossible for the residents to settle their bills, most of whom are former Ziscosteel employees.

“It will be difficult for the residents here to settle their bills. We have a situation where people here are failing to have decent meals. Most are going to bed hungry. What is more saddening is the fact that government since the closure of Ziscosteel is yet to settle them (former workers) in terms of their pensions. Indeed people are in hard times,” Mukapiko said.

The government says the latest promise to resuscitate Ziscosteel is not yet another election campaign.

“I can understand when people are sceptical about the resuscitation of Ziscosteel, that is totally understandable. However, this is not business as usual, we are doing something with a difference. We have engaged an investor with a track record. This is not politicking or electioneering. Let’s not look into the past, let us look at the achievements of the Second Republic. Let’s talk about employment creation and technology,” Industry minister Sekai Nzenza said.

The government recently courted Kuvimba Mining House as the new Ziscosteel investor in the next three years with an investment outlay exceeding US$1 billion.

“When I started in the ministry of Industry, one of my main tasks was resuscitating Ziscosteel. I understand there was a sense of pessimism, which was understandable given the journey Ziscosteel had travelled and also given the number of interested potential investors who were going to come to Ziscosteel. In the Second Republic, the President (Emmerson Mnangagwa) is about production and input substitution and value addition and mainly looking at what natural resources this country has and that we are gifted with vast amounts of iron.

Ziscosteel board chairperson Martin Manuhwa said the company is looking at kick-starting production at least a year from now. While talks of the resuscitation of the company are on-going, the Redcliff mayor says the town has been exploring ways of being self-reliant in water supply.

“During the years 2017 and 2018, we had a feasibility study as we wanted to be an independent water authority. We had that feasibility study looking at our nearby water sources such as Cactus Poorte (Dam), Mbembeswana (Dam), and Green Dam. We wanted to get an investor whom we could partner with so that we would get our own water source,” Masiyatsva said.

The project, however, suffered a stillbirth as Cactus Poorte did not have enough capacity for a sustainable project. “We had then earmarked Cactus as a potential water source for the town, however, after the conclusion of the study Cactus only had water which would sustain the town for only five years. We had then agreed with the investor that we would roll out prepaid water meters and he was supposed to get a certain percentage from water billing as a way of recouping his investment for the next 15 years. However, that had to be abandoned as it was not sustainable so it’s back to the drawing board,” he said.

Redcliff Council then instituted another feasibility study which highlighted the need for the town to have its own water treatment plant.

“We had another feasibility study were we agreed to have our own water treatment plant here in Redcliff while we draw raw water from Dutchman Pools in Kwekwe. We then adopted that resolution and we are currently looking for an investor,” Masiyatsva said.

In the meantime, while council is considering a long-term solution to the water challenges which have been exacerbated by a growing population and aged infrastructure, Redcliff has decided to hand over the management of water to Kwekwe.

“Council on 9 February resolved that since the project would take three years for us to get our own water treatment plant, we then agreed to have a tough decision. We resolved that we will give Kwekwe the administration of water and collecting rates from residents. We are concerned with the ballooning debt at Kwekwe which is now over ZW$100 million,” he said.

Masiyatsva said discussions on handing over the administration of water supply to Kwekwe are currently underway. —STAFF WRITER