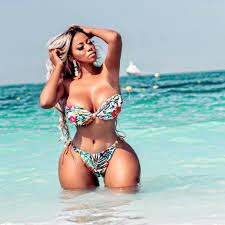 THE explosive court battle between prominent corporate executive Grace Muradzikwa and flamboyant businesswoman Luminitsa Kimberly Jemwa has been postponed to 5 May after a court hearing on Wednesday amid renewed name-dropping and obstruction of the course of justice as the docket disappeared again.

The case was this week marked by interference and disappearance of the docket as has happened in the past. Police commissioner-general Godwin Matanga’s name has been dragged into the case of unlawful entry and theft involving US$152 000 in cash and valuables, pitting Muradzikwa and Jemwa.

Jemwa flew from Johannesburg, where she is based, to attend court this week. She was told to return on 5 May for trial.

“We have been told to come back to court on 5 May,” Jemwa briefly told The NewsHawks.

Those involved in the case say Muradzikwa has been using Matanga’s name to intimidate Jemwa, who is fighting the corporate executive’s son Kundai, accused of unlawful entry into his family tenant — Jemwa’s home — and stealing US$32 000 in cash and valuables amounting to US$120 000.

According to court papers, Kundai Muradzikwa, son to Insurance and Pensions Commission (Ipec) commissioner Grace Muradzikwa and ex-Nicoz Diamond managing director, allegedly gained unlawful entry into their tenant Jemwa’s house at No. 4 Quinnington Road in Borrowdale Brooke, an upmarket housing estate in Harare’s northern suburbs, after forcing her maid to vacate the premises over delayed payment of rentals of US$1 700 per month.

Jemwa had promised to pay the rent in cash upon her return to Harare from Johannesburg, which she did. However, before Jemwa’s return, Kundai had allegedly forced out her maid, seized the keys and gained illegal entry into the house and stole US$32 000, designer handbags and jewellery — personal effects such as necklaces, rings and bracelets — amounting to US$120 000.

After that, Kundai then called Jemwa, claiming her maid had stolen her goods and left without telling her. Jemwa, top local footballer Nyasha Mushekwi’s former wife, now a businesswoman dating a Johannesburg-based local businessman, rushed back to Harare and found her money and valuables gone.

In the company of relatives, she went for a surprise visit to her maid Musodzi Pafiwa’s home in Domboshava, only to find that there was nothing to suggest she had stolen money, as her home did not even have groceries.

Jemwa then got both Kundai and her maid arrested, even though she had not found anything at her helper’s home.

The maid told Jemwa that Kundai had forced her out and took control of the house keys. It is alleged that once he got the keys, Kundai unlawfully entered Jemwa’s rented property and made off with US$32 000, four pairs of designer shoes for men, three pairs of designer shoes for women, bags and tracksuits, two diamond-encrusted Rolex wrist watches, as well as one pair of diamond earrings, among other items.

However, no sooner had Kundai been arrested than his mother Grace, a prominent insurance industry executive, started allegedly interfering with police and investigating officers, saying she was well-connected, as she knew Matanga and had “immunity” from the law.

She allegedly claimed her son also had “immunity”. Grace is accusing Jemwa of falsely accusing her son of stealing. Police officers indicated they were unable to proceed because of Grace’s interference and name-dropping.

There were even claims that the Office of the President and Cabinet was involved on her side. But Kundai has been taken to court and will appear on 5 May.

It is alleged the accused seized the keys from the maid and ordered her to vacate the premises because her boss had delayed paying rent by six days in the absence of the complainant. It is said Kundai unlawfully entered the complainant’s home without her knowledge or approval and stole the complainant’s money amounting to US$32 000 cash, two Rolex watches, gold and diamond jewellery, clothes and bags valued at US$152 000.

“The accused’s mother (Grace Muradzikwa) already interrupted the investigations by influ[1]encing the release of the accused person from the cells in the night well after the release time had passed. Since then, the accused’s mother prevented us from carrying (out) searches at his place of residence and influenced by being released from police custody within two hours of detention,” court papers say.

Additional information also indicates that the dockets went missing, not once, but several times, due to interference by Muradzikwa, after she allegedly threatened to rope in Matanga.