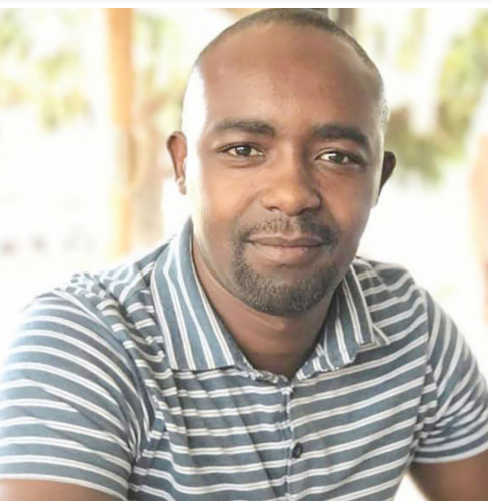 HARARE-BASED businessman, innovator and entrepreneur Ignatius Munengwa (pictured) has reported the Postal and Telecommunications Regulatory Authority of Zimbabwe (Potraz) top executives to the ministry of Information Communication Technology (ICT) for throwing out his complaint in which the innovator accused telecommunications giant Econet of stealing an idea he had presented to the company for a partnership.

This comes as the innovator has also written to Law Society of Zimbabwe president Wellington Magaya, complaining about how the society threw out his case involving lawyer Phillipa Phillips’ non-disclosure of conflict of interest in handling the case.

In a letter addressed to ICT minister Jenfan Muswere, Munengwa maintains that Potraz acted negligently when the regulator said it had no jurisdiction to handle his case against Econet.

Munengwa argues that Econet had a hand in Potraz’s decision to drop his case and close his file last year after the regulator initially indicated that it was looking into his case.

“We believe Potraz has acted negligently in misrepresenting their capacity to have a legal platform to resolve our matter. We placed great reliance on this and seek the appropriate compensation. We also believe that Potraz should answer our questions on why Potraz staff acted in a manner not consistent with clearly laid out Potraz code of conduct. We still do not understand why Potraz will not allow for us to hold Econet accountable for presentations made to it as the Regulator,” reads Munengwa’s complaint dated 7 February.

“Potraz’s conduct has created a bad precedent where resolving a com[1]plaint is involved. The Government of Zimbabwe and the industry at large is encouraging transparent and ethical governance of institutions. Potraz appears compromised in protecting Econet by not allowing the free flow of information and secondly having its senior members collaborate with conflicted media journalist in communicating Potraz’s policy, which Potraz has now made a U-turn on. This conduct and others highlighted in this letter create a biased adjudication process and questions Potraz independence in handling this matter,” further reads Munengwa’s complaint.

“The regulator commits to handle complaints transparently, impartially and communicate accurately to players in the industry. We have had our complaint file unilaterally closed by the Director General in October 2021 and recently by the Potraz’s lawyers whilst there are still unanswered matters on our complaint.”

Before Potraz threw out Munengwa’s case citing lack of jurisdiction, the regulator had earlier argued that his matter against Econet was not an intellectual property issue.

“Having considered the details of your complaint and representations made by Econet Wireless (Pvt) Ltd, attached hereto for ease of reference, we advise that the case is beyond our jurisdiction in view of the nature of the complaint, which is more of an intellectual property issue and not an anti-competition issue,” Potraz said in November.

Before approaching Potraz, Munengwa had sought legal recourse at the High Court before withdrawing the matter after his lawyers failed to meet deadlines.  He then pursued the matter through the regulator.

Munengwa believes Phillips undermined his case, resulting in him withdrawing the matter from the High Court last year after Justice Felistas Chatukuta sought comments on an alteration to summons she had made on his behalf.

He told The NewsHawks that when it became clear his lawyer was refusing to respond within the timeframe set by the High Court, while also withdrawing her services at a critical time, he withdrew the matter from court to pursue it through Potraz.

In an earlier meeting, Potraz officials had informed him they could not intervene if the matter was in court, although the authority offered a platform to resolve the issue. In his complaint, Munengwa said the Law Society had become an impediment to his pursuit for justice.

“The Law Society instead of being an independent regulator has become an impediment to our pursuit for justice. Information should freely flow in a complaint and not be held back for any reason. This response which we were not shown appears to have been at the centre of the verdict we received. Without sight of this information we had no chance in arguing or defending our complaint before a verdict was issued,” reads Munengwa’s complaint to Magaya dated 8 February.

He singled out executive secretary Edward Mapara for failing to execute the law society’s mandate.

“The Executive Secretary, Mr Mapara, has washed his hands from this matter, when he is fully responsible for the execution of an independent, transparent and fair complaint process. As it stands, I have been grossly prejudiced of a fair administrative process. The information has been in my opinion managed to benefit and protect Phillipa Phillips. I do not agree that it is the Secretariat’s professional judgement to withhold the only key evidence submitted by Phillipa Phillips especially after informing me that a thorough complete investigative process has been administered,” Munengwa said.

“As the Law Society, this is a matter which should be resolved and determined by your administration as the custodian of the administrative process which we are querying. Please urgently revert back to us on this matter so we can chart an appropriate way forward.”

In 2011, M-Comm Africa, through Munengwa, approached Econet Wireless with a proposal to partner the company with the provision of panic button rapid response security services.

Munengwa said he continued engaging Econet until June 2015, when the then chief commercial and customer services officer of Econet, Stanley Henning, responded advising that the company would not pursue the idea.

In November 2015, however, Econet launched “Connected Home”, which included a Panic Button and Rapid Response Service, which Munengwa believes is a replica of his idea.

Econet confirms that Munengwa indeed approached the telecommunications company to discuss a panic button service concept or an idea that the firm wanted to venture into.

The telecommunications giant says M-Comm Africa was not in existence at that time, and that instead Munengwa represented himself as the director of Iacocca Investments.

“Meetings were indeed held with Mr Munengwa in relation to his idea/ concept.”

Econet says it had considered several ideas and, in particular, Chuango Security Technology Corporation which had developed a similar home security system. Munengwa is demanding US$870 375 as damages for breach of contract and misappropriation of confidential information or alternatively an order directing that Econet pays M-Comm 40% of whatever profits have been made from the Connected Home service.