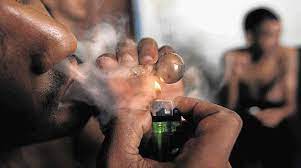 ZIMBABWE has been named together with South Africa, Uganda, Kenya, Malawi and six other African countries that have become a “market foothold” for methamphetamine (crystal meth), commonly known as “mutoriro“, that has caused severe mental disorders particularly among youths in East and southern Africa.

A report titled A Synthetic Age, The Evolution of Methamphetamine Markets in Eastern and Southern Africa, released last year and corroborated by local researchers indicates that the deadly and highly addictive drug that affects the central nervous system has gripped huge markets in eSwatini, Malawi, Uganda and other countries with the authorities engaging in corruption to facilitate the movement of the illicit drugs across borders.

Although local organisations, including the Zimbabwe Civil Liberties and Drug Network, said they could not ascertain the exact source of the drugs and its movements, the intake by youths has reached alarming levels with over 60% of admissions to men[1]tal hospitals being youths who abuse the substance.

The organisation’s executive director Wilson Box said they were yet to establish the real source of the crystal meth but conceded it has become a menace.

“We have not established a real source of crystal meth, but it is certainly coming from somewhere. In terms of numbers, over 60% of mental hospital admissions are young people. Also, there are several affected young people who cannot afford to go to such facilities,” he said.

In Zimbabwe, which the report de[1]scribes as a “market foothold” together with other countries like Kenya, Uganda and South Africa, the abuse of crystal meth and other deadly sub stances has become rampant among youths across townships, driving mental illness, violence, and pre[1]mature death.

Observers blame the youth behaviour on stress induced by a failing economy and growing poverty.  The NewsHawks has since last year been following the illegal substances trail in Harare’s townships, where youths spend time taking drugs including crystal meth, a highly addictive stimulant, and other illicit sub[1]stances.

“The consumer base for meth in South Africa appears to be significantly greater than initially imagined. Furthermore, meth appears now to have market footholds in eSwatini, Lesotho, Botswana, Mozambique, Malawi, Zambia, Zimbabwe, Uganda, and Kenya,” the 2021 report by Jason Eligh read in part, effectively confirming various reports including local ones that put the blame on substance abuse on the government’s failure to address economic challenges.

“These substances are moving alongside other illicit commodities and across both traditional and newly emerging trafficking routes. The new research finds that the consumer base for meth in South Africa appears to be significantly greater than initially imagined, marking it potentially among the largest meth consumer markets in the world,” the report read in part.

The dangerous drug, which has now become a multi-billion-dollar enterprise, the report said, was mainly manufactured in South Africa and Nigeria, with corruption and porous border posts allowing easier transportation in and out of the continent.

“While still being produced in South Africa, Nigerian-based production flows appear to have assumed a dominant role in the supply of markets in southern Africa.”

“A new flow appears to have emerged out of Afghanistan, along the so-called Afghan heroin ‘southern route’, landing in Africa in both Tanzania and Mozambique with the aim of feeding the growing base of southern African users.”

“This evolution of a regional meth market should not be a surprise. That southern Africa now is a node in the global meth supply chain connecting both the cartels of Mexico in the west and the Taliban provinces of Afghanistan to the east, has, in many ways, been inevitable.”

Previous surveys by The NewsHawks in several suburbs in the last year’s show that youths, mainly in high-density areas, have become addicts of the dangerous drug. “Meth is an illicit substance used in a growing number of African com[1]munities. In many places, it has dis[1]placed cannabis, the traditional standard bearer for African drug markets, as well as heroin and cocaine. It has become a multifunctional commodity as well. Meth is used as a currency to be exchanged for other illicit goods as well as being a substance for personal consumption.”

“Of the markets analysed here, consumer demand for meth is highest in South Africa but it is increasing in neighbouring markets, particularly because it is beginning to compete as a substitute substance for crack cocaine.”

“South Africa remains the primary destination market for meth trafficking within the region, but cross-border supply is flowing to all neighbouring countries. A new meth production supply chain has emerged from South Asia, with strong evidence supporting the conclusion that meth produced in Afghanistan is being smuggled through Pakistan and via traditional heroin maritime trafficking routes to eastern and southern Africa.”

The report also unearthed the complicity of the state in some southern African countries where the drug is being taken to and this cannot exonerate Zimbabwe as previous reports indicate an increase in its uptake but with little or no arrests of suppliers who are believed to enjoy protection.

“State-based and law enforcement corruption are rife in the domestic and regional meth markets, and this is a principal structural feature that has enabled the sustainability of supply and distribution chains within and across each of the researched countries.”

“Primary infrastructural points include OR Tambo International Airport in Johannesburg, the Port of Cape Town, and the land border crossings at Komatipoort (the border with Mozambique), and Pioneer Gate (Botswana) along the Trans-Kalahari Corridor.”

“Multiple smaller shipments make their way out of South Africa through the country’s two major international airports, but many shipments move overland on public and private transportation to Lesotho, Botswana, and Zimbabwe. Nigerian groups control much of the higher-level distribution of both Nigerian-made and Chinese-made meth within South Africa, and from South Africa to neighbouring markets.”