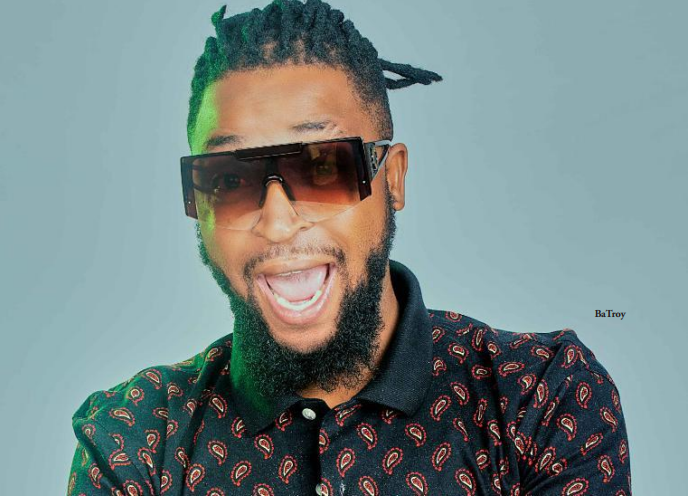 IMITATION seems like one of the worst things a musician can ever be accused of. But for BaTroy, being likened to Jah Prayzah is a badge of honour.

Every artiste believes they are uniquely talented and, on most occasions, they are indeed proudly unique.

So being accused of having imitated a fellow singer is a cause of anguish for any proud singer. But not this 34-year-old contemporary singer.

You have probably listened to a track called Shungu Dzemoyo Wangu, and wondered: Who could this be? Some thought it was sung by Jah Prayzah, while others speculate that he wrote and gave it to BaTroy.

Yes, there is a striking resemblance in the voices, with both artistes sounding similar, but to the trained ear there is a slight difference.

When asked about BaTroy, Keen Mushapaidze, Jah Prayzah’s publicist, professed ignorance about the rookie singer. Well, the truth is both artistes have not met, but the one good thing is that BaTroy gives thanks to Jah Prayzah for inspiring him.

“Being compared to the finest of them all enlightens my path and I also notice that I am extremely gifted too,” BaTroy tells The NewsHawks.

“Though we almost sound the same, we are different only if you are patient enough to give time to listen to Wagwizi and BaTroy. I haven’t met the Mukuru (Jah Prayzah) yet. I believe he loves my music too.”

When pressed to comment on his relationship with Jah Prayzah, Ba[1]Troy says: “I really like Mukudzei Mukombe, aka Wagwizi, big time. Ndoo madhara edu ndiye Mtukudzi wanhasi. (I look up to Jah Prayzah he is like our (Oliver) Mtukudzi. He is a brand.”

Others have even gone to the extremes of calling BaTroy a copycat. But he says he does not get offended.

“Problem with our audience, they call names and disses but at the end of the day they sing along. I believe in myself and I am confident in what I do. Copycat, No! I am my own man. I don’t know what made them think it was Jah Prayzah when it is actually me. I think that’s why our music industry is not going nowhere because people don’t know how to support music.

“Have you listened to Wassafi in Tanzania? We’ve got Diamond Platnumz, Ray Vany and Harmonize. The guys almost have the same vocal abili[1]ties, but they all make it and are making powerful music. We love them all. Now in Zimbabwe it’s different.

Tererai music chete and torai message. (I urge people to listen to the music and the message). If I may ask, did JP write lyrics for Shungu Dzemoyo Wangu? No? He didn’t but I managed to breakthrough and it became a hit. Just choose your favourite artiste and stop judging mwana wevhu (child of the soil).”

The Harare-based singer, whose real nam es my grief. A life without a mother is a motionless one and is also about children who grow in the absence of their parents.

I had to fight my own battles without anyone to depend on. Only memories left behind of a fighter and a well-spirited soul of Rosemary Kamango, who was my mother,” he says.

Besides Shungu Dzemoyo Wangu, BaTroy also has Ndiwe, on More Entertainment riddim by Cymplex and Ndipe Mukana. Since he made a huge splash on the mainstream music scene, BaTroy sees himself as one of the big names in the next 10 years.

“In 10 years’ time I will be a giant and well-recognised artiste in Zimbabwe,” he reckons.

Explaining why he does not perform more often, BaTroy said his services do not come cheap and was not under pressure to be on stage.

“My fans ini ndino pedza bhora (I am the real deal) stay tuned ndinonzi BabaTroy wekwa Pagiwa ndine ngozi,” he signed off. It remains to be seen how his confidence fares with the passage of time.

Red carpet treatment at the NAMAs!

I will not let my illness get me down: Mature