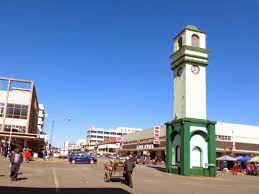 A DAMNING report by the government which recently revealed 100 illegal settlements in the Midlands province has further exposed the deep-seated corruption masterminded by Gweru City Council employees who connive with private land developers in illegally approving engineering designs for hundreds of house owners, prejudicing the local authority of revenue, The NewsHawks can report.

According to the report, the Midlands capital is now littered with houses built on wetlands. This has prompted the government to intervene in a bid to address the anomalies.

“Of the 100 dysfunctional settlements (existing and emerging) in the Midlands province, 25 are on wetlands with 16 of them being in Gweru district, two each in Gokwe South, Kwekwe and Shurugwi whilst Mberengwa, Mvuma and Zvishavane districts have one each,” reads the report.

“Besides construction on wetlands, poor roads and stormwater drain installation and maintenance is contributing to flooding in most settlement schemes.”

The government has since recommended investigations into housing schemes to unearth the irregularities.

“In the Garikai/Hlalani Kuhle Ascot Extension housing scheme there is need to conduct investigations on the circumstances leading to the creation, disposal and implementation of the irregular 410 stands in order to ensure accountability and corrective action,” recommended the government.

The report further revealed that in  the Tinshel housing scheme the layout plan for the houses was not available in council’s subdivision register. The government has since recommended the relocation of 57 houses constructed within the 30-metre flood buffer.

The government has noted the need to investigate delays in the installation of water and sewer services as well as the construction of houses without council approval.

In several other housing schemes, houses were built on flood-prone terrain and without environmental impact assessment permits.

“There is no going back on making sure land developers compensate people who would be moved,” Mavhima said.

National Housing minister Daniel Garwe who last week toured the unauthorised settlements in Gweru and said the government had chipped is moving to address the problem.

“Some of our employees had conflict of interest when they were contracted by land developers in the designing and implementation of sewerage and water reticulation systems as well as illegally approving building plans and we have since instituted disciplinary measures against some, and more heads are going to roll,” he said.

Makombe said council lost thousands of dollars through the illegal actions of its employees, money which could have been used for service delivery.

But Gweru United Progressive Residents and Ratepayers Association director David Chikore said there was a need for council to conduct a lifestyle audit on its workers.

“Some council employees lead lavish lifestyles and we have always wondered where they get the money. A lifestyle audit will unearth unscrupulous elements at the local authority,” he said.

Over the years, land developers across the country have been accused of engaging in corrupt dealings with local authorities.