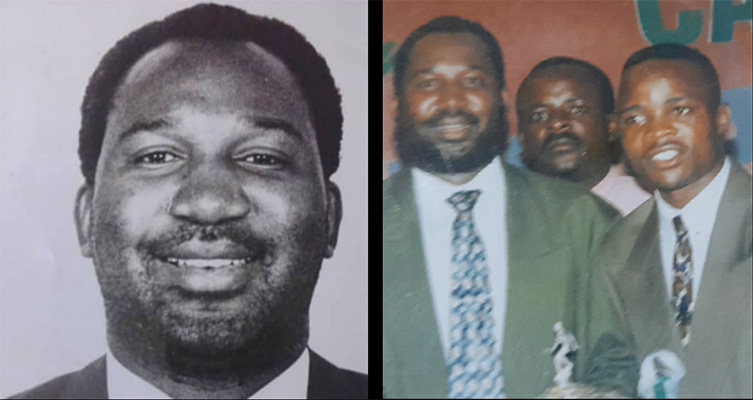 I HAD the most fortuitous pleasure in 2006 to sit next to Shepherd Bwanya on an Air Zimbabwe flight from Harare to Johannesburg.

The astute football administrator – a gentleman of the highest order who prided himself on his historic success with one of our country’s biggest clubs – was in buoyant mood as we chatted away on that short trip to the City of Gold.

I was still a schoolboy in 1996 when CAPS United won their first Zimbabwean top-flight league title in the post-independence era, under the chairmanship of Shepherd Bwanya, whose administrative competence was credited with assembling one of the greatest attacking teams ever seen in the history of domestic football in this country.

As a keen student and follower of Zimbabwean football, the fact that I had grown up supporting a great cross-city rival of CAPS United did nothing at all to diminish my respect for Bwanya, a man to whom reputation and integrity were everything.

Bwanya had since exited football governance when I was taking baby steps in this job a few years into the new millennium. This therefore meant that the two of us never interacted at professional level, two men separated significantly by age and generations.

The one and only opportunity to interact face-to-face presented itself on that flight nearly 15 years ago when AirZim, to my delight, paired me with this role model of a football administrator.

I was travelling with Zimbabwe’s cricket team, which was scheduled to play a couple of preparatory matches at Pretoria’s High Performance Centre, to fine-tune for a five-match ODI series at home against Bangladesh in a month’s time.

Two years earlier, South Africa had won the rights to host the 2010 Fifa World Cup. So Bwanya, who plied his trade in the pharmaceutical business, revealed to me that he was on one of his regular trips down south to seek out opportunities in that field ahead of the first African football World Cup.

This was four years before the 2010 World Cup when, to a lot of people on this continent and beyond, the thought of the world’s greatest sporting jamboree taking place on African soil was still surreal.

Such foresight and business acumen by Bwanya, I thought to myself, was probably what set professionals like him apart from the rest.

What also particularly impressed me about Bwanya was his knowledge of the other major sporting disciplines in Zimbabwe, greatly due in part to friends and family connections.

Taking a keen interest in the make-up of the Zimbabwe cricket squad on that flight, Bwanya, showing genuine concern, wanted to know from me why one Thomas Dangarembizi kept being overlooked for selection.

A young brother of Bwanya’s close friend and fellow CAPS United official Wellington Dangarembizi, Tom – as we call him – was a batsman and off-spin bowler who captained Alexandra Sports Club and played four List “A” matches for Manicaland in 2006.

I knew Tom well back in the day, a well-grounded and polite young man who was no less gifted on a cricket field.

He was only 20 back then in 2006 and I confidently told Bwanya that Tom’s hour would certainly arrive and that one day he was going to play international cricket for his country. Of course, somehow, it never happened, despite his obvious talents, so Tom spent the remainder of his career playing and coaching on the English club cricket circuit.

A business management degree-holder, the younger Dangarembizi now lives and works in the UK, where he has carved a niche for himself in commerce.

Another young sportsman we spoke about on the flight was Simba Bwanya, the ex-CAPS boss’s own son, a gifted rugby player who had represented Zimbabwe Schools at Craven Week in 2014.

Simba had joined Sharks Academy in Durban at the beginning of 2006 after leaving Prince Edward School in Harare, where he was the deputy headboy in his final year. So a proud Bwanya Snr, away from his pressing business commitments, was also keenly looking forward to paying a quick visit to his lookalike son in KwaZulu-Natal.

A mobile, agile and tall lock-forward – Simba later made his Test debut for Zimbabwe at the 2013 Africa Cup tournament in Madagascar in a Sables side hard hit by a strike involving most of the team’s senior players.

Zimbabwe surrendered their Africa Cup title in that edition, but representing his country was an achievement that Simba’s father, no doubt, felt proud of nonetheless.

We said our goodbyes at OR Tambo International Airport as Bwanya and I went our separate ways, promising to talk more often and share goings-on in the sporting industry of our country.

Unfortunately, we were never able to fulfil that pledge, but I take comfort in that for about an hour and 40 minutes, I shared an enlightening and hearty chat with a fine football administrator I had greatly admired while growing up.

Shepherd Bwanya was admitted to a Harare hospital with a stroke and died on Saturday at the age of 59. He was buried the following day at Glen Forest Cemetery in the capital.

We have a better chance in Tests: Brendan Taylor