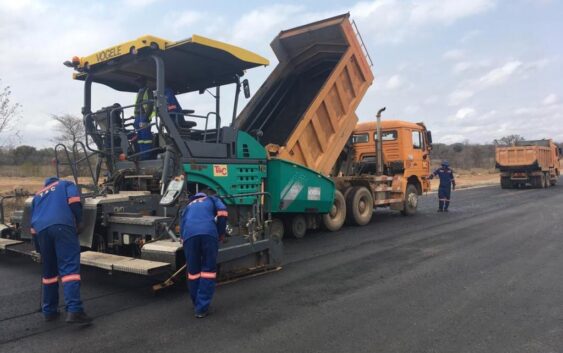 THE awarding of government contracts such as infrastructure projects to politically-connected elites, which is fuelling parallel market foreign exchange trades, will continue to drive the relentless depreciation of the Zimbabwe dollar until the local currency becomes extinct despite a raft of measures aimed at halting the carnage, a top economist has warned.

Zimbabwe’s economy is battling runaway inflation as the domestic currency collapses. The disparity between the official rate and the parallel market continues to widen each passing day.

Gift Mugano, an adjunct professor of economics at Durban University of Technology, said due to the significant amount of the budget being taken up by capital projects, parallel market trades will continues. Official figures show that 34.5% of the supplementary budget was allocated towards capital projects while 12% is going towards the agricultural sector.

“With this new budget, with about ZW$1.22 trillion budget, which will be distributed to government service providers one can only expect the exchange rate to run away until the Zimdollar goes into extinction,” Mugano said in his review of the country’s  budget and fiscal policy.

“In view of the effectiveness of the value for money and cleaning up of the procurement system, whilst this is a very good strategy which will help to rein in the current abuses, the big elephant in the room is centred around concentration of few service providers who have political muscle and drought of political will.

“Ironically, the players or service providers who are participating in road and dam construction are also the same players we see heavily involved in the agricultural programmes which are funded by government. What it means is that a few individuals will be stashed with huge RTGS balances which they will offload into the black market. This has been the phenomenon since 2018. It explains why the exchange rate is running away.”

Mugano said the government should consider other financing models for key projects which do not stoke inflation or weaken the local currency.

“From a procurement perspective, government departments purchase various requirements from middlemen who later on go and procure the very same commodities from manufacturers and add excessive mark-ups plus massive forward exchange rates which are currently excess of ZW$1 800 per US$1 at a time when the parallel market rate is around 850. The very same suppliers are given pre-payments, enabling them to offload their abnormal profits on the black market,” Mugano said.

“Going forward, with respect to infrastructure financing, government must consider innovative funding models for long-term infrastructure (roads, dams, etc) such as public-private partnerships, diaspora bonds and use of pension funds. This will reduce the burden on government whilst at the same time reducing the ongoing abuses of government funds which is fuelling the parallel market rate,” Mugano said.

To address this challenge, the Finance ministry proposed to set up a Value for Money Unit to scale up interventions towards greater due diligence before the awarding of contracts to ensure fair pricing and payment for goods and services.

Critics are however sceptical, saying the operations of the unit may result in bureaucratic inertia.