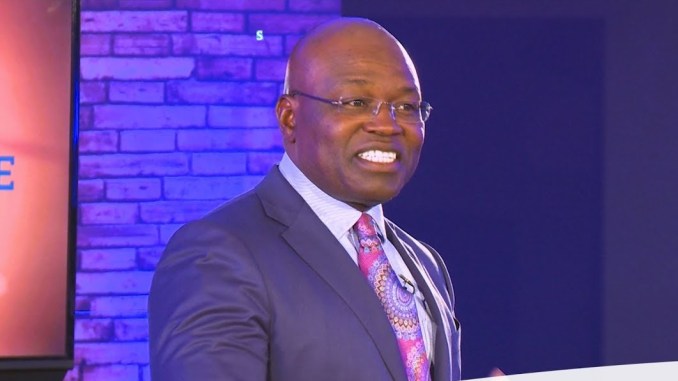 DOUGLAS Munatsi was a first-generation entrepreneur. Alongside renowned businessman Oliver Chidawu — at the tender age of 33 — he co-founded Heritage Investment Bank in 1995 and was appointed its managing director.

He quickly realised that to compete in a market with over 30 financial institutions, one needed scale. Through his contacts with Anglo American executives, including Kalaa Mpinga, among others, in 1997 he facilitated the merger of Heritage Investment Bank with the largest and most successful merchant bank then, First Merchant Bank of Zimbabwe.

He was appointed MD of the merged entity. Not one to be easily satisfied, as Zimbabwe was imploding, Doug decided that the next growth phase of the business was to go regional. He engineered one of the largest financial services deals ever undertaken in Zimbabwe.

Naturally, he was tasked with leading this new Bank as its first CEO in 2000. I was then general manager (finance) of one of the predecessor institutions, UDC (The Money People). I officially met Doug and Francis Dzanya in 2000.

Boy, little did I know it was only the beginning of a lifelong partnership that has endured to this day.

Both Francis and I held several positions in the bank, but were appointed group chief operating officer and group chief financial officer respectively in 2005, with Doug continuing as group CEO. At the time, the bank had just gone through some murky waters and was one of the few survivors of the 2003 banking crisis in Zimbabwe.

Under Doug’s guidance, we embarked on a massive turnaround strategy. As I recall it, at its worst, the bank had a market cap of just under US$4 million; what was worse was that you couldn’t find buyers at that price but, brick by brick, we rebuilt the institution.

In 2014, just before we left the bank, its assets had grown to some US$2 billion, we were able to sell it at an effective valuation of just under US$240 million to Atlas Mara, a vehicle that was created and run by former Barclays Bank group CEO Bob Diamond. Within a short time, it became clear that there was a new sheriff in town.

I remember Doug in very low spirits, saying maybe it was time to leave. I could not believe that he could give up on his baby just like that. For my part, I had long figured out that the ship had sailed off, although I just was not sure Doug was ready for our next adventure. But clearly, I was wrong.

Officially, ATMA took over on or about 31 August 2014 and by 31 December 2014 we were out of the bank. We dragged Francis with us, literally kicking and screaming!! We had decided it was time to leave and set up the next project.

In January 2015, DBF Capital Partners was born. DBF is an Investment Holding company owned by Doug, Francis and I.

The three of us contributed up to US$32 million by way of debt and equity. At the time of Doug’s passing, our balance sheet had just gone over US$144 million, and we are in the process of closing two transactions which, if successful, would take us to over US$200 million. It is testament to Doug’s vision and entrepreneurship.

We are determined to keep pushing as this is what Doug would have wanted. Doug was a serial entrepreneur, he had other thriving investments outside DBF, including one of the largest farming operations in Zimbabwe and Jacob Bethel Corporation, a company that specialises in heavy mining equipment, just to mention but two.

In April 2020, Doug decided to take a threeyear sabbatical from the firm as he wanted to serve his country. He joined a state-owned entity, the Zimbabwe Investment and Development Agency (Zida), as its inaugural CEO.

He was clearly a man of many firsts. I am aware that he tried his best to professionalise this business and had a lot of hope for our country that he deeply cared for and loved. We are all the poorer without Doug.

With Doug it was not all work and no play. We enjoyed ourselves like there was no tomorrow. We were part of a wine-buying syndicate that includes, Mthi (my elder brother), Shakes, Danisa and Taps. Of all the members of the wine syndicate, only Taps and Danisa support the Red Devils and the rest of us were absolutely fanatical about Liverpool and used to watch at least two live games a year at Anfield.

We have travelled the world with our families and friends. I will never forget our quarterly Mauritius board meetings, where Doug, Francis and I would work hard and then party even harder after our meetings. Doug was truly an outstanding human being.

I remember when Doug stepped down from the SLG board (one of our investee companies), Shakes said we needed to have an open invitation for Doug as the meetings and our trips to Durban would never be the same without him.

How can I forget our traversing the length and breadth of the United States on a fund-raising mission from Los Angeles to Washington DC and dancing to Drake’s tune, We started from the bottom now we’re here. What a journey! I know how much his mother meant to him and what he meant to Gogo and the whole Munatsi family at large.

No words can comfort her, we just must trust in God, as difficult as this may be right now. Auntie Bindzile, Musa, Bongi and Junior, we share your pain.

Doug was not just a partner, he was more than that to us, a friend, a brother, an uncle to our children and, above all an incredible human being.

We must celebrate a life well lived; I am certain this is what Doug would want us to do. I do not know how we will operate without him, but we will certainly endeavour to make sure that this legacy lives.