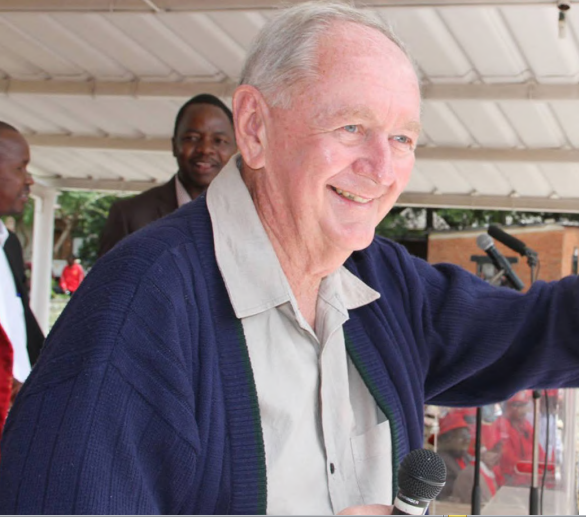 FEASIBILITY studies of the shady US$1.3 billion petroleum pipeline project, whose cost has quickened from US$850 million to US$1.3 billion and will ultimately surge to US$4 billion, are nearing completion, as President Emmerson Mnangagwa’s allies continue minting it.

The massive project has many shades of grey, with transparency and accountability gaps raising eyebrows.

It was approved by Cabinet in August last year and could result in Mnangagwa’s allies becoming key suppliers of petroleum products in the southern African region.

Since Mnangagwa rose to power on the back of a military coup in 2017, his cronies, including businessmen Kuda Tagwirei, Zunaid Moti, Lucas Pouroulis and Jacco Immink, have benefitted from opaque deals.

According to sources close to the deal, the feasibility study is at draft stage and will be presented to the government after completion.  as a formality, cabinet is expected to operationalise the joint venture, having already approved the project.

Investigations by The NewsHawks, which began in August last year covering Zimbabwe, South Africa and the United Kingdom, have unearthed revealing details about the project that was largely facilitated by Cross and state-owned National Oil Infrastructure Company of Zimbabwe (Pvt) Ltd (Noic) chairperson Daniel Mckenzie Ncube, an engineer who is a long-time Mnangagwa ally.

Ncube was Zanu-PF Midlands provincial chairperson, but was replaced by another Mnangagwa ally Larry Mavhima during the just-ended provincial elections.

He is more listened to by Mnangagwa than the dysfunctional Presidential Advisory Council, hence he enabled the deal.

The government approved the deal a week after Mnangagwa launched his biography, titled A Life of Sacrifice, which was written by Cross, thereby opening a new chapter in their cosy relations.

Documents obtained from the United Kingdom show that the project is a 50-50 joint venture between British-registered Coven Energy Ltd, fronted by Gregor, and Noic, which imports, transports, stores and handles petroleum products locally.

Cross confirmed this week that partners were finalising the feasibility studies.

“We are busy finalising the feasibility, which the government requested four months ago. This includes the regional demand of seven

Sadc countries and the state of infrastructure demands,” Cross told The NewsHawks.

“Among the regional ports considered are Limpopo province in South Africa, Katanga province in DRC (Democratic Republic of Congo), Zambia, Botswana, Malawi, Zimbabwe and central Mozambique (Tete). The project will now extend to Tanzania, it is the port of entry for the Copperbelt and Lubumbashi province.

“For Malawi this project is very important and for Congo too because they use trucks to move their fuel.”

Ncube confirmed that the feasibility studies had been completed.

“Most of the studies have been done. We also did the regional demand which took longer. We are currently a fuel hub, which means we have to go and capture the requirements of the region and make ourselves competitive,” Ncube said.

He said the project will reduce local fuel prices due to more supply.

Investigations show that the project was actually mulled in 2010 during the Government of National Unity between the late president Robert Mugabe and the opposition MDC’s found leader Morgan Tsvangirai, who is also deceased.

Cross was the deal-maker. He initially worked with former Energy minister Elton Mangoma over the deal. Mangoma wanted to build a regional fuel hub in Zimbabwe.

A UK source in August said given his experience as a business executive, first as Dairy Marketing Board boss, then head of the Cold Storage Commission and later as chief executive of the Beira Corridor Group which rehabilitated the Beira oil pipeline in the late 1980s, Cross was tasked with pushing the project.

“The company had been founded by Gregor, a South African chemical engineer who refused to serve in the apartheid army and left South Africa to start a new life in Texas, United States.

After some time, he sold 51% to Royal Bafokeng Holdings (RBH) and they built up the company to the point where they were operating drilling machines for the mining, oil and gas industry as well as building and operating storage and pipelines for fuel and gas.”

Mangoma and Cross tabled the project at a cost of US$850 million.

However, when Zanu-PF won the election in 2013, it stalled movement on the proposed project. The Noic pipeline remained the main petroleum products transportation infrastructure, largely used by several fuel companies. It was later mainly controlled in terms of capacity utilisation by Trafigura, an international commodities giant, and its local partner Sakunda Holdings, owned by business tycoon Tagwirei.

The new pipeline was seen as a commercial threat to their Beira-Harare oil infrastructure stranglehold. Noic controls the existing pipeline.

When the military seized power in November 2017 and installed Mnangagwa, the new pipeline project was revived, with Cross — who had crossed sides from the opposition to government— playing a major role.

Various engagements followed behind the scenes and when Tagwirei sold his fuel business to Trafigura to concentrate on building a new business empire, a new window of opportunity opened.

But Gregor had moved on. He had gone to establish Coven Energy in the UK. However, when he was given a second bite of the cherry he agreed.

In 2019, Mnangagwa then moved to appoint Ncube the Noic chair to further facilitate the project.

“After that, Ncube then engaged and negotiated with Cross and Gregor to establish a 50-50 joint venture between Noic and Coven,” the UK source said. “It’s a regional project based in Zimbabwe. So essentially Ncube and Cross, working with the Energy ministry and Noic officials, crafted the deal.”

Documents show that the project will run for 30 years, starting off with eight million tonnes of product per annum.

“The project will create employment opportunities and generate foreign currency for the country. It will also help reduce vehicular congestion and the smuggling of petroleum products.”

However, investigations show the deal is controversial as company records in the UK show Coven was only established by Gregor in August 2020, apparently for this project only.

Details on the UK companies registry show that Coven Energy Limited — whose registration number is 12835465 — was registered on 25 August 2020, raising questions around issues of experience and capacity to undertake such a huge project.

It is located at Flat 501, No.1 Bolander Grove, London, England. The company, whose first accounts are due on 25 May 2022, has four directors including Gregor, who is chair and was appointed the day the company was registered.

The two also have ownership of voting rights in line with their shareholding and the right to appoint and remove directors.

Curiously, both Gregor and the Highlands Group have the same address as Coven Energy.

Gregor’s control began effectively on 25 August 2020 when the company was registered, while The Highlands Group was notified on 16 November 2020.

The Highlands Group is registered in England and Wales. The registration number is 10485227. It has one active director, Heine Jan Van Niekerk, a South African resident in the UK. The company is, in turn, controlled by Africa Focus Group Limited whose address is Cosco Tower, Unit 1411, 14th Floor, Cosco Tower, 183 Queen’s Road Central, Sheung Wan, Hong Kong. It is registered in Hong Kong under registration number 2452086. It was notified on 30 November 2020 and the nature of control is through 75% share control. Records show Gregor was a shareholder in The Highlands Group between 28 July 2017 and 16 November 2020. He held 75% or more shares in the Highlands Group.

Other entities with significant control who resigned from the company are the Caledonia Highland Trust and Africa Defence Group Limited.

A check on The Highlands Group micro-entity balance sheet as at 30 November 2019, approved by the board on 26 November 2020, shows the company is not really operating.

It had nominal capital and reserves of £100; the same as it was in 2018. Previously, The Highlands Group was known as Protected Mobility International between 17 November 2016 and 28 July 2017. It was later known as Lewis and Clark Group Ltd between July 2017 and 14 April 2020. Several dodgy deals have been cut on Mnangagwa’s watch.