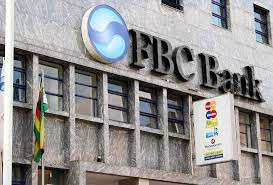 FBC Holdings’ reinsurance arm has been given the nod to underwrite business in neighbouring Botswana as the group seeks to boost its foreign currency earnings.

The instability in exchange rates fuelled a rise in inflation, thereby triggering drastic measures by the monetary authorities, including the temporary suspension of lending and an increase in the bank policy rate in line with inflation.

There is optimism that the measures implemented by the authorities will result in the stabilisation of inflation and the exchange rate. FBC Holdings Limited achieved profit before tax of ZW$12.2 billion and after-tax profit of ZW$8.1 billion on the back of a 212% improvement in total income to ZW$43.2 billion.

“FBC Reinsurance Limited (FBC Re) was fi[1]nally granted a short-term reinsurer licence in Bo[1]tswana with operations having commenced on 1 July 2022. This development is in line with our regional expansion strategy,” the company says.

“In spite of the volatile economic environment, the Zimbabwe insurance sector continues to be a sound risk mitigation system. The insurance market has significantly progressed with regards to regulatory capacity as informed by the regulatory initiatives introduced by Insurance and Pensions Commission (Ipec) in 2021.

FBC Re was incorporated in 1994 before it started trading as the Southern Africa Reinsurance Corporation (SARE) a year later.

In 2004, the company rebranded to FBC Reinsurance Limited to reflect FBC Holdings’ majority shareholding. FBC Re specialises in non-life reinsurance and risk management services to insurance companies to effectively manage capital and risk.

It is one of the leading provider of risk transfer solutions to insurers of property and casualty business within sub-Saharan Africa on both facultative and treaty basis.