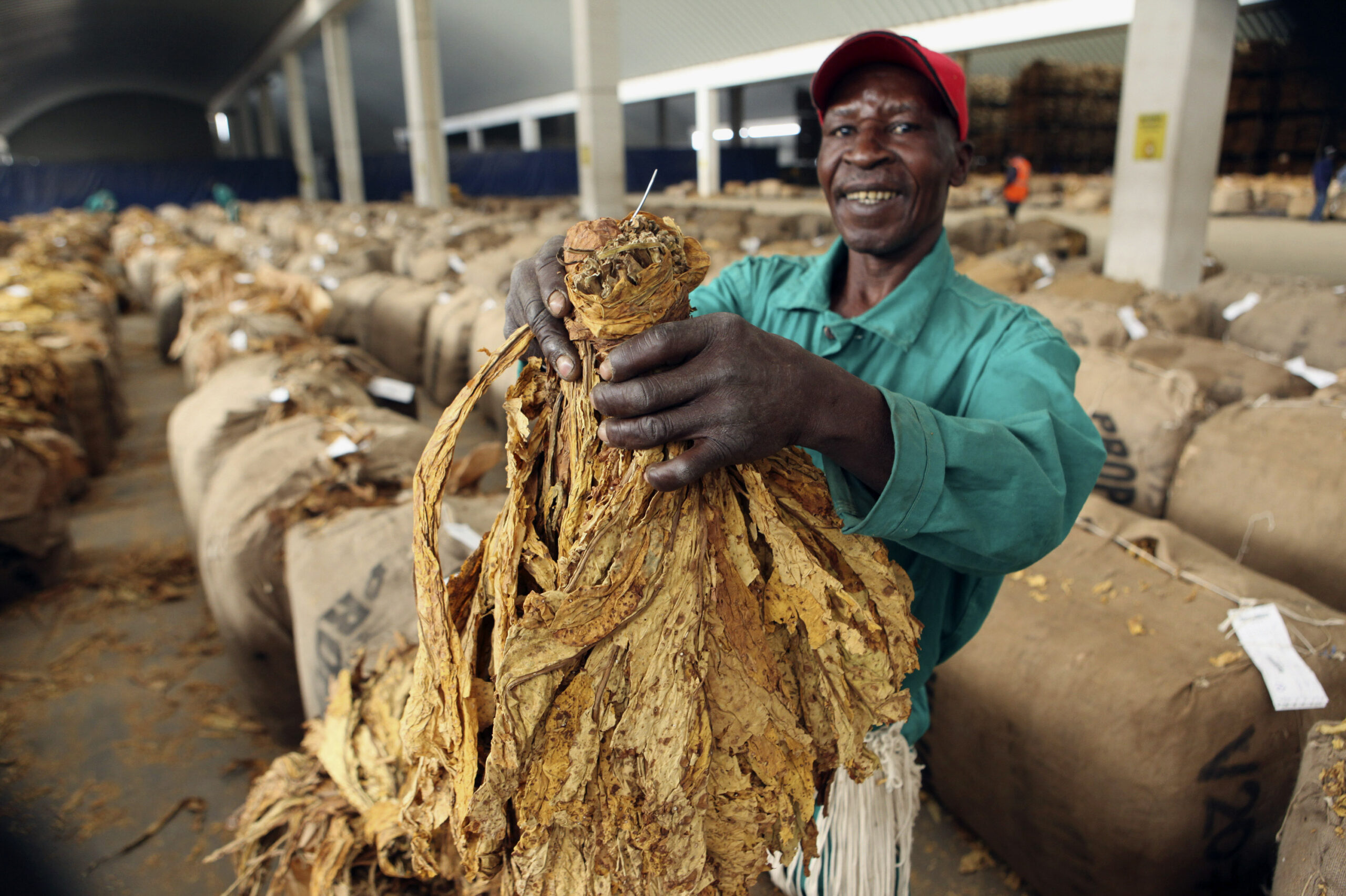 A worker at Boka Tobacco auction floors displays some of the tobacco crop, in Harare, Zimbabwe, Tuesday May 14, 2013. The country's tobacco selling season kicked off in February and to date tobacco worth over $400 million dollars has been sold to buyers mostly from China and the European Union.

ZIMBABWE has sold about 2.5 billion kilogrammes of tobacco valued at US$7.1 billion since 2007, with China and Indonesia absorbing most of the golden leaf, data from the Tobacco Industry and Marketing Board (TIMB) show.

Tobacco is one of Zimbabwe’s leading foreign currency earners, alongside gold and diaspora remittances. The country, which is the largest producer of tobacco in Africa and the sixth globally, is aiming to turn tobacco farming into a US$5 billion industry by 2025.

According to data contained in the TIMB 2021 report, Zimbabwe has been earning billions of dollars from tobacco sales since 2007 when the country began selling the product in greenback.

Last year, the southern African nation raked in US$589.7 million from tobacco sales. According to TIMB chief executive officer Meanwell Gudu, in 2021 Zimbabwe exported 183.7 million kilogrammes which was lower than the 187.9 million kgs exported in 2020.

The export pattern was the same pattern in the past three years from 2019. However, the report shows that peak exports for 2021 were first realised in April.

“These were shipments to China that had been halted due to the Covid-19 pandemic. Traditionally, Chinese shipments are done between November and January,” he said.

Gudu said a total of 7.9 million kgs was imported from 10 countries compared to five million kgs imported in 2020. The imported tobacco was used for blending with local stock for either cigarette manufacturing or processing and export, he said.

“Imports from the Dominican Republic and Indonesia are mainly used for the manufacture of cigars. 98% of the imports was flue-cured virginia (FCV) tobacco and 2% was burley and dark fire,” he said.

Gudu said the year 2021 ended with stocks amounting to approximately 122 million kgs compared to 121 million kgs in the previous year.