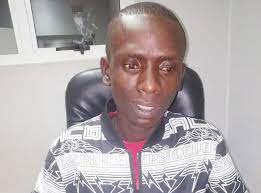 THE family of the Kwekwe-based slain Citizens’ Coalition for Change supporter Mboneni Ncube (pictured) has gone into hiding after the murder suspects who are now all on bail launched a bloody attack on the key witness in the case.

The assault of the man who witnessed the 27 February murder of 35-year-old Ncube at Mbizo 4 shopping centre while Chamisa was addressing a rally happened last weekend.

The name of the chief witness is Brighton Nyirenda.

According to a Kwekwe police Law and Order memorandum 38/22 dated 28 February 2022, the 16 suspects were arrested at Jessie Lodge in Mbizo. The lodge is run by former State Security minister Owen “Mudha” Ncube.

In the latest development, The NewsHawks gathered that on Sunday night this week, the suspects trailed Nyirenda from Old Mbizo shopping centre and cornered him as he approached the gate to his house whereupon they indiscriminately assaulted him with logs all over his body.

Nyirenda confirmed the incident to The NewsHawks and said the suspects accused him of pitching up in court on 18 August for their routine remand in the murder case after having warned him several times to drop from being a witness.

Fearing for their lives, family members of Mboneni who live in Kwekwe have gone into hiding.

“It is not even fair. The suspects assaulted the witness (Brighton) and almost killed him so we have gone into hiding to save our own lives,” she said.

Mbizo MP Settlement Chikwinya also confirmed assault of the witness in the case, but said he did not have much details as he was out of Kwekwe.

“I heard about the assault of the witness, but I am out of Kwekwe to get more details,” he said.

Nyirenda said among the suspects who assaulted him was Albert Maketo Tembo and another one he only identified as Masparo.

“While they were beating me with logs, the suspects were saying why do you want to testify in the case and from where did you get the guts to go to court on 18 August,” said Nyirenda, adding:

“I suffered severe injuries and went to Mbizo Police Station to report the case, that is where I got a letter to seek medical report and get treated, but I have not done so because I do not have the money required by Kwekwe General Hospital. The murder suspects are yet to be arrested for my assault case,” he said.

Council for Peace and Justice Trust, a civil society organisation based in Kwekwe, is now trying to help the family of the murdered CCC supporter as well as the chief witness.

“It is a very touching issue and they feel very insecure and vulnerable at the moment. The witnessing guy is in bandages as we speak. He has been attacked twice so far for being a witness in the matter,” he said.

As previously reported by The NewsHawks, there are concerns that there is a deliberate ploy to intimidate witnesses in the murder case so that the accused persons are acquitted.

There are also reports that the state machinery is determined to help the accused persons who have strong links with Zanu PF.

Other revelations also indicated that the police officers who were handling the case from Mbizo Police Station have since been transferred from Kwekwe.

The family of Mboneni also expressed concern that Kennedy Simbi – who is believed to have delivered the killer blow on their relative, got free bail at the courts.

Both Midlands police spokesperson Inspector Emmanuel Mahoko and national spokesperson Assistant Commissioner Paul Nyathi were not available for comment as they were unreachable on their mobile phones.

Related Topics:Mboneni Ncube
Up Next