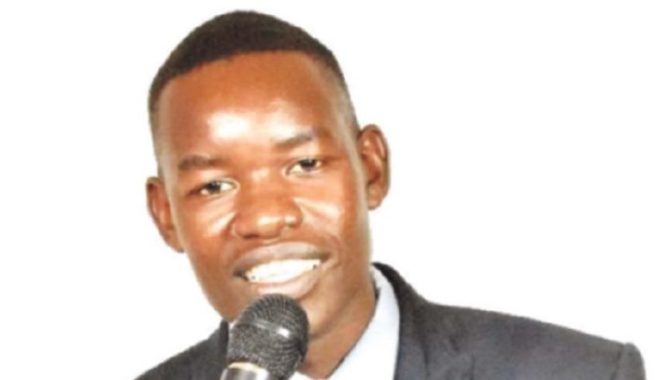 A ZANU PF shadow member of Parliament is wreaking havoc in Harare where he is accused of invasions that have seen him taking money from stall owners and forcing himself onto land belonging to the city council, mainly in Glen Norah suburb.

The actions have evoked fears of fresh invasions ahead of the 2023 general election reminiscence of the days of the Chipangano terror gang that grabbed open spaces and council-run markets while channeling the money to Zanu PF coffers.

Residents who spoke to The NewsHawks confirmed the invasions and pointed out the spaces taken over by Crispen Magaya (pictured), who lost to the Citizens’ Coalition for Change’s Wellington Chikombo in the 26 March by-elections. The areas include a space designated as a wetland, on which he is building his house.

Several other structures have been constructed there without proper reticulation and roads, posing a health hazard.

Magaya is accused of setting up illegal market stalls at a bus terminus at a nearby shopping centre where he is forcing vendors to pay US$5 per table.

“He calls himself MP for Glen Norah and that he is unstoppable. There was an invasion that he led near Rutsanana Clinic, but they were removed by council,” one of the residents said while showing the debris from houses built on illegal space dished out by the Zanu PF shadow MP.

Magaya is also said to be targeting other stands in an area called Paradise, again in Glen Norah.

The vendors also said Magaya was eyeing several open spaces in the area while riding on the Zanu PF ticket.

Magaya on Thursday said he was only protecting the land from CCC officials who wanted to use it to fund their campaign ahead of the 2023 elections.

“I actually came out speaking against invasions (by CCC) this week. I represent Zanu PF interests here in Glen Norah and can’t let land being taken by the CCC and using it for the campaigns (ahead of the 2023 elections),” he said.

“I fight for Zanu PF rights as I am their MP here in Glen Norah. We cannot allow CCC to take land working with those from council and use it for their campaign,” he said.

He accused some council officials of working with the opposition, but would not explain why he had invaded a bus terminus.