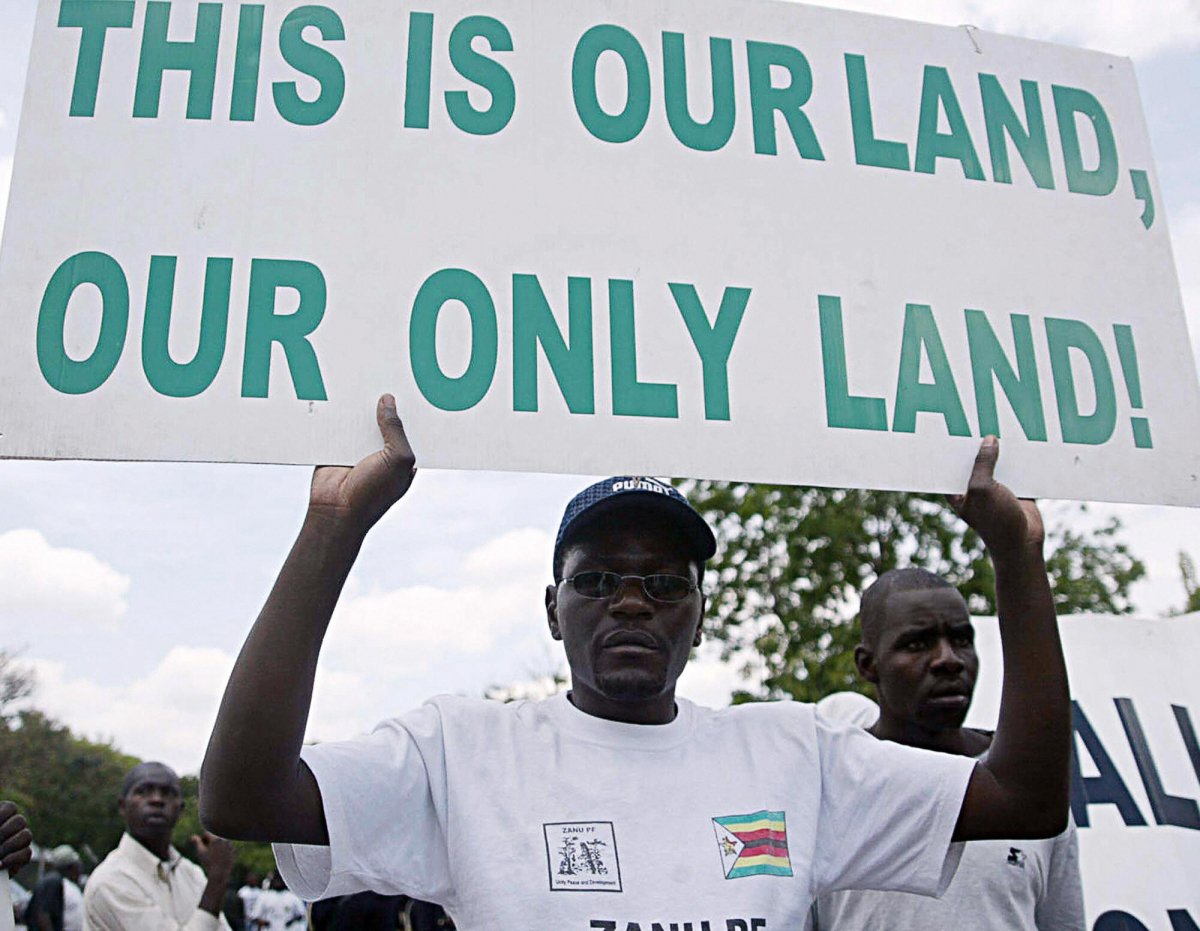 IN a court application that could have serious implications for Zimbabwe’s questionable land ownership rules, Bulawayo businessman Mark Masinyazana Mbayiwa has filed a High Court challenge against the government’s sweeping powers over land rights.

If granted, the lawsuit could lead to the dismantling of the Zanu PF government’s undemocratic stranglehold on agricultural land ownership, with ramifications for wider property rights. This comes amid a growing tide of arbitrary seizures of farmland by powerful politicians and their corporate cronies.

The law — as currently configured — stipulates that any seller of rural land must first make it available to the government before selling such land. This is done through the issuance of a certificate of no present interest.

Effectively, it means Zimbabweans cannot acquire any land before the potential seller first offers it to the government. Mbayiwa argues that this cannot be allowed in a constitutional democracy.

“In the same vein, once I become a holder of rural land, I will be required by law, when I decide to dispose of such land, to offer it first to the government of Zimbabwe,” Mbayiwa states in his application.

He says this is an irrational, unfair and unreasonable violation of property rights. Represented by prominent Bulawayo lawyer Josephat Tshuma of Web, Low and Barry, Mbayiwa is seeking an order declaring invalid section 47 of the Land Acquisition Act as well as sections 3 and 4(1) of the Land Acquisition (Disposal of Rural Land) Regulations of 1999. Further, he wants the order to be confirmed by the Constitutional Court. In case number HC219/22, Lands minister Anxious Masuka is cited as the first respondent and Attorney-General Prince Machaya is second respondent.

Mbayiwa says a central objective of the armed liberation struggle was the repossession of land by indigenous Zimbabweans, but the government — even after declaring the fast-track land redistribution programme a success — unjustly continues exercising arbitrary powers in the acquisition and disposal of land.

It is clear that the primary purpose of the regulations was to prevent the sale of rural land on the willing-buyer, willing-seller basis at the expense of the state which intended to acquire such land.

“Whichever way one looks at it, the conditions that prevailed when the need to protect the state was mooted are no longer in existence. The protection accorded to the state has become both arbitrary and irrational. By definition, it has become unconstitutional,” Mbayiwa says.

The Lands ministry has filed a notice of opposition to Mbayiwa’s case. Mbayiwa argues that the cited provisions are in contravention of sections 71 (2), as well as 56 (1) of the constitution which guarantee property rights. Mbayiwa’s point of departure is that he intends venturing into commercial farming.

However, he is encumbered by the law — which places unjust limitations on citizens’ rights to acquire or dispose of agricultural land.

The current law not only violates property rights, but also hampers private investment. For instance, the seller of a significant interest in a rural land holding company is required by law to first make an offer to the government before selling such land. Mbayiwa says even family members hoping to inherit rural land are finding it difficult to assert their property rights.

In its notice of opposition to the suit, the Lands ministry says it is common cause that “rural land” and “agricultural land” are one and the same thing. The ministry argues that the right to property “is not absolute” and this limitation of fundamental rights is provided for in section 86 of the national constitution.

The ministry further argues that, in terms of the law, there is a presumption that “the state has interest in all rural land unless it indicates otherwise”.

The ministry adds: “For that reason, the state has to put in place mechanisms to manage and monitor rural land.” In its notice of opposition to the application, the Lands ministry says land regulations are necessary in preventing people from selling expropriated land on the pretext that it is private land.

“There are many cases where sellers and buyers would only know that the land intended for selling was acquired by the state. There are also situations where owners of rural land would get wind that the state has interest on a particular land and go on to sell that land to innocent buyers. The regulations seek to arrest such scenarios,” the ministry says.

“It is important that any person intending to sell land must offer it to the state or get a certificate of no present interest to avoid situations where one would buy land today which land the state has no present interest in or has already acquired. The limitation is justified and does not offend the constitution in any way in that it safeguards both the buyer and seller.”

Analysts say the Zanu PF government’s stranglehold on rural land ownership rights has become an important frontier in the fight for constitutional rights.

Last year, amid an escalation in arbitrary land seizures by the government and privileged corporates, Harare lawyer and opposition politician spearheaded a landmark challenge against sections 4 and 6 of the Communal Lands Act which vests rural land in the President.

Representing the Hlengwe Shangaan community of the Lowveld which faces displacement from ancestral land, Biti argued that the law was a colonial relic premised on the racist notion that an African could not own land. —STAFF WRITER.

Mnangagwa at pains to charm Matabeleland