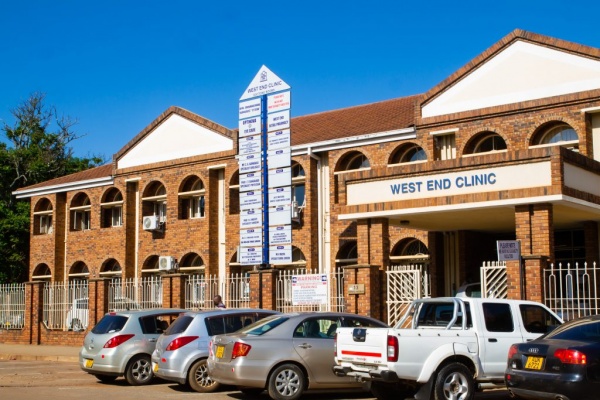 GOVERNMENT is plotting to seize control of the country’s oldest and biggest medical aid group, Premier Service Medical Aid Society (Psmas), through the Public Service Commission (PSC) acting as its stalking horse in what has been described as an attempt to create a new feeding trough for politically connected corporate raiders.

However, Psmas members who own the society — civil servants — have raised a red flag over the PSC manoeuvres to take their organisation and run it in the interests of government officials and their business cronies instead of members.

Although its subscription rates which average 58% of market charges are way below competitive levels — this has a downstream effect of causing card rejections by service providers and shortfalls — and thus inadequate to fully cover the cost of services, Psmas has a huge subscriber base of 890 000 members.

This makes it an attractive asset for corporate raiders hovering over its struggling operations. Due to its unsustainably low rates and legacy mismanagement and corruption issues, Psmas is struggling to pay its workers, has negative working capital, shortfalls for members in accessing services, stalled growth projects, failure to retain critical skills, incapacity to replace equipment and lack of stock at Premier Services Medical Investments, its healthcare institution founded in 2003 and now the largest private healthcare provider in Zimbabwe.

Psmas members wanted to ratify resolutions on restructuring and consolidation made during the interim management under Dr Gibson Mhlanga who was brought in by government from the Health ministry to clean up the mess left by the organisation’s former chief executive Cuthbert Dube who was removed under a cloud of corruption.

When the AGM time came, government stalled the process demanding some changes in the board chaired by Jeremiah Bvirindi. The 11-member broad comprises three members appointed by government, three appointed by civil servants, three elected by other members and two chosen by affiliate employer organisations, excluding government.

The Psmas managing director is the principal officer and an ex-officio member. Just before the AGM in June last year, Psmas was told by government to cancel the meeting because they had received a complaint from the PSC secretary Jonathan Wutawunashe.

“Following due process and acting in accordance with the Psmas constitution, the society scheduled its AGM for 24 June 2021,” a government source said.

After that government changed its board members and brought in deputy chief secretary to the President and Cabinet Martin Rushwaya, Tsitsi Choruma and Pfungwa Kunaka to replace Lender Dube, Eriya Hamandishe and Fananai Madambe.

“The new government board members were cooperative initially, but later under pressure from Wutawunashe — who always claims to be acting on orders from above — they changed and became uncooperative,” the government official said.

“Government representatives started making funny demands like having six board seats and making decisions without consulting members. So the AGM didn’t happen, which is a violation of the Psmas constitution and a subversion of the members’ interests. A series of meetings were held, but government representatives continued to behave as if they were running a state enterprise or parastatal. They also started threatening to run down Psmas by starving it of funding.”

This alarmed the Zimbabwe Confederation of Public Service Trade Unions (ZCPSTU), an umbrella body for civil servants’ representatives, who now accuse the PSC of plotting to takeover Psmas.

The body is pleading with President Emmerson Mnangagwa to block the sinister plot, which involves some local tycoons.

In an 12 April statement following a statement four days earlier by PSC Wutawunashe, the civil servants lambasted his move, saying he should stop purporting to speak on their behalf on the matter.

“In fact, we note a disturbing trend of somewhat contemptuous attitude towards labour since your commission assumed office. Does the employer no longer value the role of labour in the workplace?”

The civil servants said a “destructive plot” to demutualise Psmas was hatched in 2020 and is now in motion.

“We have already sought the intervention of our listening President on the PSC’s interference in the affairs of Psmas. His Excellency the President has noted with concern the disturbing attempts by the PSC to destabilise Psmas and has promised to take appropriate action,” the ZCPSTU said.

“We have since written to the minister responsible for the Public Service, Labour and Social Welfare stating our position on Psmas, namely that in order to put an end to the noticeable ambition by non-members to interfere, destroy and eventually takeover Psmas, government should stop making direct payments to Psmas on behalf of civil servants.

“Instead, government should simply pay an agreed health allowance to all employees. Individual employees will then make personal choices on whether or not to ensure their health and, if so, with which health insurer. This arrangement will ensure many civil servants who are currently not on any medical aid also benefit from this payment.”

The workers said the move will also promote the constitutionally enshrined freedom of choice for those unhappy with Psmas to join other medical societies like Cimas and First Mutual Life, among others. The workers’ representatives also say PSC wants to reverse all the actions taken to restore sanity at Psmas by the interim board led by Mhlanga from the Health ministry. Mhlanga has since left the ministry.

“PSC in its 2019-2025 Strategic Plan, Page 41, set itself a goal to either demutualise or capacitate Psmas. How a mutual society owned by its members finds itself in the strategic document of a government organ is baffling,” ZCPSTU said.

Wutawunashe last week told journalists that government had spent over ZW$6 billion in subscriptions payments to Psmas, figures the civil servants described as too little compared to high costs of medical treatment.

The amount is not enough to cover the 890 000 workers and pay Psmas’s monthly bills, while ensuring access to adequate services.

Related Topics:PSMASPublic Service Commission
Up Next