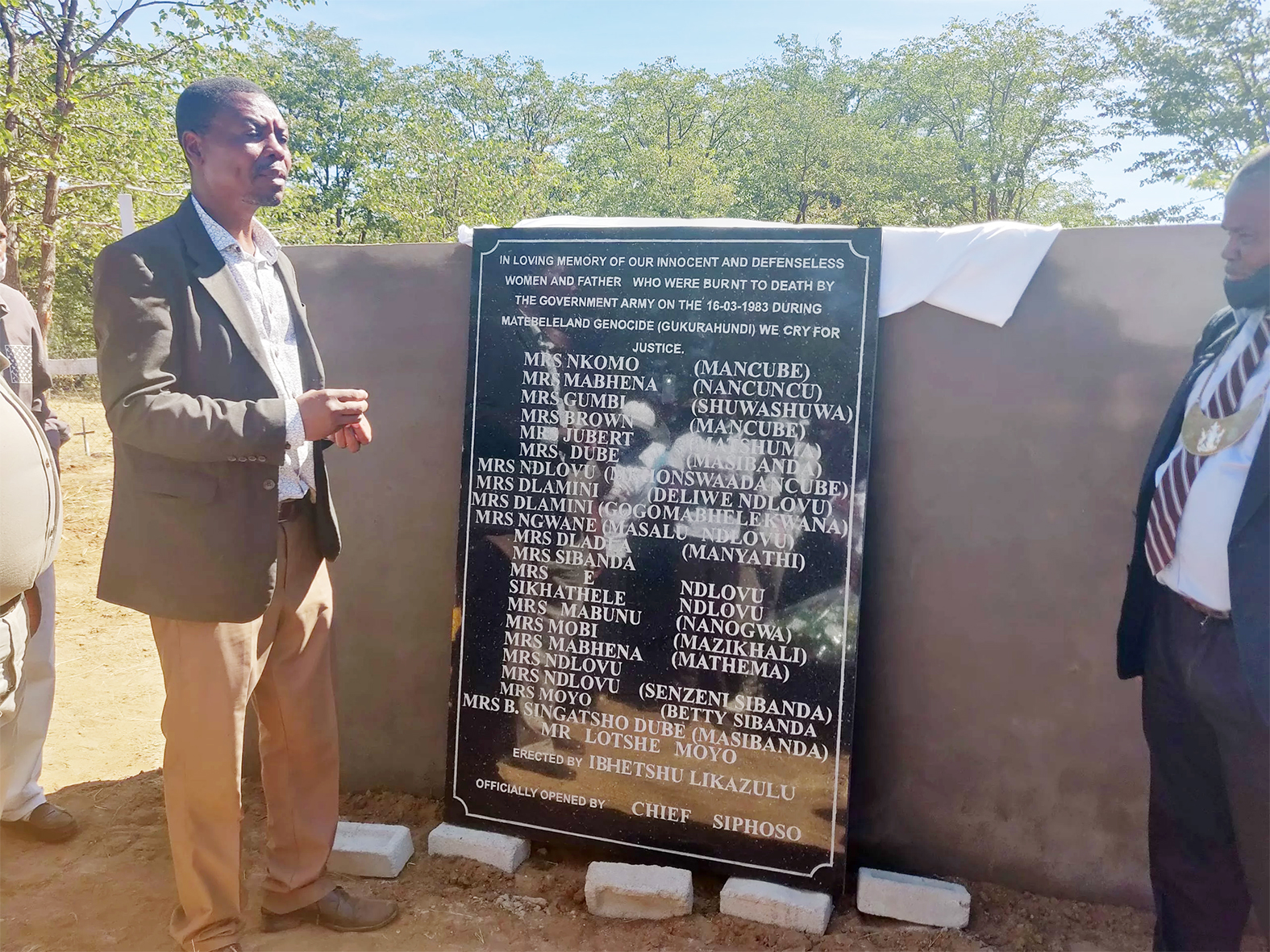 PRESIDENT Emmerson Mnangagwa has made desperate moves to appease the people of Matabeleland over the early 1980s Gukurahundi genocide which claimed 20 000 lives.

Mnangagwa, who is yet to publicly apologise for his involvement in the atrocities as minister of State Security at the time, this week made a surprise move to host the Independence Day celebrations in Bulawayo.

As State Security minister, Mnangagwa made several inflammatory statements during the unspeakable killings by the North Korean-trained 5 Brigade.

His boss, the late former president Robert Mugabe, was the chief architect of the the brutal murder of thousands, robbing families of fathers, mothers and relatives, scars which some bear to this day.

In a first of its kind in Zimbabwe’s history, Mnangagwa this week sought to charm the people of Matabeleland who have remained a pain in government’s neck since the 1980s.

Mnangagwa said the days of “bambazonke” are over as he plans to take the Independence celebrations, which have become a partisan Zanu PF affair, to the 10 provinces of Zimbabwe.

Bulawayo residents were treated to a football match between Highlanders and Dynamos, while a music gala featuring South African star Master KG was held on the evening of 18 April.

Observers believe Mnangagwa’s decision to frequent Matabeleland, unlike Mugabe, is in a bid to whitewash Gukurahundi.

Since grabbing power on the back of a military coup in 2017, the 79-year-old has moved to engage church leaders, civil society and traditional leaders over Gukurahundi.

The move has been widely viewed as co-option of opposing forces, mainly those vocal about the massacres.

The once vocal Women of Zimbabwe Arise (Woza) leader, Jennifer Williams, is one of the civil society leaders in Matabeleland who Mnangagwa has successfully co-opted, silencing others who follow her under a movement code-named, The Matabeleland Collective.

The group, ostensibly formed to represent the concerns of civil society in Matabeland, split two years ago over squabbles about Gukurahundi, with a section of the group demanding that Mnangagwa apologise and account for the atrocities.

They also demanded the issuance of identification documents to thousands of stateless Matabeles, who are currently excluded from the formal economy due to lack of personal particulars.

The split of The Matabeleland Collective has been one of Mnangagwa’s most successful ploys to silence dissent in the region, which is known to be militant.

With donor fatigue creeping in, Matabeleland civil society has been silenced, to the detriment of the marginalised communities in the region.

Mnangagwa has also frequented Binga, donating fishing rigs in a bid to woo the marginalised community to vote Zanu PF in 2023.

In the 26 March by-elections, Zanu PF made significant inroads in Binga, a worrisome factor for the opposition.

Apart from his manoeuvres in the region, Mnangagwa has also moved to appoint former Zpra guerilla Philip Valerio Sibanda army commander, who comes from his home province, the Midlands, in a manoeuvre likened to killing two birds with one stone.

Among other unverified claims, Mnangagwa says his original middle name was “Hlupheko”, which is a direct translation of Dambudzo.

Mgandane Dlodlo was King Lobengula’s regional commander in what is now the Midlands province, and the son of the most famed chief of Inxa Village.

He has done this to woo the Matabeleland community although he has failed to address several concerns from Ndebele people who, 42 years after Independence, are regarded as marginalised.

In 2020, Mnangagwa also spread his influence into sport, granting mining rights to Highlanders, the oldest and most successful football club.

This is largely viewed as an attempt to win the hearts of football fans, who constitute the core of the Bulawayo community, especially in the townships.

Highlanders is expected to start exploration at Inyathi Mine this year after securing a partner for the venture.