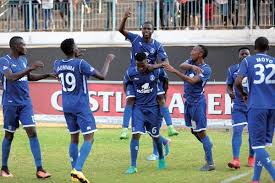 A FORMER executive of Dynamos has backed a dramatic takeover of the club by ex-players of the Harare giants as the battle for control of the country’s most successful football team has resurfaced following over a decade of Bernard Marriot’s firm grip on affairs.

A group calling itself an electoral college of the club this week chose a new board of trustees – comprising former players from different generations – to elbow out a board of directors led by Marriot, also an ex-Dynamos player.

The board of trustees is chaired by Ernest Kamba and deputised by legendary club player and coach Sunday Chidzambwa.

Tawanda Murerekwa, a former Dynamos secretary-general, said should they successfully seize control, the ex-stars must eventually facilitate the sale of the club to a stable owner who will usher in progress and settle the ownership disputes that recurrently besiege the team.

“It’s a very good development,” Murerekwa told The NewsHawks this week. “We cannot have a club being run like the storyline of Macbeth. Bring in investors with money. Look at what has happened with some of the world’s biggest clubs under single owners. It’s sad what is happening to Chelsea right now with (Roman) Abramovich, but look at the Glazers, Stan Kroenke and even closer to us, Patrice Motsepe. If the rumour that someone wants to buy the club (Dynamos) is anything to go by, why not? Gone are the days when a club is run from tobacco floors, which is where Dynamos was formed many years ago.”

Murerekwa said that Dynamos’ potential growth has been suffocated by outdated management styles, with some ageing founding members, who constitute the board of directors, having an overbearing presence at the 1963-founded club.

“What is the point of having 100% of a rat when you can have 5% of an elephant? When I was there, some of the (board) members couldn’t even come to meetings because they didn’t have bus fare, yet you are holding on to such a big asset,” lamented Murerekwa.

The founders, mostly pioneering players, have been empowered to run the show for many years by the club’s founding constitutional structure, which is now a centre of dispute and contrasting interpretations in the latest wrangle.

An interesting twist is that, except Marriot, all founding members are now deceased. As a result, Marriot has been left firmly in charge, which has courted trouble for him with the law in recent times. He was arrested last August on allegations of illegally awarding himself 51% shares of the club and has been in and out of court, facing fraud charges.

Murerekwa, meanwhile, has questioned the shareholding structure of the club following the demise of most of the pioneers.

Questioned about the timing of the takeover bid, that the fighting ex-players might be driven by desire for money since the club is lately enjoying rare financial stability due to generous corporate sponsorship, Murerekwa argued that it would be “justified” if that was part of the motive.

As expected, and is often the case in Dynamos wars, Marriot is not giving in without a fight and his rivals can brace for a prolonged and bruising battle. He dismissed the new board of trustees as “greedy individuals”, saying such doesn’t exist in the set-up of the private firm, Dynamos Football Club (Pvt) Ltd, which he claims to be the holding company of the club.

“One cannot wake up one day and suddenly declare that they now own the publication you work for, can they? These are just greedy individuals,” Marriot told The NewsHawks.

“Dynamos is not a trustee, but a private company operating within the laws of Zimbabwe. It is regulated by the Companies Act and the memorandum and articles of association. Dynamos is a private company with its own shareholders, who are the directors of the club. The company was founded on 6 January 1999 and the club was registered under it later that year.”

The club, therefore, according to Marriot, has long stopped using the constitution from the formative years in the 1960s.

“The old constitution was superseded upon registration of the company,” he said. “The so-called electoral college and the board of trustees are dead. There cannot be two boards for Dynamos. They say they want to form a committee to run the trust. The company doesn’t have trustees, it has a board of directors. That board of directors work well with a club executive committee made up of people totally committed to ethics, transparency, and good governance. It’s a no-nonsense and practical executive.”