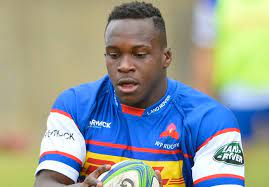 MICHAEL Kumbirai’s name appeared alongside the likes of Proteas fast bowler Lungi Ngidi on the 2018 Mail & Guardian Top 200 Young South Africans list, a revered annual compilation put together by the weekly newspaper to honour the country’s “eminent and accomplished young people” from different walks of life.

Aged 22 then, Pretoria-born Kumbirai’s Springboks dream was alive and well, with one solid performance after another for Western Province making a strong case for the big tight-head prop to pull over the famous green-and-gold jersey.

It is the green of Zimbabwe, though, that Kumbirai could now be wearing after the powerful front-rower finally answered the call from the country of his heritage following five years of being courted by the Sables.

25-year-old Kumbirai was this week included in an expanded 54-player squad for Zimbabwe’s return to Currie Cup rugby in South Africa, which begins against European national team Georgia on 2 April.

After tough eight games in the Currie Cup’s “B” section, Zimbabwe will fly to France for Africa’s World Cup qualification competition, with probably their best chance of qualifying since the Sables last played in the tournament back in 1991.

It is that real possibility of a World Cup appearance, playing at the game’s biggest stage, that has enticed players of quality like the former Stormers and Sharks tight-head, who is now based in France.

Another big catch for the Sables is Nyasha Tarusenga who, like Kumbirai, also studied at the University of Cape Town.

Born in Zimbabwe and raised in South Africa, Tarusenga is a flank known for his strong ball-carrying abilities, outstanding in both attack and defence. Tarusenga is versatile and, with Zimbabwe possessing good depth in the loose forwards department, the former Varsity Cup maestro will most likely play at lock for the Sables to rectify the team’s limitations in the second row.

Adding to the exciting back row talent are newcomers Kelvin Kanenungo and Mungo Mason. Kanenungo is a top-rated player who is co-captain of the University of Johannesburg’s Varsity Cup team while Scotland-born Mason is a dynamic flanker who now qualifies to play for Zimbabwe through family roots following changes to World Rugby eligibility rules.

Notable new call-ups in the backline are fullback Connor Kennedy and scrumhalf Brendon Curle, who are both tipped to bring stiff competition to squad members in their positions.

Kennedy’s eligibility is however still being checked, having previously played international Sevens rugby for the United Arab Emirates, where he lives and plays for Dubai Exiles.

Harare-born Curle, who relocated to the United States at the age of 11 with his missionary Canadian father and American mother, returned to Zimbabwe last month to push for a place in the Sables side. The 26-year-old halfback qualifies through birth.

Winger Russell Dinha, nephew of former Sables captain Costa Dinha and himself an ex-national Under-20 skipper, is another newbie in the backline who will back himself up to force his way into the team.

Have the Mighty Warriors saved SRC from a huge moral dilemma?