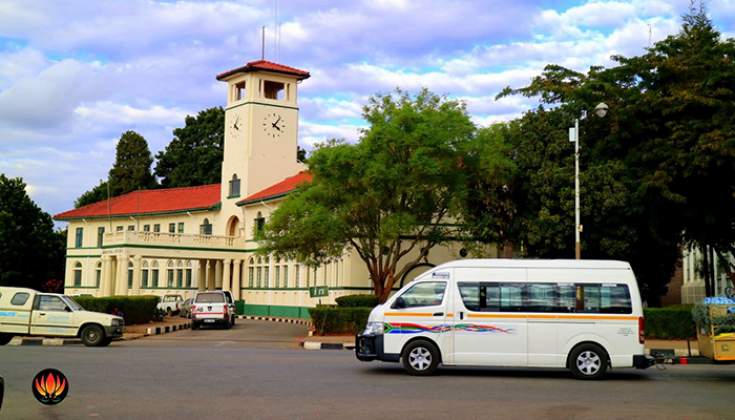 In July 2014, Gweru residents woke up to devastating news that city council’s once thriving beer concern Go-Beer would be shut down.

Jobs were lost and imbibers were left craving their traditional brew. The collapse of yesteryear breweries such as Ingwebu of Bulawayo, Pungwe of Mutare or GoBeer has over the years brought into sharp focus the administration of beerhalls which were run by local authorities.

On that day, seven years ago, the councillors made a resolution at a full council meeting that the liquor entity should immediately cease operations to pave way for investigations into the brewery.

And on that same gloomy day council security personnel and auditors took over and locked Go-Beer Breweries beerhalls, as the local authority moved to institute a probe into the way the company was being run.

Most permanent workers were sent on forced leave, except the finance, human resources and farm managers, whose services were required in carrying out the investigation. This week, The NewsHawks caught up with residents who have nostalgic memories of Go-Beer and how they regarded it as an iconic brand of the Midlands capital.

“In 2014, l had just returned from my flea market in town in the evening and went home to Mkoba Four,” James Mutero said.

“As was the norm among many other imbibers, I headed straight to Mkoba Four beerhalls, popularly known as Majikedhuze. To my surprise, I found other beer drinkers milling outside the bar, which had been locked. People were discussing that council had closed the bar and it was not clear why the beerhall had been shut down.”

Mutero said residents later learnt that council had ceased the operations of Go-Beer to investigate allegations of corruption. Another resident, Nomatter Moyo of Mkoba 16, said she met with the same fate (as that of Mutero) when she went for a drink at Mkoba 16 beerhall.

“Myself and other patrons were shocked to see security guards at the premises, who advised us that they had been instructed to close the beerhall to pave way for audits,” she told The NewsHawks.

“That day was the beginning of successive years of missing my favourite frothy and tasty Go-Beer traditional brew. It also changed the way we socialised, as we would pool resources during weekends to buy the beer in bulk and deliberate on issues at our burial club.”

She said on that day, she began to understand that corruption and plunder of resources could lead to the demise of even big companies, with dire consequences, not only for workers, but even those indirectly involved with such entities.

At its closure, the beer establishment was reeling under a $2.6 million debt and was failing to honour its obligations at the Local Authorities Pension Fund. And true to Moyo’s words, in 2016, workers at the beer concern wrote a petition to council that they were “wallowing in abject poverty” since they had not been paid their dues backdated to 2012.

In that letter, the workers alleged that some workers at the defunct brewery had died before receiving their packages, while others relocated to rural areas after failing to meet expenses in town due to non-payment of salaries.

The acting town clerk, during those days, who was also finance director, Edgar Mwedzi, acknowledged the plight of the employees, but said council “had nothing to do with most Go-Beer debts” since the firm operated as a standalone company. In later years, reports of investigations at GoBeer showed that while the looting and plunder of resources occurred unchecked, with shopfloor workers bearing the brunt of the corrupt activities, those in management, who were the perpetrators of such graft, went “scot free” and even benefitted from mismanaging the once buzzing corporation.

The plunder saw more than 300 cattle belonging to Go-Beer being auctioned that same year to settle outstanding salaries. Even some vital equipment at the brewery went under the hammer to pay debts.

Although a few years ago, Go-Beer farms were unbundled as some of council’s business units, as part of a process to revamp the beer entity, only last month, mayor Josiah Makombe announced that council had resolved to “dissolve the entity’s (Go-Beer farms) current management” for mismanagement and incompetence.

According to Makombe, the farm managers had failed to perform to meet production standards expected of crops planted at the council-owned land. But speaking to residents in recent months during engagement meetings, an optimistic Makombe said Go-Beer was among other income-generating ventures council had resolved to revive.

“We have lined up business projects for the city and these include turning our aerodrome into an airport, quarry mining and the revamping of council’s beer concern, Go-Beer,” Makombe told stakeholders last month. Makombe said council would engage private partners in most of the projects, with some now at “the stage of drafting agreements”.

But Gweru United Progressive Residents and Ratepayers Association Trust director David Chikore said residents were “worried that successive councils” had promised to revive entities such as Go-Beer with “no tangible results”.

“It’s like a wild goose chase,” Chikore told The NewsHawks. This publication this week visited Go-Beer Breweries premises in the city’s light industrial area, only to be greeted by a serene atmosphere at the once bustling place, which trucks carrying the much-beloved Go-Two and Go-Five beer used to frequent.

The derelict structures at the brewery would need business partners committed to inject millions of United States dollars, according to Chikore. “Council, like most other local authorities around the country, faces financial constraints in giving meaningful services to ratepayers. It remains to been seen if Go-Beer’s revival is not just a pipe dream,” Chikore added.