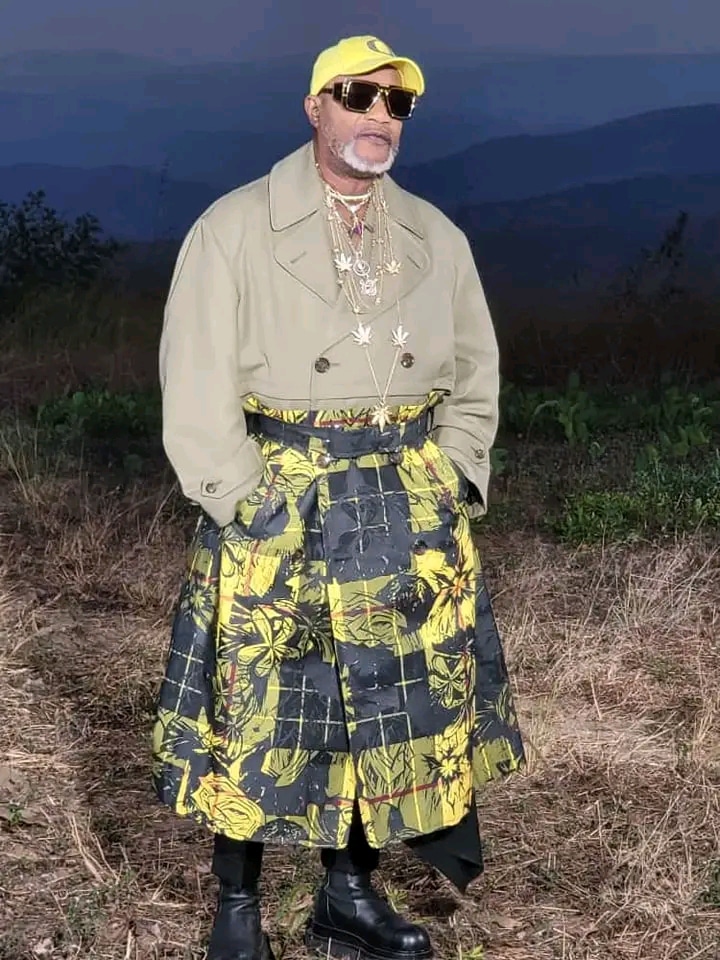 CONGOLESE rhumba star Koffi Olomide has teased fans with his new dress code, raising speculation that the Doubolo King, as he now calls himself, could be dropping fresh music anytime soon.

The Papa Mobimba singer took to his Facebook page and posted some of his startling pictures including one in a colourful dress-like number and another one in off-white heels by Rick Owens called Bottines a Plateforme which cost 1 544 pounds (US$1 870.

While the new outfits look good on Koffi Olomide, it might not work on every other Tom, Dick and Harry, especially non-performing artistes.

Interestingly, Koffi Olomide is not knew to such eyebrow-raising outfits as seen on most of his videos since his formative years.

When it comes to showmanship, Koffie Olomide, who has performed in Zimbabwe a number of times, brings his “A” game.

But perhaps it is not just Koffi Olomide who has a “weird” fashion sense.

American hip-hop artiste Kanye West, now known as Ye, who is a fashion designer of note, literally changed the way men now dress up in more ways than one.

In his 2004 video for one of his first singles, “All Falls Down” from his album “The College Dropout,” West wears a pale pink polo, stained with mustard, under a brown velvet jacket.

And at galas, music award shows and even at a brunch honouring that year’s Grammy nominees, West donned the palest shade of red nearly from head to toe.

According to mic.com: “In doing so, he was showing men like him — in the industry or not — that pink was nothing to be afraid of. Really, it could look cool as hell.’

Long before Jaden Smith even thought about wearing a skirt to prom, Kanye West slipped into one for a concert.

In 2011, West paired a black T-shirt with a black leather skirt during his Watch The Throne tour with Jay-Z.

The fashion choice was a controversial one within the rap world, with Chris Brown writing on Instagram, “Can’t get wit that swag! N*ggas gone be wearing heels next!” Reportedly, the criticism was so intense that West had begged Getty Images to take the pictures of him in the skirt down.

But by 2015, West only mused on the skirt in a positive light, telling Paper magazine: “There are warriors that have killed people in kilts in the past. Who gets to decide what’s hard and what’s not hard? When I saw this kilt, I liked it. I was into it. It looked fresh to me. I felt creative; I didn’t feel limited by some perception.”

Seeing how men have long accepted skinny jeans, maybe in future they will not hesitate to don the skirts.

Related Topics:KOFFI OLOMIDE
Up Next