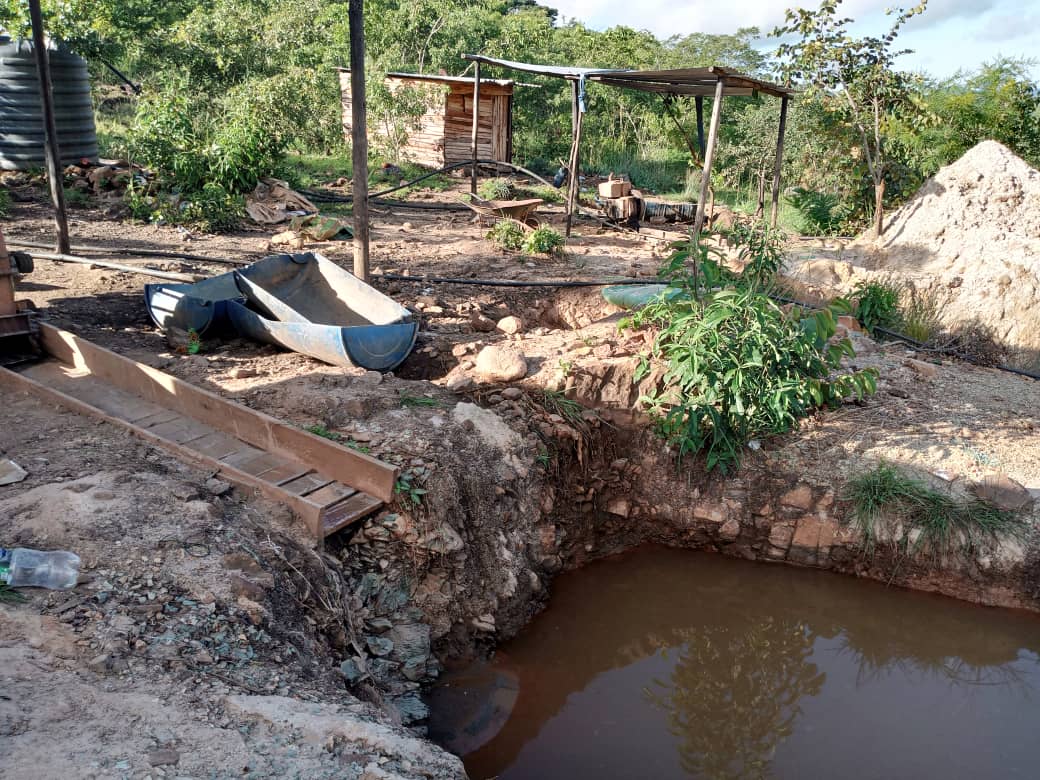 CIVIL society groups have flagged President Emmerson Mnangagwa’s government over continued rampant leakages of gold in Penhalonga, where artisanal miners and a company owned by his ally Scott Sakupwanya are mining the precious metal.

The pressure groups now want the parliamentary portfolio committee on Mines and Mining Development to open investigations and pressure the government to stop the crisis that is worsening by the day.

The mining operations of Better Brands are under the supervision of judicial managers who are trying to rescue the mine which fell into a debt abyss during the Metallon Gold days.

At its peak, Redwing Mine produced an average of 30 kilogrammes of gold (US$1.8 million) a month.

But investigations by The NewsHawks revealed that at the moment the mine is remitting to the government’s gold-buying agent Fidelity Refiners and Printers between 3.8kg and 5.6kg.

Illegal artisanal miners commonly known as mashurungwi have invaded the gold fields which span tens of hectares of land where they now mop up the gold and sell it on the parallel market.

Sources say the artisanal miners, some of whom are conducting questionable operations, actually came into the area with Sakupwanya’s concurrence.

On the other hand, some of the artisanal miners are committing all sorts of crimes, ranging from stealing from locals to human rights abuses like unleashing brute violence.

In addition, the artisanal miners are causing serious land degradation through crude open-cast mining methods which leave deep pits that pose a threat to humans and wildlife.

James Mupfumi, the director for the Centre for Research and Development (CRD), a civil society  organisation which conducted investigations into the goings-on at Redwing Mine in Penhalonga, told The NewsHawks in an exclusive interview that the situation in the area is getting out of hand.

“Parliament has a responsibility to track possibilities of money laundering and illicit financial outflows in Zimbabwe’s gold trade with Dubai because nothing is accruing to Zimbabwean citizens from its gold,” said Mupfumi.

“We are concerned about zero accountability and loss of lives in mining activities at Redwing Mine in Penhalonga. The shielding of human rights abuse in gold mining by government requires Parliament to hold the executive to account.

“Gold is being looted in clear violation of environmental rights by government. The Mnangagwa-led government has virtually frozen the law in gold mining in total violation of the constitution,” he added.

There are allegations that police bosses in the province are not taking action on illegal miners because they are receiving bribes in the form of cash and gold.

“We can’t just start speaking about illegal gold mining before we create a relationship. I do not know you and am not sure that you are a journalist because there are a lot of people claiming to be from the media yet they don’t belong there,” he said.

Sakupwanya did not respond to messages while Redwing Mine’s judicial manager David Hofisi did not answer calls when sought for comment.

Investigations by The NewsHawks revealed that while the major leakages and land degradation cases are centred on Penhalonga, the scourge has since spread to other areas in Manicaland where the illegal miners use the same modus operandi in mopping up gold with impunity.

The areas include Buhera around Sabi Star Mine, Premier Estate, Nyamukwara and Nyakaunga Stream, all in Mutasa district. Illegal mining activities are also happening in Nyanga areas of Chisero, Nyazingwe and Nyamukondoza.

Mupfumi said his organisation had established that there are some illegal gold milling machines and hammer mills which have been set up in these areas by politically connected persons.

Mupfumi estimated that about 7kg of gold was being smuggled every night from the various illegal concessions.

Farai Maguwu, the Centre for Natural Resource Governance director, said his organisation had conducted research into the issue of gold leakages.

“I cant pre-empt our findings now before we release our report,” he said.

Maguwu, who became famous after exposing illicit financial at the Marange diamond fields, said the organisation’s report is expected out soon.

Chairperson of the Parliamentary portfolio committee on Mines, Edmund Mkaratigwa, who is also Shurugwi South MP, said he was aware of the disturbances in Penhalonga.

He revealed that the committee once visited the area as part of its gold enquiry exercise.

“There are activities of criminal nature being witnessed in the area. They may not necessarily have to wait for us as we have tried to look at the broader legal, policy and administrative framework in that respect,” he said.

“In fact, it means the security arms of government should move in unless there are strategic solutions. Negative operational issues speak to inefficiency and ineffectiveness, issues which we addressed in our submissions and continue to help undo, through all powers and abilities at our disposal,” he said.

“We continue to condemn any form of lawlessness at any level and the country has structures throughout the country to deal with these issues collaboratively and innovatively using available resources. We however remain open to attend to any issue that requires our attention,” said Mkaratigwa.

Geogenix BV bosses jet in to save collapsing Pomona deal