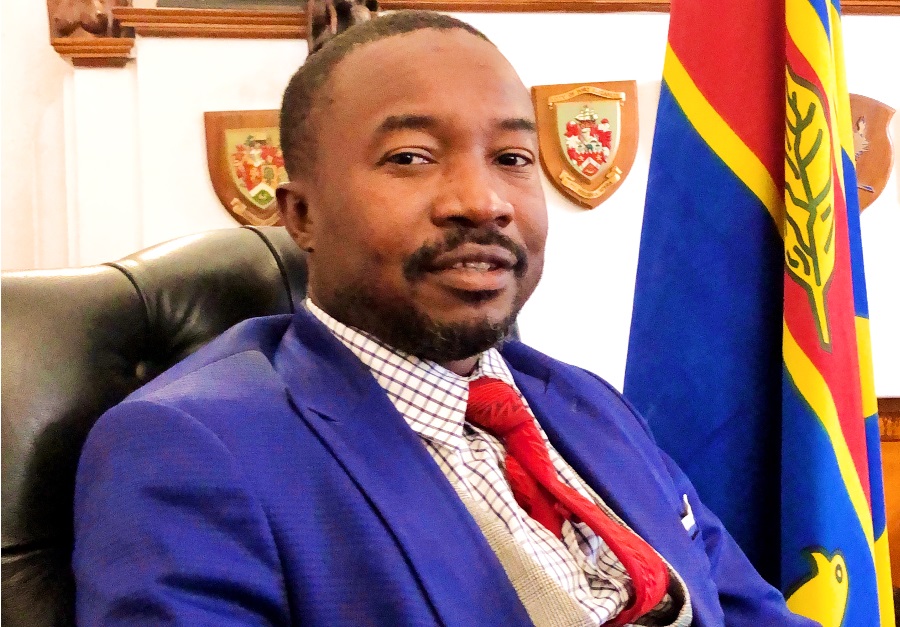 GEOGENIX BV bosses who run the company behind the controversial US$400 million Pomona waste-to-energy deal flew into the country on Thursday in time for crucial talks with Harare mayor Jacob Mafume (pictured) and his team as they desperately seek to rescue the collapsing project that has been criticised by residents.

The bosses, led by the Netherlands-based company’s global chief executive officer, held a meeting with Mafume, town clerk Phakamile Mabhena Moyo and other officials in which they argued on the need for Harare to honour its contractual obligations.

However, the team that also included its Zimbabwean representative Delish Nguwaya could not immediately grant interviews to the Press, saying they will only speak after the tour of Pomona dumpsite, expected on Friday.

Mafume confirmed the meeting on Thursday night, saying: “We met, they raised their issues and we explained the council resolution.”

“We asked them to put their issues in writing, which they promised to do, so that we see where we are having departure points. But as council we are for everyone, we meet with everyone and we hear their concerns. At this point, we have processes that we have started and we will talk with (everyone) be they government, be they investors, so that they understand where we are coming from as council.”

“We explained the council resolution, the issue of contract and contractual obligations, but I am sure they will put a full and better description on Friday morning when we are going to get what they are saying.”

Council last week resolved to suspend the deal entered into by MDC-T councillors at the behest of Local Government minister July Moyo who insists the transaction was above board and had the blessings of the Zimbabwe Development Agency (Zida).

An eight-member team was set up to probe the deal and report to council within 14 days.

“Their first letter was simply saying abide by the contract which is what they are entitled to do. What we are going to do is to hear their concerns and take them back to council if need be and see where we go from there,” Mafume said.

Asked whether council is likely to reverse its resolution, Mafume said: “No, we have a council resolution and what we want to do is look at what they are saying.”

“The only way to look at the council resolution is by reversing it or court action, therefore we have to have reasons so we look at their reasons, if they make sense, they make sense, but what we are clear about is what the residents have told us and what we will do is always in consultation with residents and we have set up the investigation committee and if they appear before that and we will get guidance from them.”

Residents have described the deal as corrupt as council is expected to pay US$22 000 a day for dumping waste at Pomona site, which is owned by the local authority.